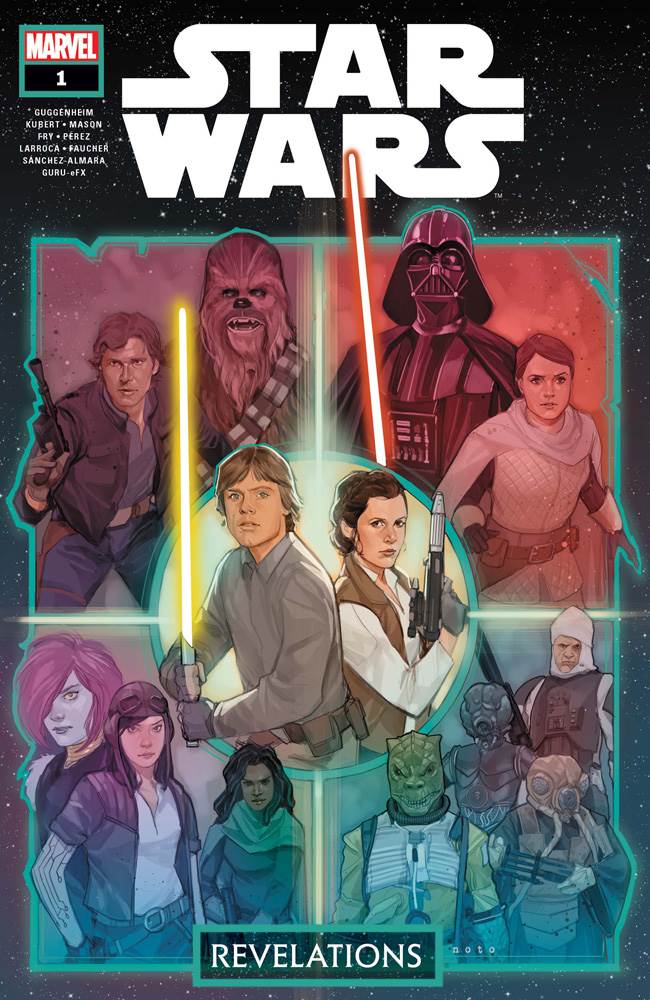 We’ve arrived at a critical juncture in Star Wars comic storytelling, as the narrative of Marvel’s four ongoing series (Darth Vader, Doctor Aphra, Bounty Hunters, and the flagship Star Wars title) approach the events of Return of the Jedi.

That explains the existence of Star Wars: Revelations, a one-shot release written by Marc Guggenheim (of the Star Wars: Han Solo & Chewbacca miniseries) that acts as a sort of jumping-on point for this next phase of the interconnected story. 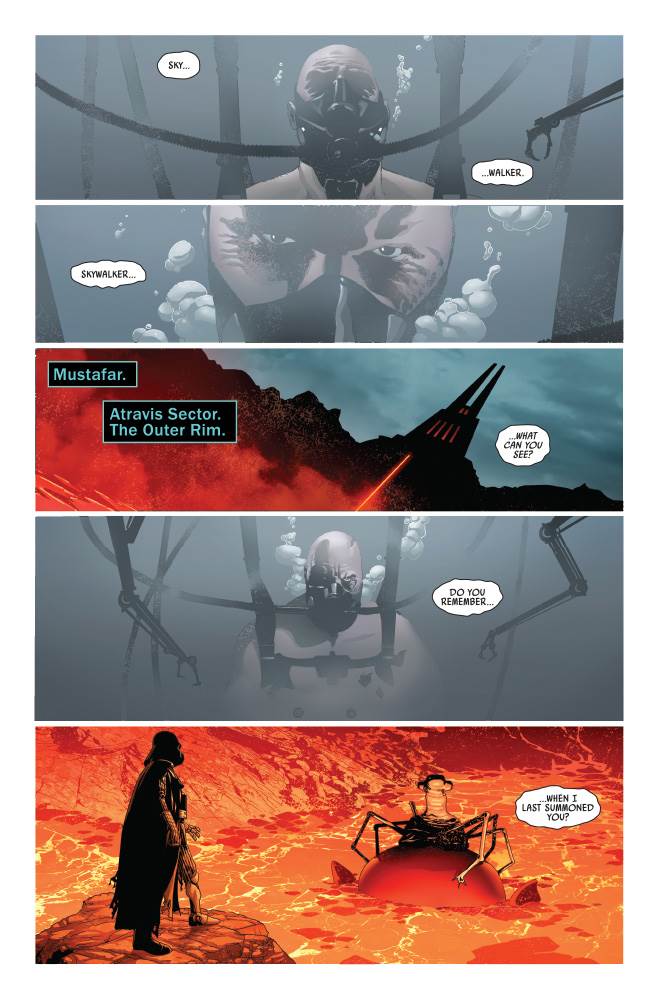 Star Wars: Revelations #1 opens with Lord Vader being summoned back to Mustafar’s Eye of Webbish Bog (see the Expanded Edition of The Rise of Skywalker and Darth Vader Vol. 3 #7-8 for more on that enigmatic being), who proceeds to show him the future– or possible futures, as the Eye makes clear, of the many tangled webs we’ve been following throughout the current Star Wars comics. We see the former Naboo handmaiden Sabé becoming a helmeted rival for Vader among Emperor Palpatine’s dark-side lackeys, we see a mysterious ancient droid named Ajax Sigma who once led a cybernetic uprising before being deactivated during the High Republic era, and we see its neural core preserved and passed down through generations until it is buried by Han and Chewie, then ominously unearthed and resurrected by new followers. Vader also learns about Dr. Chelli Lona Aphra’s recent possession by the artificial intelligence known as the Spark Eternal, bounty hunter Beilert Valance’s upcoming conflict with his former allies, and Luke Skywalker’s Force vision that will ultimately lead him to an encounter with Ajax Sigma. But Vader is having none of it, dismissing the Eye’s prognostications as “riddles” that mean nothing to him. 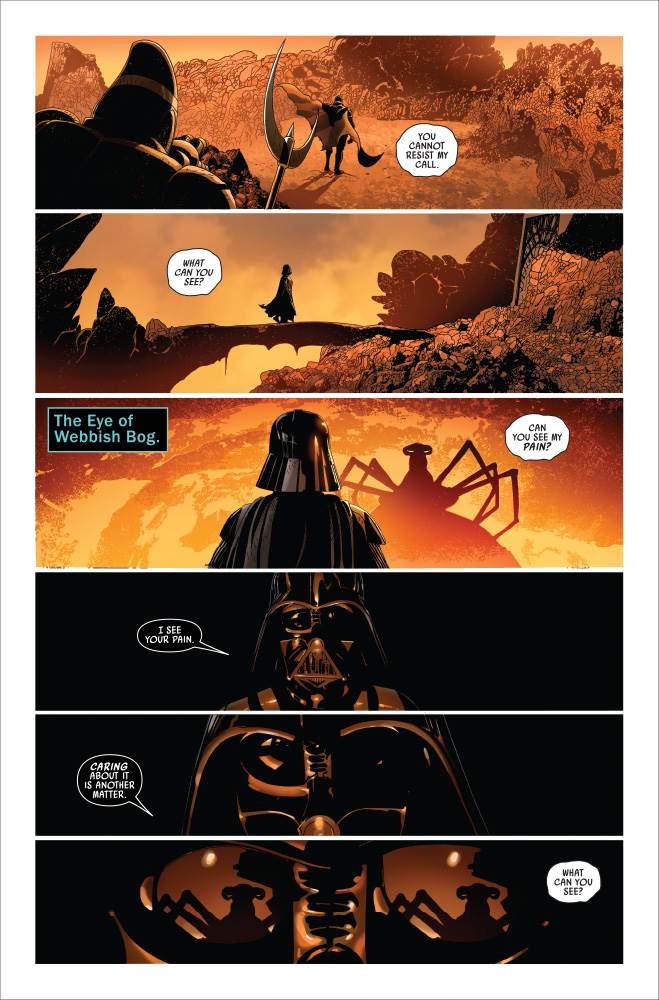 By the end of this issue, however, at least one of the Eye’s predictions begins to come true– Vader is ordered to track down and recover the Fermata Cage (most recently seen in the pages of the Star Wars: Hidden Empire crossover event), a mystical weapon capable of summoning a long-dead Sith Lord who’s been frozen in time… specifically the designer of Vader’s Castle, Darth Momin, as we learn in Revelations. Then readers are treated to four two-page excerpts from recent issues of Star Wars, Darth Vader, Doctor Aphra, and Bounty Hunters as a promo to entice those who may not already be regular readers of these titles. I really enjoyed Star Wars: Revelations, as I think Guggenheim is a good writer and the five separate teams of artists, inkers, and colorists who collaborated to put this release together have all combined their unique talents to memorable effect. But I have to wonder why Marvel and Lucasfilm Publishing are telling us so much about the story points coming up in these comics, through Vader’s eyes as he’s informed by the Eye of Webbish Bog (who I always appreciate seeing in visual form). I do almost wish I could have discovered all of these upcoming plotlines as they actually occur instead of through the Eye’s visions, but at the same time I find myself intrigued and excited by what’s coming down the line, even as someone who would have bought and read all these comics anyway. So I guess that was the point– a tantalizing teaser for future events told in-story through an underutilized (and wonderfully bizarre) supporting character.