“Saying goodbye to a show that has been running for 15 seasons is painful,” explained Aisha Tyler from the hit CBS series Criminal Minds, which concluded on February 19th, 2020. In the era of streaming, the co-production between ABC Signature and CBS Studios gets a revival for a 16th season, rebranded Criminal Minds: Evolution, premiering on Thursday, November 24th exclusively on Paramount+ in the U.S. Aisha Tyler joined her costars at a recent TCA press conference for the new 10 episode season. “In that last season, there was like a lot of hugging and a feeling like the last few days of summer camp. A part of that was just feeling like there was a dream team assembled that was working together really beautifully and that we could keep doing that forever.” 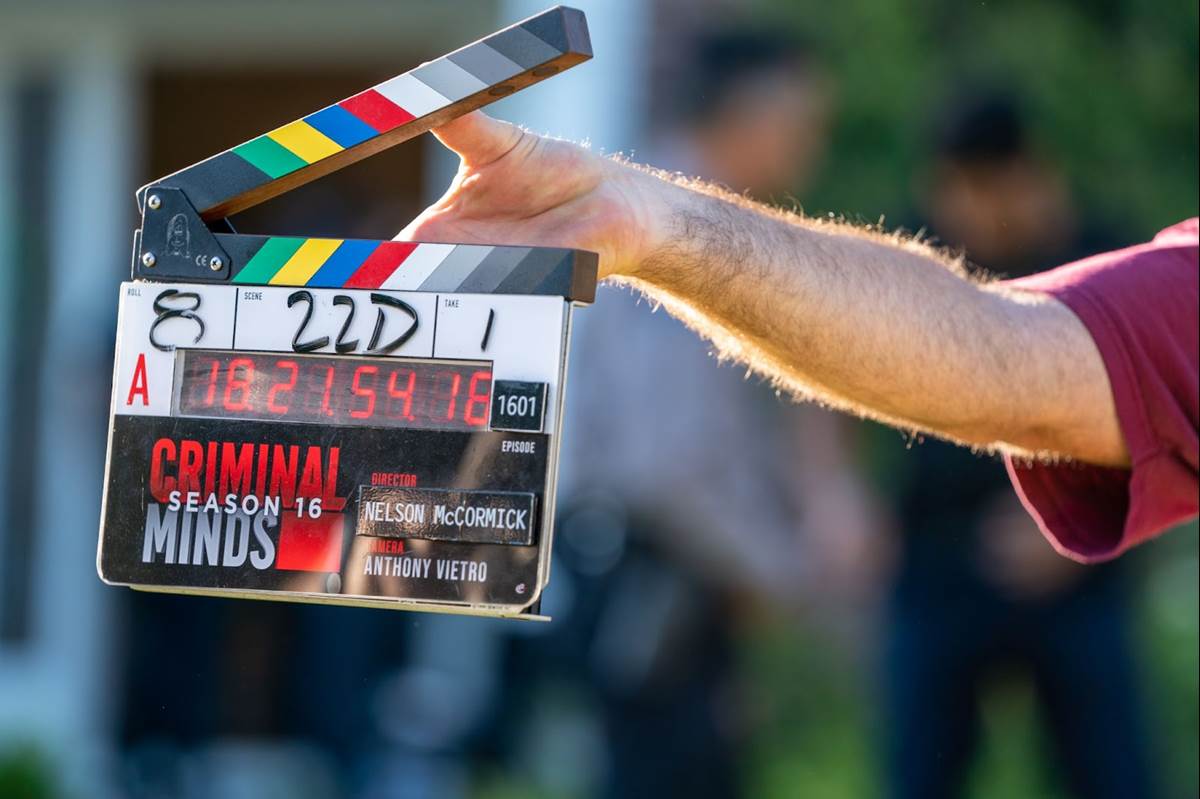 “We start in the first two episodes really seeing Rossi in a new light,” showrunner, writer, and executive producer Erica Messer revealed about where the series picks up, filling in audiences on what they missed in the lives of the protagonists during the gap in time. “When the core of the team is not in a good way, there's a ripple effect throughout every relationship that he has. We wanted to honor this journey of grief that a lot of people have been through, certainly since we've last seen them, and we put that burden onto Rossi's shoulders. And Joe [Mantegna] beyond delivers an emotional roller coaster with Rossi.” The team bonds together in support of David Rossi, although some characters won’t appear in this season. “Our hope is that the team members that we ended the series with on CBS will be able to come back and play at some point. But everybody does have other projects, and the timing, we started shooting in August, and we're going to be wrapped in December because it's a ten-episode season. So there was a short window to try to get all of our friends to play, and we weren't able to make that commitment.” Erica did offer a hint though, that eagle-eyed viewers will notice that Dr. Reid and Matt Simmons' desks still have their belongings on them, waiting for their return to the office.

The original Criminal Minds may have ended, but the door was always left open for more. “Erica was really smart about the ending of the show because we didn't want it to end,” explained A.J. Cook, who returns as Jennifer "JJ" Jareau. “The idea of all of us still out there fighting bad guys and fighting crime was really the best way to go about it,  because it wasn't an ending. You still had hope that these guys were out there doing their thing. And to me, that left hope, and it left it open-ended for perhaps this thing to come forth in the future, which it has. It's hard to please everybody. But I loved that everyone was sort of happy in their lives and continuing on. And you didn't have a sense of, ‘Oh, it's over.’ I thought Erica was really clever with that.”

“I directed Episode 3,” Joe Mantegna shared, who directed 9 episodes of the original series in addition to starring as David Rossi. “A.J. Cook's going to direct one, Aisha's going to direct one, and Adam Rodriguez is also going to direct one. So it's nice that the four of us, who have done episodes in the past, have gotten another shot. It was very enjoyable. I got to do a lot of the work with Zach [Gillford]. In that episode. Much more will be learned about that guy and what's going on. And he's been a great, incredible addition to our show. It was wonderful to get another opportunity to be the person that steers the ship for those eight shooting days that we do.” 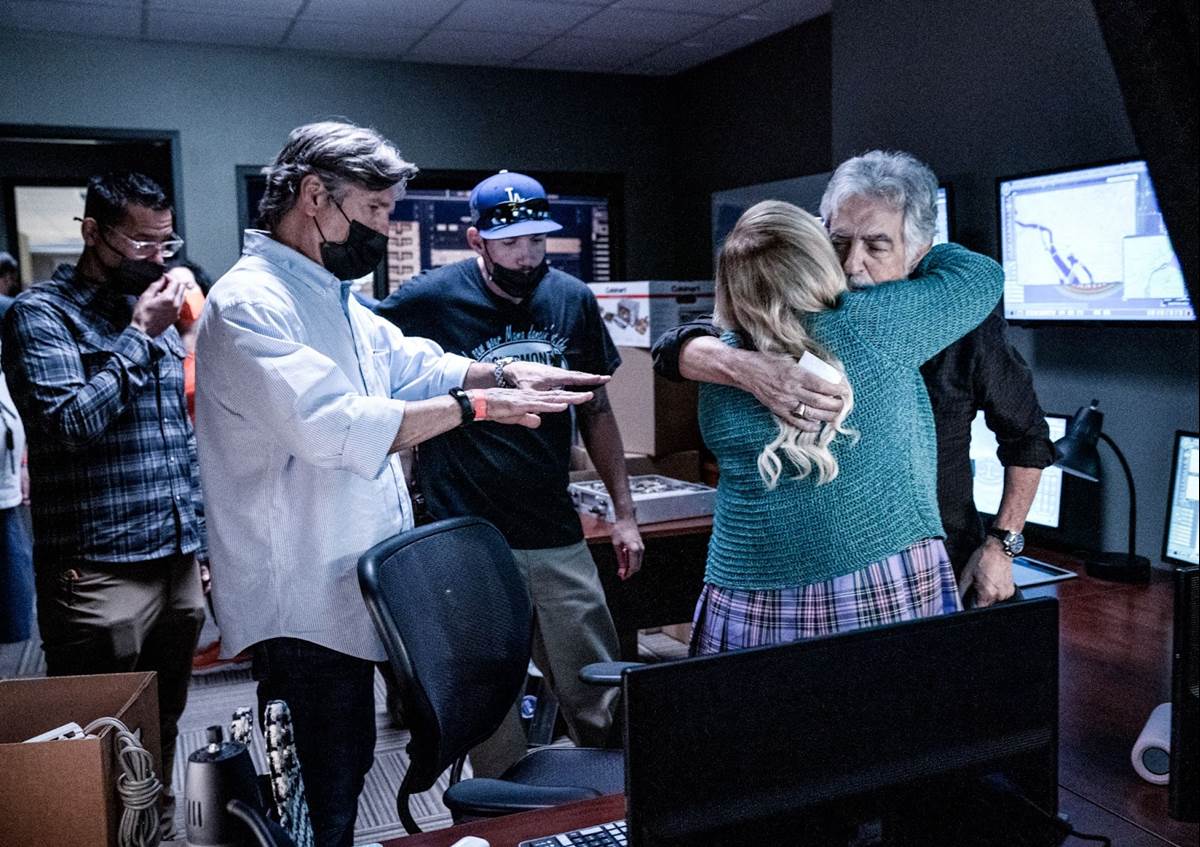 “It's been amazing being on the show,” gushed new cast member Zach Gilford, who plays Elias Voit. “Everyone is so great and nice and fun to work with. And getting to do an episode with Joe, I grew up in Chicago, so he's like a legend to me. I was a little star-struck. But we're shooting the scene, and he goes, ‘Okay, and then you're going to walk over here, and then we'll cut, and I'll yell, ‘Cut.' And I was like, ‘Did you just line-read your directing?’ He's like, ‘I'm an actor. I can't help myself.’ I could not stop laughing because I've never seen a director do that before.”

“We were all excited, we were all on board and fought for it,” exclaimed Paget Brewster about the easy decision to return to the role of Emily Prentiss. “There were no hard feelings. But especially thank you, Paramount+, for giving us the opportunity, giving Erica the opportunity to create a slightly different new Criminal Minds. And to have Zach and this ongoing bad guy is just so exciting for all of us. To get to tell a slightly different story is really exciting.”

“We all knew we had a golden ticket,” concluded Kirsten Vangsness, who plays Penelope Garcia. “We got to do it for  so long, and we all love each other so much. We spent all of the time on that last season really soaking up just being together and being in the moment.”