If you put Mean Girls, Heart and Souls, The Sixth Sense, and Casper in a blender, the gooey substance that pours out would create Darby and the Dead. A new teen comedy from 20th Century Studios launching Friday, December 2nd on Hulu, the film takes a paranormal approach to the high school experience while delivering a story that’s ultimately about distinctly human interactions. It’s got heart, it’s got soul(s), and it might occasionally make you laugh. 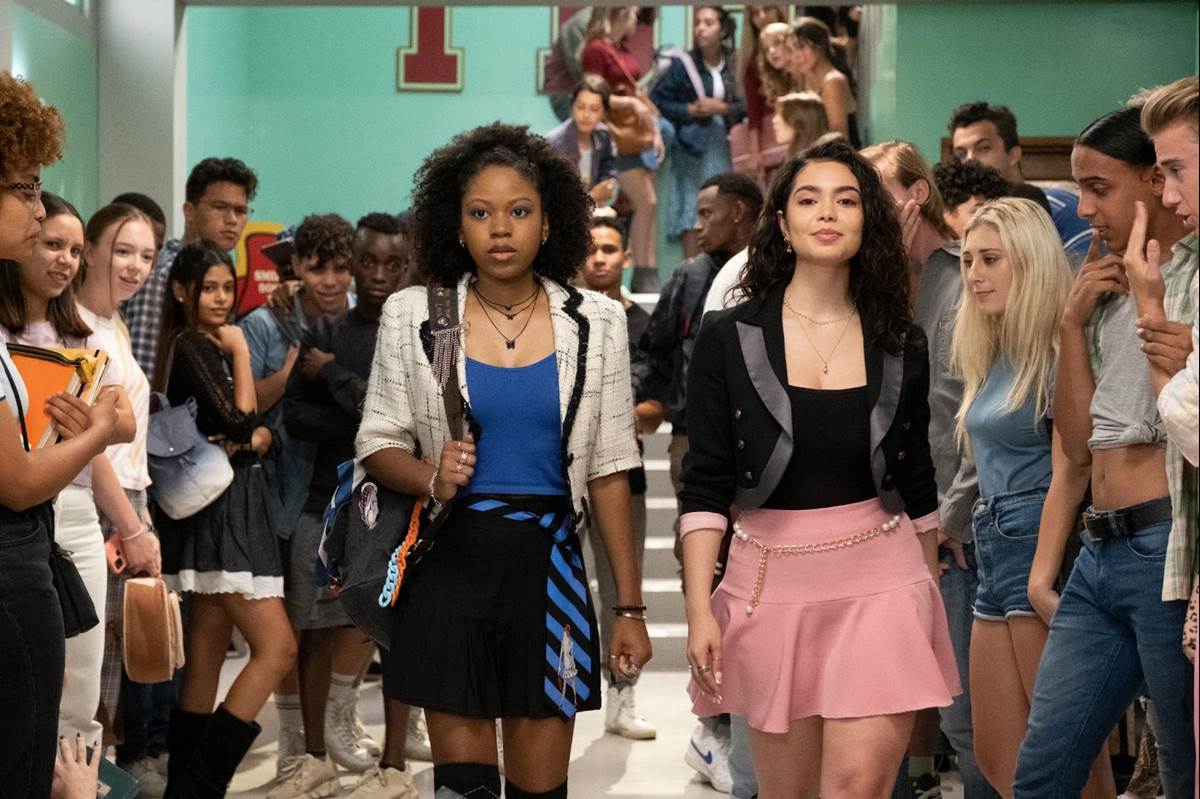 Darby Harper (Riele Downs) spends her days avoiding peers and her nights helping souls move on, a gift she inherited as a child when her mother passed away. When her school bully Capri (Auli’i Cravalho) dies, Darby finds herself doing Capri’s bidding in an effort to get rid of her. But in doing so, she inadvertently becomes popular and gets caught between the boy who liked her for her (Chosen Jacobs) and Capri’s ex (Asher Angel), who likes the Capri clone she’s become.

Darby and the Dead may be a bit of a Frankenstein plot, but I imagine modern teenage audiences unfamiliar with the sum of its parts will be enchanted. It’s not better than the apparent sources of inspiration, with the Mean Girls components lacking any quotable lines (instead, it quotes “Fetch” in the introduction to Capri’s posse). The Sixth Sense is also quoted, with Darby’s fourth-wall-breaking introduction whispering “I see dead people,” although there aren’t any M. Night Shyamalan plot twists to surprise viewers. Darby’s burden of having to help lost souls move on feels most akin to a lesser-known Robert Downey Jr. rom-com from 1993 called Heart and Souls in which four spirits are tied to a human who must help resolve their unfinished business in order to be free of them, meanwhile receiving love advice from them. And Darby’s longing for her departed mother feels plucked right out of 1995’s Casper, predictable reunion and all.

While the plot feels upcycled in every way, where Darby and the Dead truly shines is with its two stars. Auli’i Cravalho, best known as the voice of Disney’s Moana, relishes playing a self-absorbed popular girl. She brings along her usually softer side, giving Capri some warmth in addition to her hubris. And Riele Downs, recognizable to fans of Nickelodeon’s Henry Danger, walks the fine line between playing an unapproachable character who is also likeable to viewers. Darby is the type of character that would usually be in a supporting role, but with Riele’s natural charisma and the film’s first-person narrative, viewers will stay invested in her.

Despit the presence of Wayne Knight (Seinfeld) and Tony Danza (Who’s the Boss?) in supporting roles as Darby’s closest ghostly friends, Darby and the Dead lacks any truly funny moments. Some scenes likely would’ve played better in a black comedy style, such as Capri’s death, which instead comes off as slapstick. It shys away from any macabre elements, which could’ve added some Beetlejuice-esque comedy about the afterlife. And for a teen comedy from a studio, it plays more like a Freeform original movie, barely earning its PG-13 rating.

The biggest issue with Darby and the Dead is that it’s very forgettable. With four better films seemingly recycled into this plot, it really leaves you wanting to go and rewatch those. Since it’s on Hulu, only one of those titles (The Sixth Sense) will keep you within the Disney Bundle. You’ll have to patronize the competition in order to enjoy the rest.

I give Darby and the Dead 2.5 out of 5 hair straighterners.

Darby and the Dead premieres Friday, December 2nd on Hulu.