Lucasfilm’s Willow sequel series has reached the conclusion of its first season on Disney+ (and yes, it is heavily implied that there will be further seasons, both on the Disney+ menu and in the episode itself, but we’ll get to that later), as our heroes have found their way across the Shattered Sea to the Immemorial City, where Airk Tanthalos (played by Dempsey Bryk) has now been possessed by the Crone and her minions.

Willow’s season finale, entitled “Children of the Wyrm,” begins with Elora Danan (Ellie Bamber) and her companion / Airk’s twin sister Kit (Ruby Cruz) confronting the Prince of Tir Asleen in the heart of the Immemorial City.

But Airk insists that nothing is wrong, that he has indeed “found the way” and that the Crone has simply been misunderstood in her question to control the realm. This insistence is far from reinforced by the monsters known as the Gales boxing in our protagonists, preventing their escape. Meanwhile on the edge of the Shattered Sea, the other heroes begin leaping one-by-one off the waterfall in pursuit of Elora and Kit, with Thraxus Boorman (Amar Chadha-Patel) being a last-minute holdout, though Willow himself (Warwick Davis) seemingly opts to return home, wishing his companions well in their perilous task. Back in the Immemorial City, Kit and Elora meet Lili (Rosabell Laurenti Sellers), who at this point we know is merely a deceptive front for the Crone. Lili entraps the two women in a dream-like fantasy realm with Airk, who proposes to his “Dove,” while a vision of Sorsha (Joanne Whalley) tempts Kit with the life she always wanted. As Boorman, Graydon (Tony Revolori), and Jade (Erin Kellyman) approach the temple, they are turned to stone by an approaching dust storm, but in the fantasy Elora manages to snap out of it and reject Airk’s advances, rebuking the Crone. 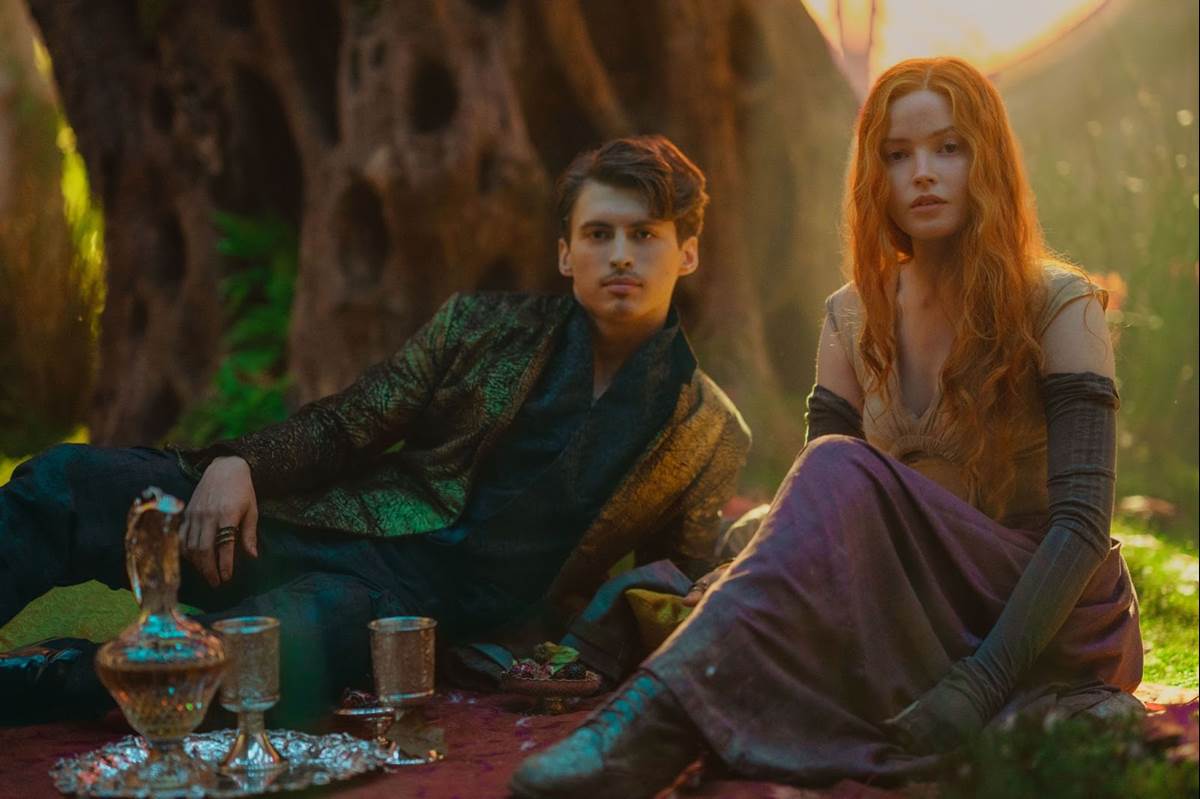 Then Willow shows up to interrupt the imaginary wedding and face off against Lili, who quickly reveals her hideous true form. There’s a big, climactic battle between all the characters and the forces of evil, as Elora unleashes her magical powers, Graydon begins to embrace and utilize his, and Kit is bestowed the Kymerian Cuirass by Boorman, proving herself worthy of its ownership. During the conflict, the Crone (played by Jane Carr after her transformation) casts Graydon out through the temple’s portal into the realm of the Wyrm– a sleeping “harbinger” intent on enslaving the world (basically the “big bad” of the entire series, as established here). But Willow, through magical telepathy, is still able to give a grieving Elora Danan an inspiring speech that allows her to defeat the Crone and at least temporarily save the day. However, with her last breath the Crone further enchants Airk, forcing a final confrontation between our heroes and the captured prince they set out to rescue at the beginning of the series. Thankfully, through the magic of happy memories and the enduring love between siblings, Kit is able to reverse Airk’s possessions and bring him back to the light, with the questing party heading off into the sunset… though Elora looks back with regret at Graydon’s ultimate fate. 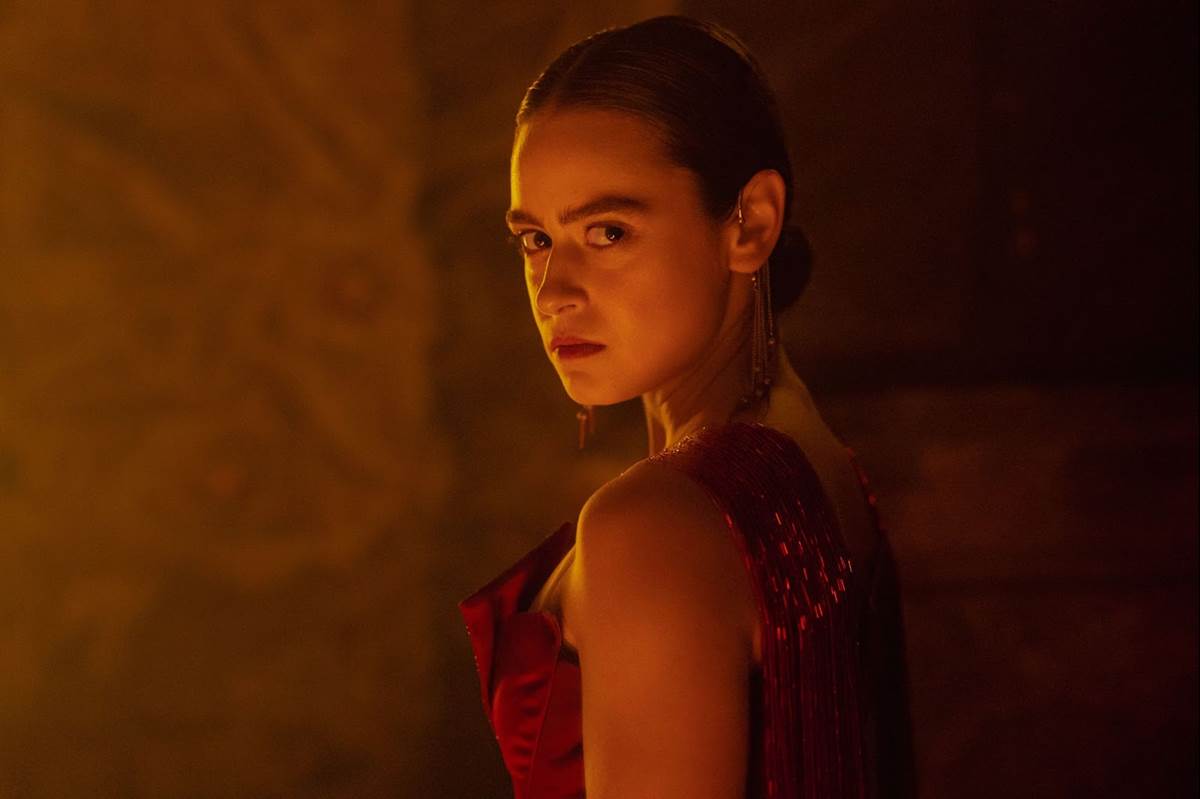 But that’s not all for Graydon, who in the final scene wakes up to find himself in the battle-strewn wasteland from Willow’s visions earlier in the series. There, he comes across what seems to be Elora, who is dressed in a much darker outfit and insists that Graydon stand by her side in the coming crusade. The episode concludes with Dire Straits’ “Money for Nothing”– not a cover, but the original version with Mark Knopfler vocals– which struck me as the first time the anachronistic end-credits music didn’t really work for me, mostly because of lyrics referencing refrigerators and color TVs (though I get the joke). But I thought the episode on the whole was fairly decent, as finales go, and I got a kick out of the mid-credits sequence wherein we discover that this was only the first chapter of what I’m now assuming is a three-season plan for Willow on Disney+. While I’d call season one hit-or-miss overall, I felt that this finale was a pretty accurate representation of what the series was all about, both tonally and content-wise. There are highs and lows here– the fantasy sequences reminded me a lot of my favorite mid-80s kids movies like Labyrinth, for better or for worse– but I ended up walking away liking most of the characters and curious to see what would happen next. Looking back on the eight episodes we got this year, I still kind of wish showrunner Jon Kasdan had found a better balance between goofy irreverence and straightforward adventure, but the parts that worked were enough to overcome that obstacle. If Willow really is returning for both a second and third season (and I hope it is), I could see the creative team only improving in their efforts to flesh out this universe as they continue to find their footing. The full first season of Willow is now available to stream, exclusively via Disney+.