Fox’s Stuber is the type of film that I would’ve gone out of my way to see in my teenage years or early twenties. But I grew out of this brand of over-the-top testosterone-heavy action comedy years ago. That’s why I was shocked to find myself laughing so hard my sides hurt.

Kumail Nanjiani takes a tired, washed-up premise and breathes new life into it. He’s so incredibly likable and quick witted, but I know him best from his brilliant social media presence. While the premise is far removed from The Big Sick, the fans he picked up on that film should give this one a chance despite appealing to a different audience. 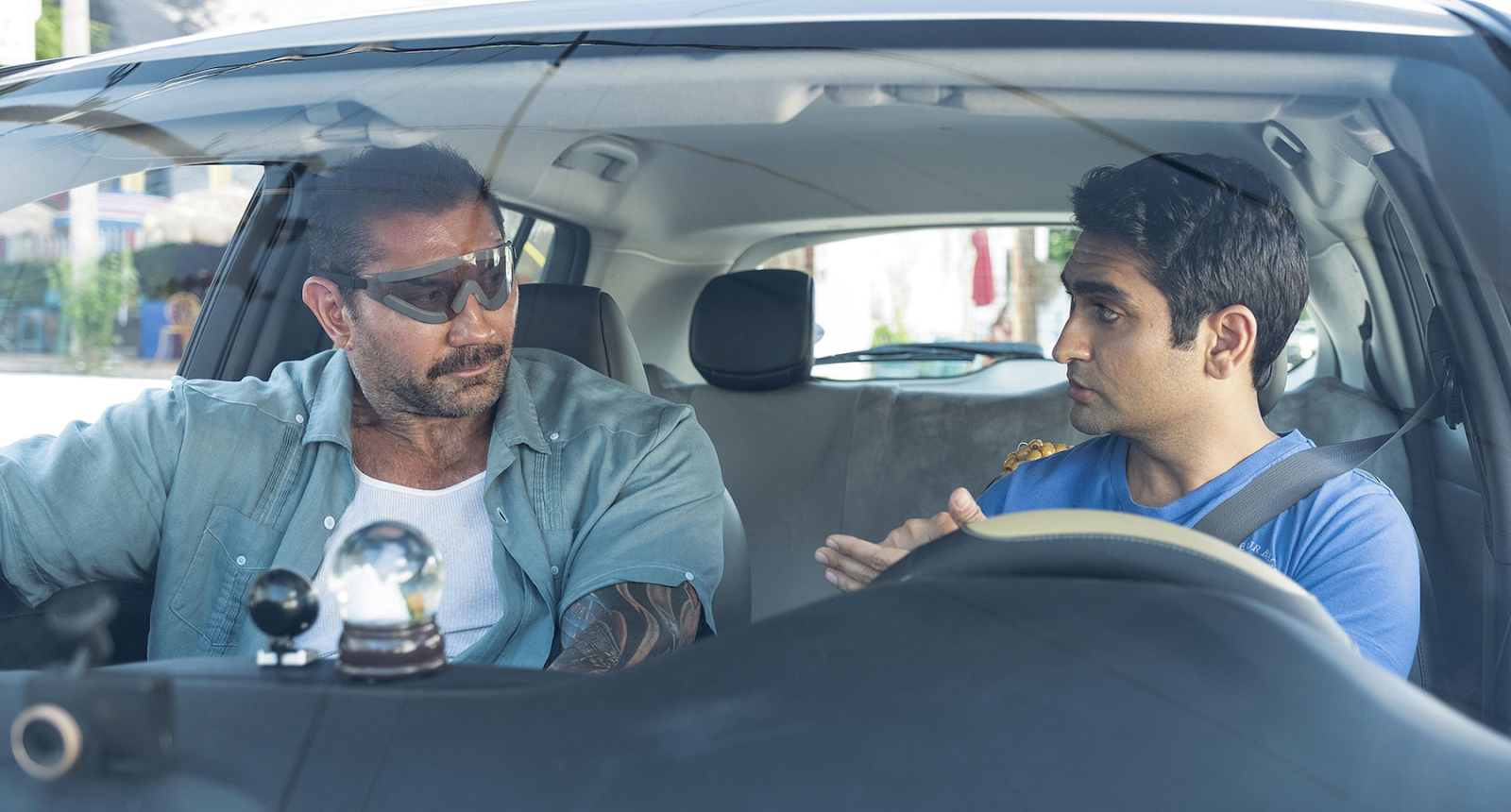 Stu is an Uber driver by night who works an unfulfilling retail job by day and spends his free time pining for a girl who has him locked in the friend zone. Vic (Dave Bautista) is a detective who recently lost a partner (his Guardians of the Galaxy costar, Karan Gillan) and gets a lead on her killer shortly after having eye surgery. Using Uber for the first time, Vic is picked up by Stu, who finds himself on a wild adventure that might give him the courage to take charge of his own life.

Having never seen his wrestling work, it took me a few minutes to adjust to watching Dave Bautista in a role without grey and green makeup. The part seems right up his alley at first glance, but I was surprised by the range of emotion it required. Drax is sort of a two-note character, so it’s nice to see Bautista in a more challenging part and he rises to the occasion. It’s the subtle, emotional moments that feel like he’s flexing his acting muscles over the heavy action sequences that seem effortless for this beefcake. 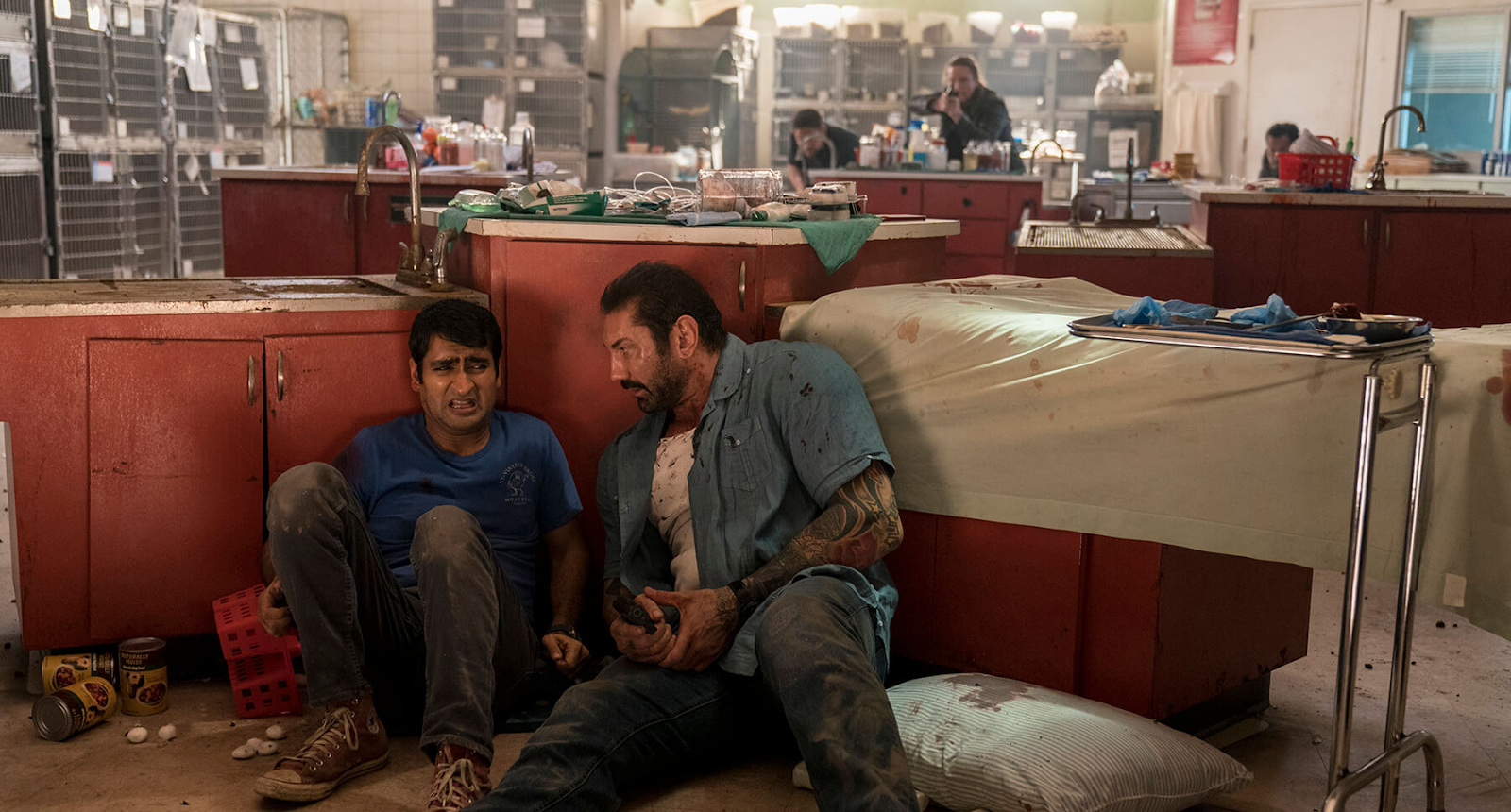 Being an R-rated action comedy, audiences should expect an onslaught of raunchy jokes and moments of comedy through tragedy. For example, there’s a sequence where bad guys are essentially being slaughtered with bullets for laughs in slow motion set to classical music. It has a lot of dark and twisted humor, but it’s done very well and while you may feel a little guilty for it, you’ll laugh until it hurts.

If you’re interested in seeing Stuber, I recommend seeing it on the big screen early in its run. Many of the laughs come from shock value and it’s more exciting with a packed audience laughing as hard as you are. Being an action comedy, it also has a few exciting moments that are more thrilling at a cineplex than they will be in your living room in four months.

I give Stuber 4 out of 5 five-star ratings.