If you haven’t had the chance to check out Incredibles 2, you’re really missing out! The family of Supers returned to the big screen for a sequel that was just as good if not better than the first. Don’t worry, we won’t spoil the plot, but we will tell you that Jack-Jack was the “breakout star” of the film — much like Boo was in Monster’s Inc. So while we’re all giddy talking about the Super baby, Disney’s decided to drop a “How To” video on YouTube yesterday. Show artist, Stephen Ketchum is a Cast Member at Disney’s Art of Animation Resort at Walt Disney World. When he’s not making videos for Disney’s YouTube Channel, he’s busy teaching guests how to draw their favorite animated characters. Ketchum gives us step by step instructions on how to draw Jack-Jack Parr and it’s surprisingly easier than you’d think. Here’s the little sketch we did after just one viewing: 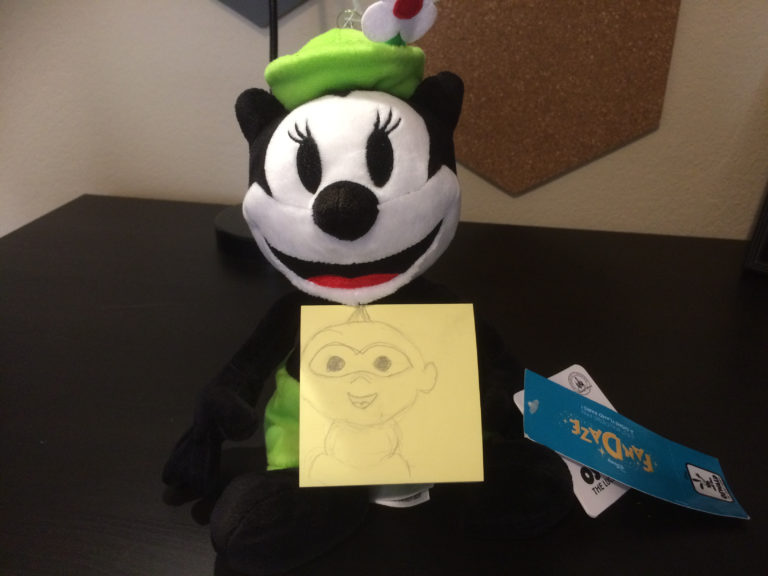 What did you think of this video? Which Disney character is your favorite? Let us know!