Has your dedication or love for a hobby ever turned into a job? While that might be a dream only scenario for many of us, it turned out to be reality for one Cast Member. Meet Dave Hartmann. Hartmann is a cast member at Fantasia Gardens in Walt Disney World and has been with the company for 11 years. He’s played over 550 games on the course since 1996. As the story goes, Hartmann and his wife were visiting Walt Disney World when they drove by Fantasia Gardens. Intrigued, the two stopped to play a round of miniature golf and Hartmann liked it so much, he kept coming back. From 1996-2007 he played so much the manager of the course said he should work there. 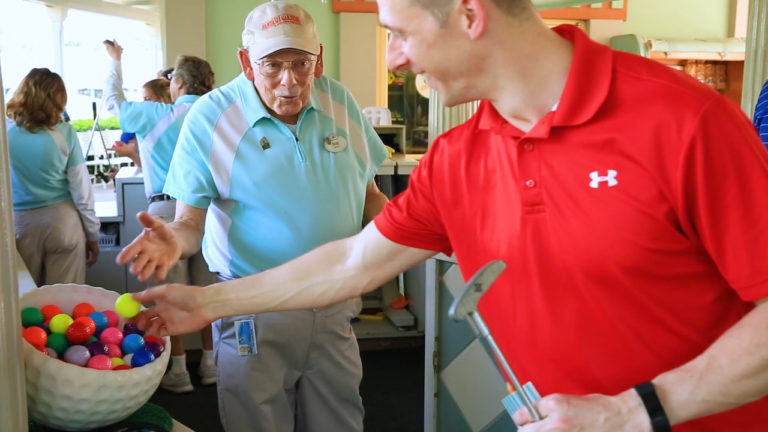 Have you had the chance to play the Fantasia Gardens course at Walt Disney World? If so, what way your best score? Let us know! Also check out our Recreation page for more fun activities to try on your next visit.