Thanos Visits “The Simpsons” for a Perfectly Balanced Couch Gag

For nearly 30 years, Fox’s The Simpsons has been out of balance. For more than 600 episodes, the iconic animated family and the cast of bizarre characters that populate Springfield have been left unchecked. That is, until now.

The all-powerful, infinity gauntlet-wielding Thanos visited the Simpsons for one of their legendary couch gags. Let’s just say, Homer and his family may not feel so good.

Looks like Maggie is the new daughter of Thanos. I guess the Marvel Cinematic Universe wasn’t enough for the Mad Titan. The Fox Animation universe is his latest victim. Perhaps the Family Guy and American Dad crews will rally to avenge the Simpsons.

This isn’t the first time The Simpsons couch has been taken over by a Disney-related gag. Animator Eric Goldberg put a Disney spin on the classic gag back in 2016. And of course The Simpsons and other shows have taken shots at the classic Disney attraction “it’s a small world.” 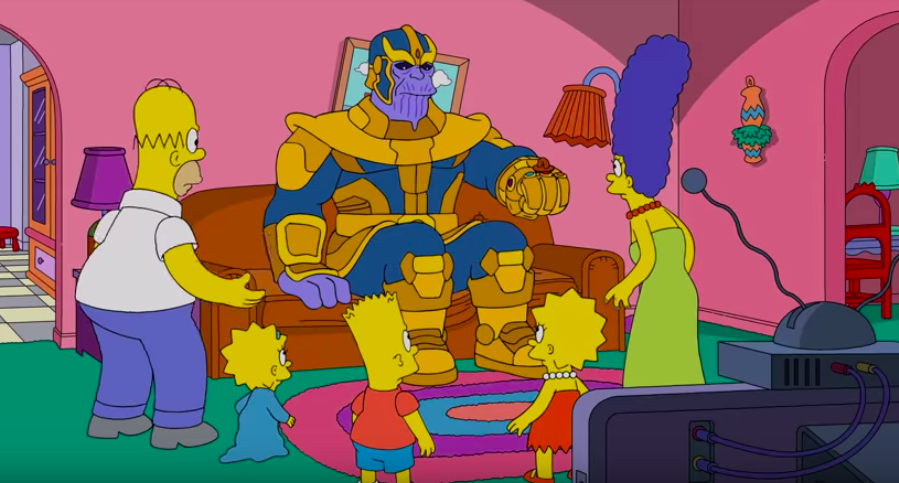 What did you think of this Marvelous new Simpsons couch gag? Let us know in the comments below.