You’ve heard of a five-tool player, but have you heard of a six-stone player? That is apparently exactly what Pittsburgh Pirates pitcher Joe Musgrove is, as he revealed a customized glove painted to look like the Infinity Gauntlet. 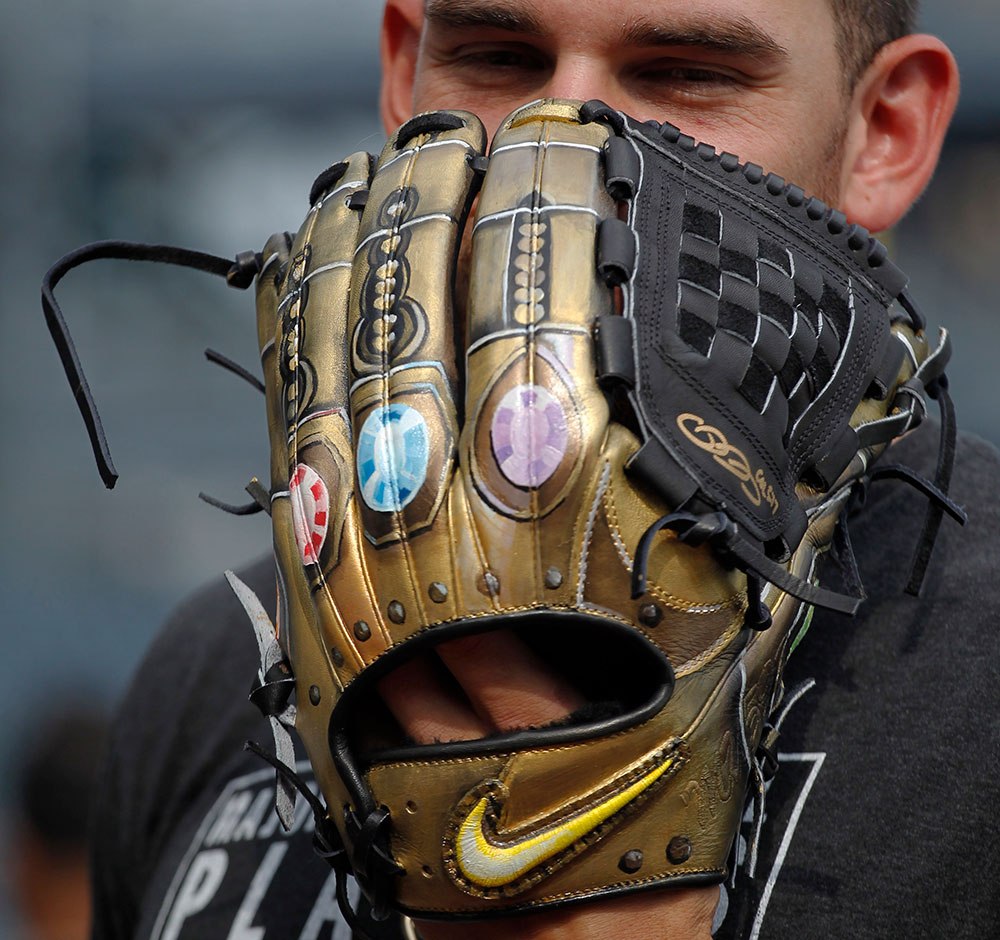 The gauntlet, made popular by Marvel Studios’ Avengers: Infinity War and Avengers: Endgame, is of course wielded by the Mad Titan Thanos in the films. In this case however, it is wielded by Musgrove thanks to an impressive customization job from Pittsburgh artist Cody Sabol according to USA TODAY Sports.

The glove made a brief debut earlier this week, which has of course made its way to the internet, but it will be back. August 23 marks the start of Players’ Weekend in Major League Baseball, during which players will wear jerseys with nicknames on the back and have the opportunity to use customized gear, such as an Infinity Gauntlet glove.