Welcome to Extinct Attractions. This week, we’ll be diving into the first Disney Parks show of all time, which even had performances before Disneyland opened. 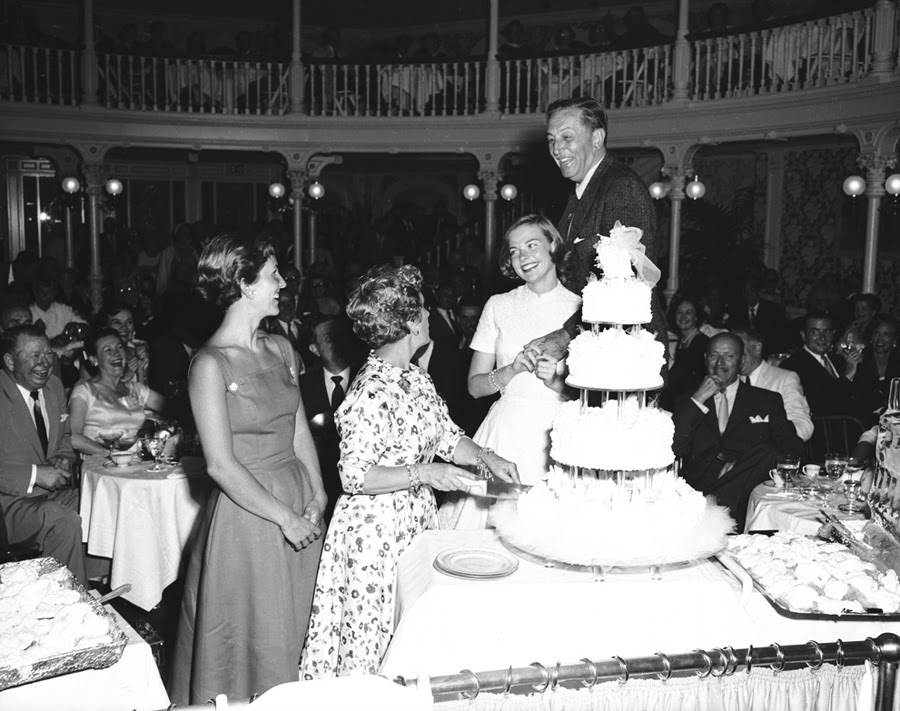 On July 13, 1955, Walt and Lillian Disney had a big 30th wedding anniversary bash at Disneyland as a preview of sorts for the park four days before it opened. The party was pretty much contained to Frontierland with the Mark Twain Riverboat being one of the highlights of the night. The night also featured some funny entertainment in the Golden Horseshoe Saloon with the stars from Slue Foot Sue’s Golden Horseshoe Revue performing a version of the soon to debut show for the guests there.

The anniversary party wasn’t the only chance for the show to rehearse because three days later, the Revue performed for corporate sponsors who came to Disneyland for a preview event. With these practices in, the Golden Horseshoe Revue was ready for business. 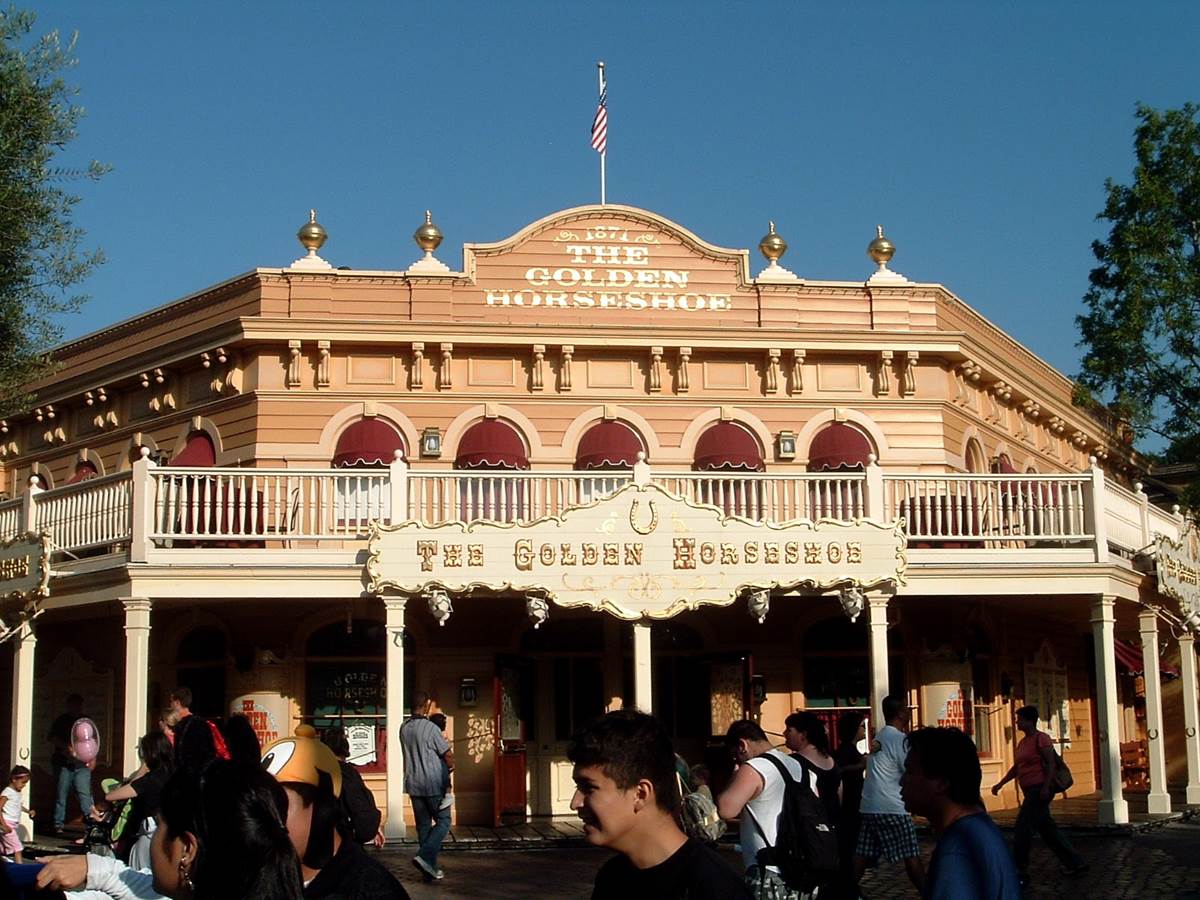 Housed in The Golden Horseshoe Saloon, which was designed by Disney Legend Harper Goff,who was best known for creating the first map of Disneyland, Slue Foot Slue’s Golden Horseshoe Revue (its official name) was one of the earliest successes at Disneyland, especially on that troublesome opening day of July 17, 1955.

The original show starred Betty Taylor as Sue, the owner of the saloon who had quite a few songs of her own. There was also Donald Novis, who was known for being a tenor and translated those singing skills to the show. And of course, there was Wally Boag, who co-wrote the script for the show with Novis, as the traveling salesman and Pecos Bill. Boag had built up a career as a standup comedian known for his balloon animal act, which he brought to his role in the Revue. 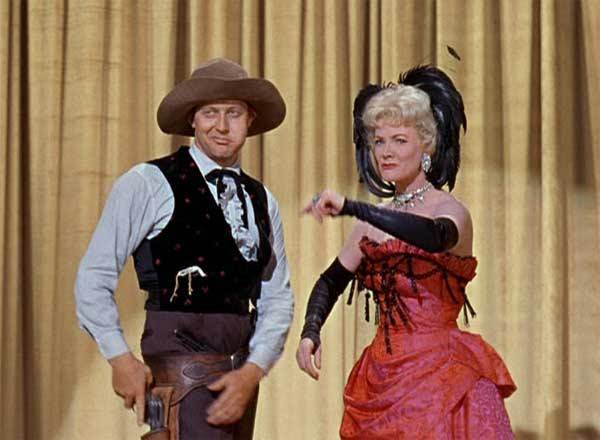 Both Betty Taylor and Wally Boag were one day named Disney Legends along with Fulton Burley who took over for Novis when he retired. Betty Taylor primarily stuck to the Revue, but Boag and Burley were both involved with some other Disney projects, most notably the Enchanted Tiki Room where Burley voiced Michael and Boag voiced José in addition to writing the script.

The Golden Horseshoe Revue was loaded with those Disney Legends as the stars of the show, but over the years the off course needed substitutes as well as minor roles. I didn’t recognize many of the names, but one that I did was Kirk Wall, best known as the lead Billy in Billy Hill and the Hillbillies.

I wasn’t able to find a version of the official show because, like most older attractions, there wasn’t easily accessible home video at the time. However, what I did find might be even better!

Walt Disney’s son-in-law, Ron Miller, was tapped to direct a special episode of Walt Disney’s Wonderful World of Color to commemorate the Golden Horseshoe Revue’s 10,000th (!) performance. They managed to perform that many times in just seven years, which is pretty amazing, so for the occasion they brought in some special guests like two more Disney Legends in Annette Funicello and Ed Wynn. The version above is also a really nice quality, so I definitely recommend checking it out if you never saw the show or even revisiting it if you did. 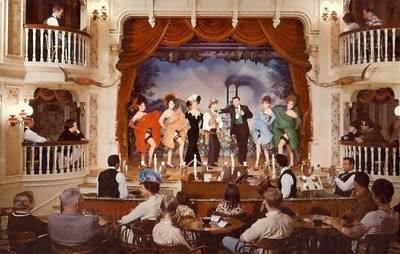 I had never seen the Golden Horseshoe Revue before watching the episode, and I have to tell you, that was a mistake. Each of the musical performances were well done with good singers and a fun band to keep things lively. They served as some nice breaks between the hysterically manic action of Ed Wynn and Wally Boag.

While Wynn was great like he always was, the real discussion here has to be about Boag. As we’ve discussed already, Boag was a true legend and in this episode, he was on. His routine was so finely tuned and so funny that I was in tears at points. He performed as the Traveling Salesman and Pecos Bill and absolutely knocked both of them out of the park. From what I understand, the show would normally switch some of the skits and acts out, but Boag’s acts were always a mainstay in the show. In fact, Boag was such a draw that when the Diamond Horseshoe Revue opened in Walt Disney World, he performed there a couple of years before returning to California and retiring in 1982. Just a few years later, Betty Taylor also retired, so the entire original cast had left the show. With that occasion, Disney made the decision to close the Golden Horseshoe Revue on October 12, 1986. Over the years, the show accumulated nearly 40,000 performances earning it the Guinness World Record for most musical performances which it stills holds to this very day (and doesn’t look to be relinquishing anytime soon). The next year, the Golden Horseshoe Jamboree made its debut in the theater. It followed a similar idea to its predecessor, but nothing could equal the splendor and humor of the Revue. Boag and Taylor were simply irreplaceable and made it a true Disneyland staple. I really wish that I had gotten the chance to experience the show because I would’ve gone and watched it every chance that I could get. But luckily there is that great video, so the fun can continue forever.

Well, that’s all for today, but here’s a peek at next week. 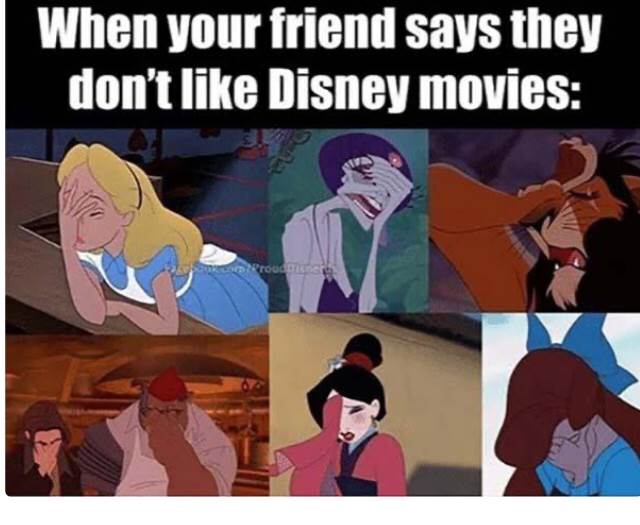