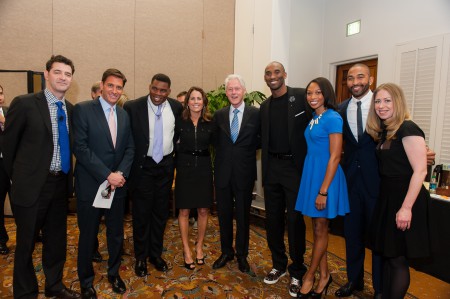 From the Worldwide Leader in Sports:

ESPN, the Aspen Institute and the Clinton Foundation came together to facilitate a powerful conversation about the role of sports in the lives of children and the health of the nation through a town hall event on the topic, “Kids and Sports.” The program, moderated by Mike Greenberg of ESPN Radio’s Mike & Mike, will air on ESPN2 on Sunday, Feb. 9, at 8 p.m.  President Bill Clinton and NBA All-Star and Olympic Gold Medalist Kobe Bryant will highlight the work of the Aspen Institute Project Play, which convenes leaders to explore potential solutions to the issue that in some U.S. communities just one in five kids play sports.