This morning Disney Consumer Products held an event at American International Toy Fair featuring special appearances by Dane Cook, Freddie Prinze, Jr. and Andrew Garfield.  These stars where there to support the lines of toys fromPlanes: Fire & Rescue, Star Wars Rebels, Marvel’s Guardians of the Galaxy and The Amazing Spider-Man 2.  LaughingPlace had a reporter on the scene and will be providing a complete recap on the event tomorrow.  As part of our continued coverage of Toy Fair, from Tuesday through Friday we will feature an article that will take a deep look at each of the franchises highlighted.  To start our coverage, please see the following press release and images from Disney. 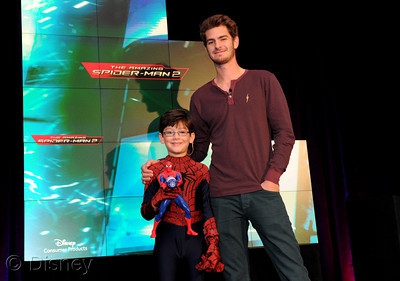 During an action-packed event at the 2014 American International Toy Fair, Disney Consumer Products unveiled its dynamic product lines that will dominate boys toy aisles this year with offerings inspired by highly anticipated content: Disney’s Planes: Fire & Rescue, Star Wars Rebels, Marvel’s Guardians of the Galaxy and TheAmazing Spider-Man 2 from Sony Pictures Entertainment and inspired by Marvel’s iconic web-slinger. Special guests Dane Cook, voice of “Dusty Crophopper” in Planes: Fire & Rescue,Freddie Prinze, Jr., voice of “Kanan” in Star Wars Rebels, and Andrew Garfield and Jorge Vega of Amazing Spider-Man 2introduced content that debuted exclusively at the event and revealed never-before-seen toys to retailers, toy and industry influencers. Chris Pratt of Marvel’s Guardians of the Galaxymade a special appearance via video to share his excitement about how his character’s stories are being brought to life through the action packed Guardians toy line. 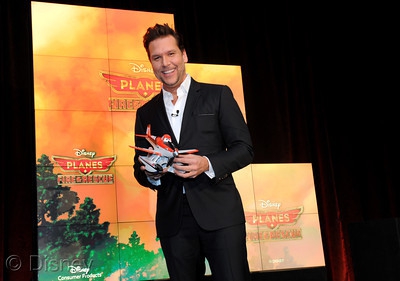 “Disney Consumer Products is firing on all cylinders across our diverse franchise portfolio, and at this year’s Toy Fair we’re building off a successful 2013 to showcase the best of our new and storied properties that will heat up toy aisles in 2014,” said Josh Silverman, executive vice president, global licensing at Disney Consumer Products. “We’re excited to see these four properties take off at retail as we know these innovative products will resonate with kids and fans who want to create their own heroic stories.” 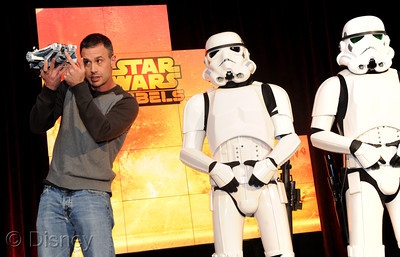 Disney Consumer Products, the world’s leading licensor of entertainment properties,  understands how kids today play, and is working with best-in-class licensees such as Hasbro, Huffy, JAKKS Pacific, Just Play, LEGO, Mattel, Thinkway and more to deliver character-driven, storytelling-infused toys across play patterns. From classic action figures and vehicles, to expertly crafted playsets and creative technology-infused products, this epic lineup encourages kids of all ages to recreate key moments from these properties and imagine new ones. 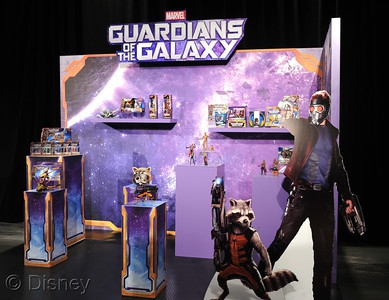 Product highlights from these exciting toy lines include:

Planes: Fire & Rescue is a new high flying comedy-adventure that debuts a dynamic new crew of elite firefighting aircraft that will fly into theatres in 3D July 18, 2014. Products take flight at mass retail starting in June.

The animated television series Star Wars Rebels introduces a new audience to the epic generational franchise with all-new exciting, action-packed adventures that will release in the fall of 2014 on Disney XD. Beginning in February, fans will be able to find exclusive and licensed Star Wars products in Disney Store locations and on disneystore.com, with Star Wars Rebels items arriving this fall; all other Star Wars Rebels inspired products will be at mass retailers in September.

Marvel’s Guardians of the Galaxy

The action-packed space adventure Marvel’s Guardians of the Galaxy unveils a ragtag group of heroes on a quest to save the cosmos on August 1, 2014. Fans can find products inspired by the film in mass retailers starting in July.

The Amazing Spider-Man 2 follows Marvel’s iconic Super Hero Spider-Man as his greatest battle begins as the new film hits theaters in the US on May 2, 2014. Products for web-slinging kids and fans of all ages will be available at mass retailers in April.