SF Gate is reporting that anti-Islam bus ads that have been appearing on city buses have been defaced with images of Marvel’s Ms. Marvel. The ads from  blogger Pamela Geller’s American Freedom Defense Initiative  originally read, “Islamic Jew-Hatred: It’s In The Quran,” and encourage the US to end all aid to Islamic Countries.  They now feature images of Kamala Khan, Marvel’s first Muslim character, who took on the mantle of Ms. Marvel in 2013. 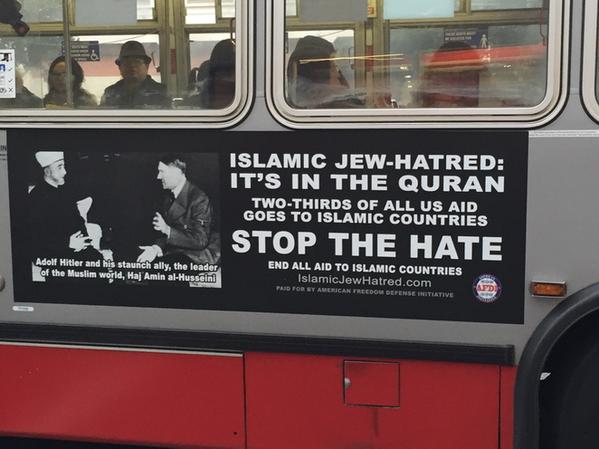 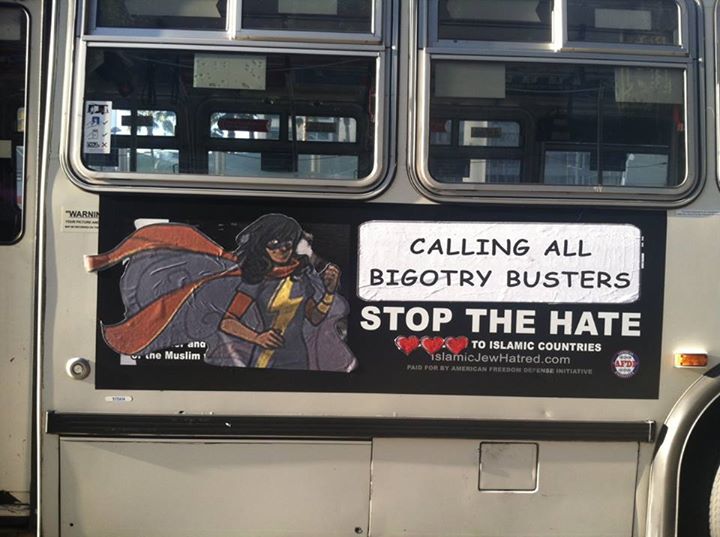