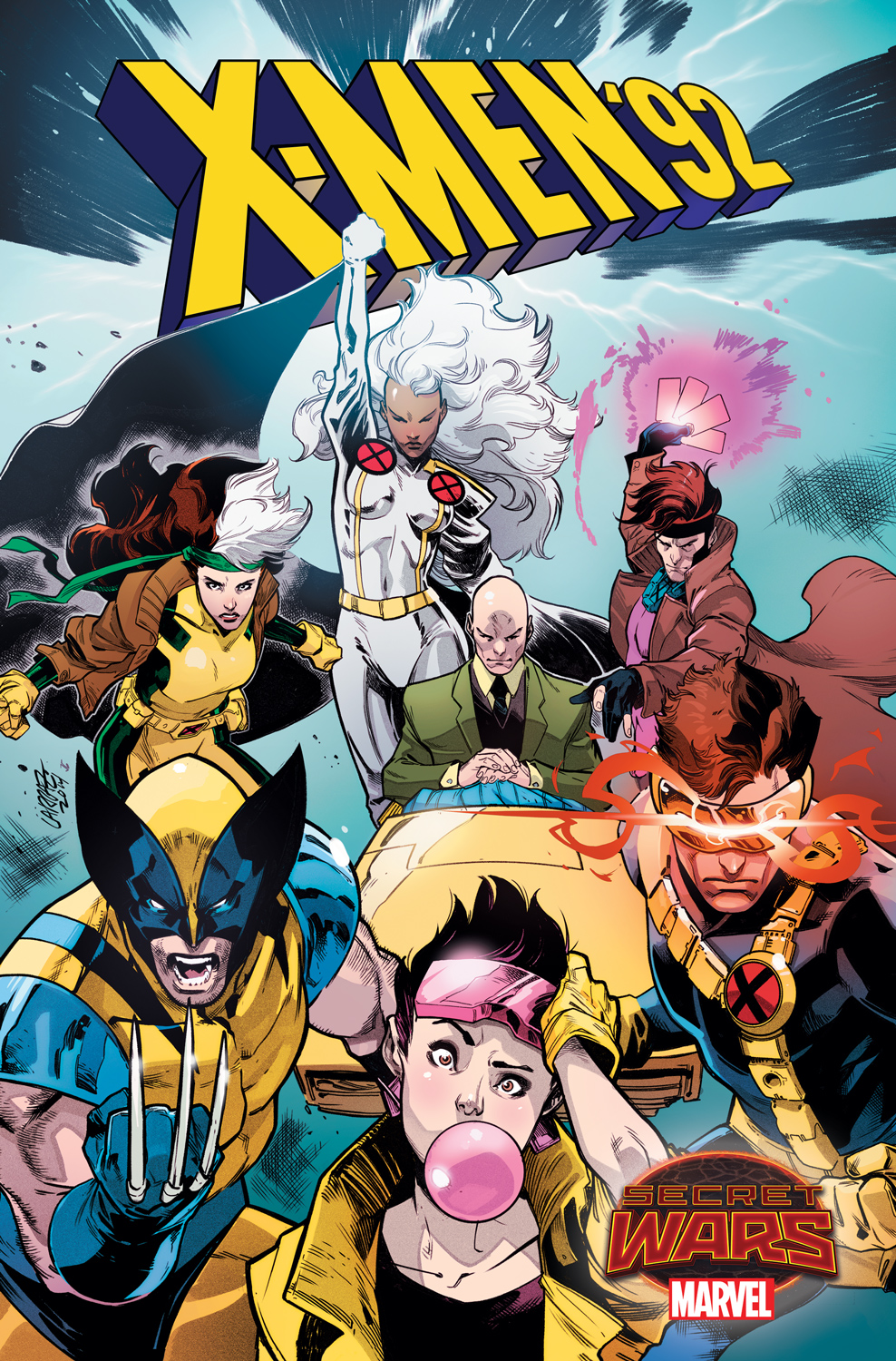 Everyone’s favorite version of the X-Men are back! That’s right, this June, the most radical team of mutants ever assembled make their triumphant return to the world of comics in X-MEN ’92 #1! Debuting as a Marvel Infinite Comic series in May, X-Men ’92 is optimized specifically for mobile devices, pushing the boundaries of comic storytelling to new heights!

“Toys. TV. Arcade games. Trading Cards. The X-Men were everywhere that year,” exclaims series co-writer Chad Bowers. “Kids who didn’t even care that comics existed were suddenly into the X-Men, and asking me questions about Gambit at recess. That was nuts and it blew my preadolescent mind, but it was also completely awesome! It’s a period that really resonated with and inspired countless fans, and X-Men ’92 is going to remind you why you were totally obsessed with it!”

Marvel newcomers Chris Sims & Chad Bowers join artist Scott Koblish (Deadpool) to take you back to the days of big guns, big pouches, and big action! Baron Kelly, ruler of the Westchester domain has called upon the Clear Mountain Project and it’s mysterious new director to deal with the mutant menace – by any means necessary! Can the X-Men put a stop to the threat of “mutant rehabilitation”? And just what are “Free Range Sentinels’? Find out in X-Men ’92 this May!

Available right at your fingertips, these new Infinite Comics will be available for purchase this May on the Marvel Comics app (for iPhone®, iPad®, iPod Touch® & AndroidTM devices) and online in the Marvel Digital Comics Shop!