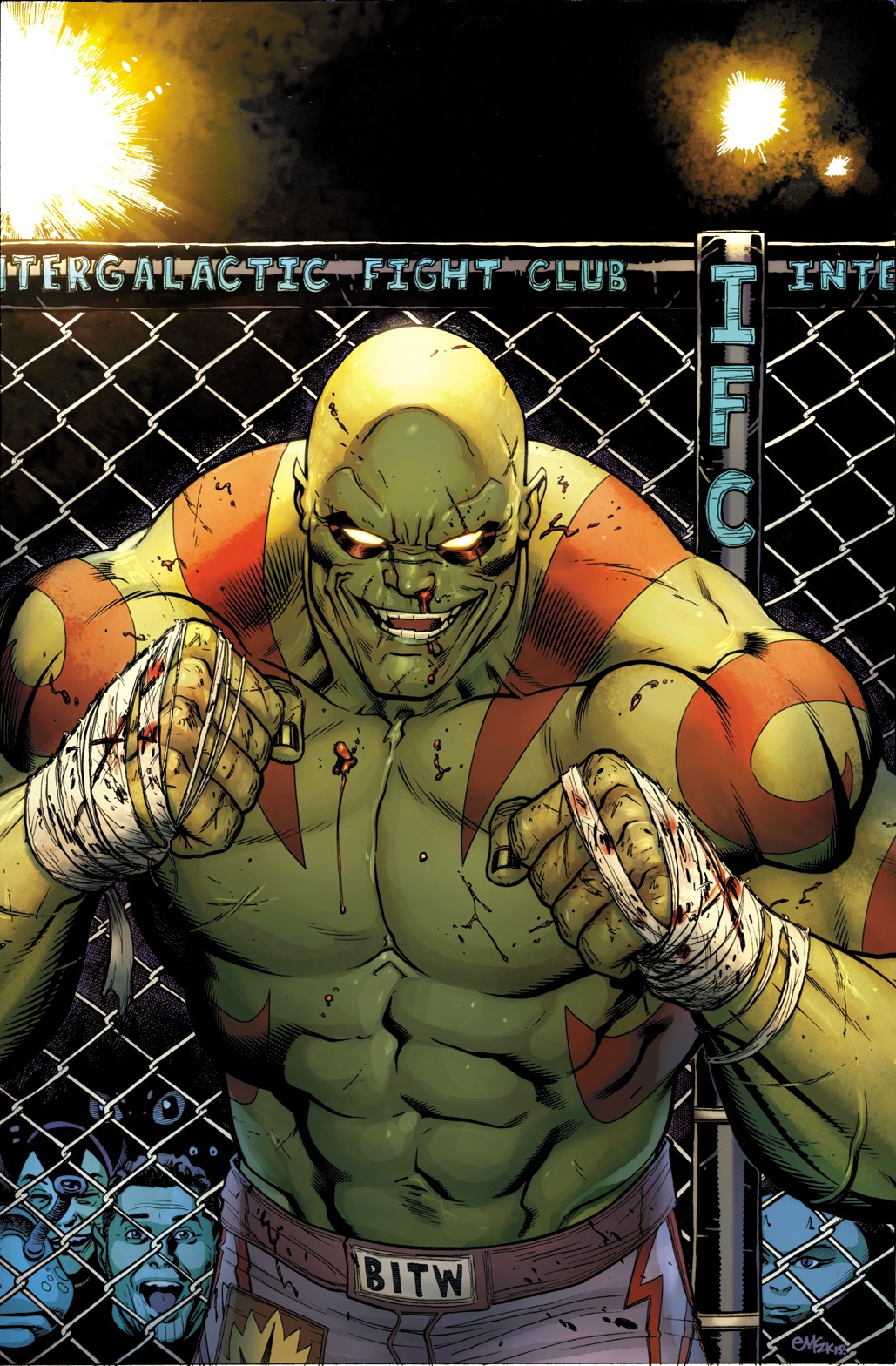 This Winter – the “Best in the World” takes on the baddest in the galaxy! Announced at C2E2, CM Punk will return to Marvel for DRAX #1! Fresh off his thunderous Marvel debut in February’sThor Annual #1, the wrestling superstar is blasting off into outer space for Drax’s very first ongoing series! Exploring Drax’s time outside the Guardians of the Galaxy, prepare for an ongoing series unlike anything you’ve read before!

“CM Punk has proven that he’s the best in the world in the wrestling ring and now he’s out to prove he’s the best in the Marvel Universe. How could you not want to read this book? I couldn’t be more excited for readers to see what Punk has in store for Drax the Destroyer!” – Jon Moisan, Editor

What does Drax do when he’s not saving the universe alongside the likes of Star-Lord, Gamora, Rocket Raccoon and Groot? DESTROY! Obviously. From inside the intergalactic octagon to the far reaches of outer space – experience the bone-crunching solo adventures of the galaxy’s most fearsome guardian as he makes his way through the Marvel Universe! And demolishes anything and everything in his path!

Prepare yourselves for the debut of a bombastic new series that no fan can afford to miss! The journey begins later this year as CM Punk returns to the House of Ideas for DRAX #1!