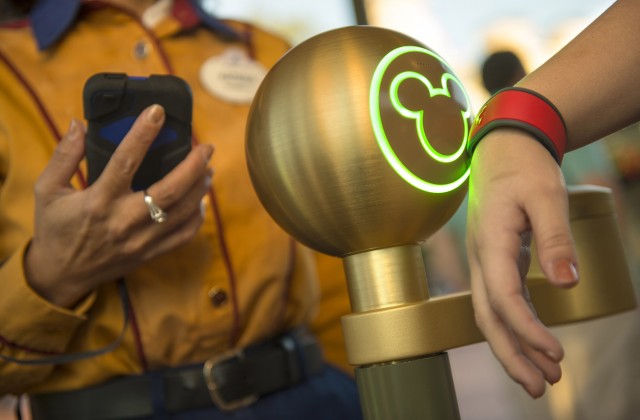 The SE Texas Record is reporting that Plano, Texas-based Positiontech LLC brought a patent infringement lawsuit against Disney alleging that the MyMagic+ system infringed on two of their patents..

“Positiontech is the assignee and owner of the right, title and interest in and to the ‘384 and ‘317 patents, including the right to assert all causes of action arising under said patents and the right to any remedies for infringement of them,” the complaint says.

A quick internet search could not find any additional information about Positiontech. Upon searching for more information on the patents themselves, it was discovered that they were invented by a Japanese company, Aruze Corp.

The patents are for systems that track individuals position by using cards carried by an individual and long range detectors. One of the patents specifically references using the system in hotels. They patents were issued by the U.S. Patent Office in 2005 and 2006.

Disney has not yet commented on the pending litigation.