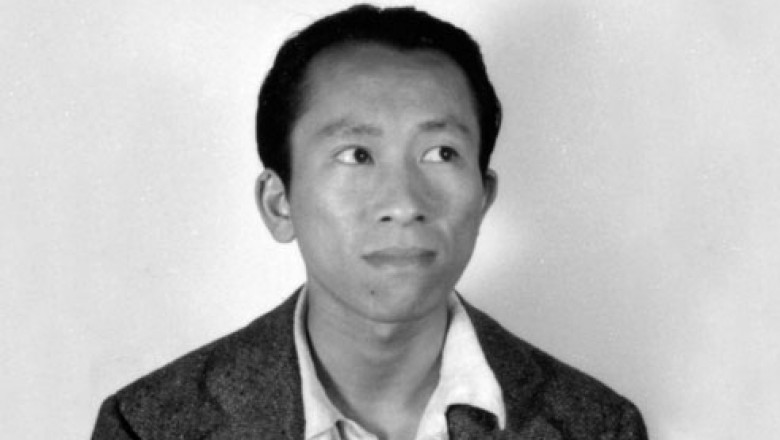 We have learned that Disney Legend Tyrus Wong has passed away at the age of 106.

While he only worked at The Walt Disney Studios for three years, between 1938 and 1941, his impact on Bambi became legendary.

As pointed out in Frank Thomas and Ollie Johnston book on Bambi, “He set the color schemes along with the appearance of the forest in painting after painting. Paintings that captured the poetic feeling that had eluded us [artists] for so long. Ty Wong not only inspired the other visual artists, but he created a standard that was met by musicians and special effects too.”

Below is his official Disney Legend Biography:

Born in Taishan (then Xinning), China, on October 25, 1910, nine-year-old Ty moved to America with his father in 1919, eventually landing in Los Angeles, California. While an indifferent student, he loved sketching and won a scholarship to nearby Otis Art Institute. After graduating in 1935, Ty exhibited his watercolors and participated in a W.P.A. project, established by the Roosevelt administration during the Great Depression, creating two paintings each month for exhibition in public libraries and government buildings.

Looking for steady employment, he joined The Walt Disney Studios to work on animated shorts, but quickly moved into feature films after submitting landscape paintings with deer as early concepts for Bambi, which was in pre-production.

Among his paintings was a stunning image of a stag fight filled with dynamic action, strong compositions, and dramatic lightning.

When Walt Disney saw Ty’s inspirational sketches, he was intrigued by their mysterious quality. The artist later told animation historian John Canemaker for his book Before the Animation Begins, “Walt wanted something different for Bambi.” As Thomas and Johnston wrote, “In contrast to the paintings that showed every detail of tiny flowers, broken branches, and fallen logs, Ty had a different approach and certainly one that had never been seen in an animated film before. He [Ty] explained, ‘Too much detail—I tried to keep the thing very, very simple and create the atmosphere, the feeling of the forest.’”

Ty left Disney before Bambi was released in 1942. He joined Warner Brothers and for more than 25 years developed story boards and concept sketches for motion pictures, including the 1949 World War II saga Sands of Iwo Jima, starring John Wayne.

He took an early retirement to pursue his own passions, including exhibiting and selling watercolors, designing Christmas cards for Hallmark and other companies, illustrating magazine covers for Reader’s Digest and other publications, painting ceramics sold through Neiman-Marcus, and designing, constructing, and flying kites that are masterful expressions of his artistic sensibilities.

More than 50 years after leaving Disney, the Studio approached Ty about serving as inspirational sketch artist on The Legend of Mulan, set in ancient China. He declined, however, saying his work with animated films was no longer an important part of his artistic life.

Mr. Wong’s legacy on Bambi and beyond came into focus when The Walt Disney Family Museum presented the temporary exhibit Water to Paper, Paint to Sky: The Art Of Tyrus Wong. The museum also published an accompanying book.

Tyrus Wong was named a Disney Legend in 2001.