While part Horizon Comics’ lawsuit against Marvel and Disney over Iron Man 3 has been tossed out by a judge, on element of the suit involving the poster for the film is moving forward. As Deadline reports, in a suit filed nearly two year ago, Horizon alleged that Iron Man’s armor in the film resembled their comic Radix. U.S. District Judge J. Paul Oetken said that there were  “dissimilarities” and “differ in significant respects” between the comics and film that led him to dismiss much of the suit. However, it was a different story in regards to a pose Stark strikes on the one-sheet for the 2013 film: 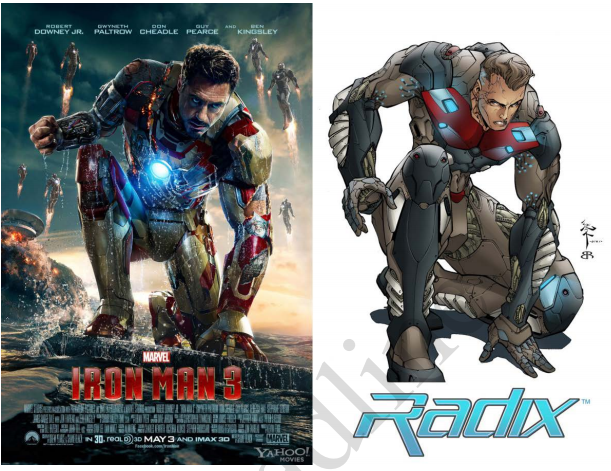 In the full ruling, the judge denied Marvel’s motion to dismiss, meaning the lawsuit can continue. That doesn’t necessarily mean that Horizons will ultimately prevail, but it is a setback for Marvel and Disney. When Deadline reached out for comment from Marvel on the suit, they did not respond.