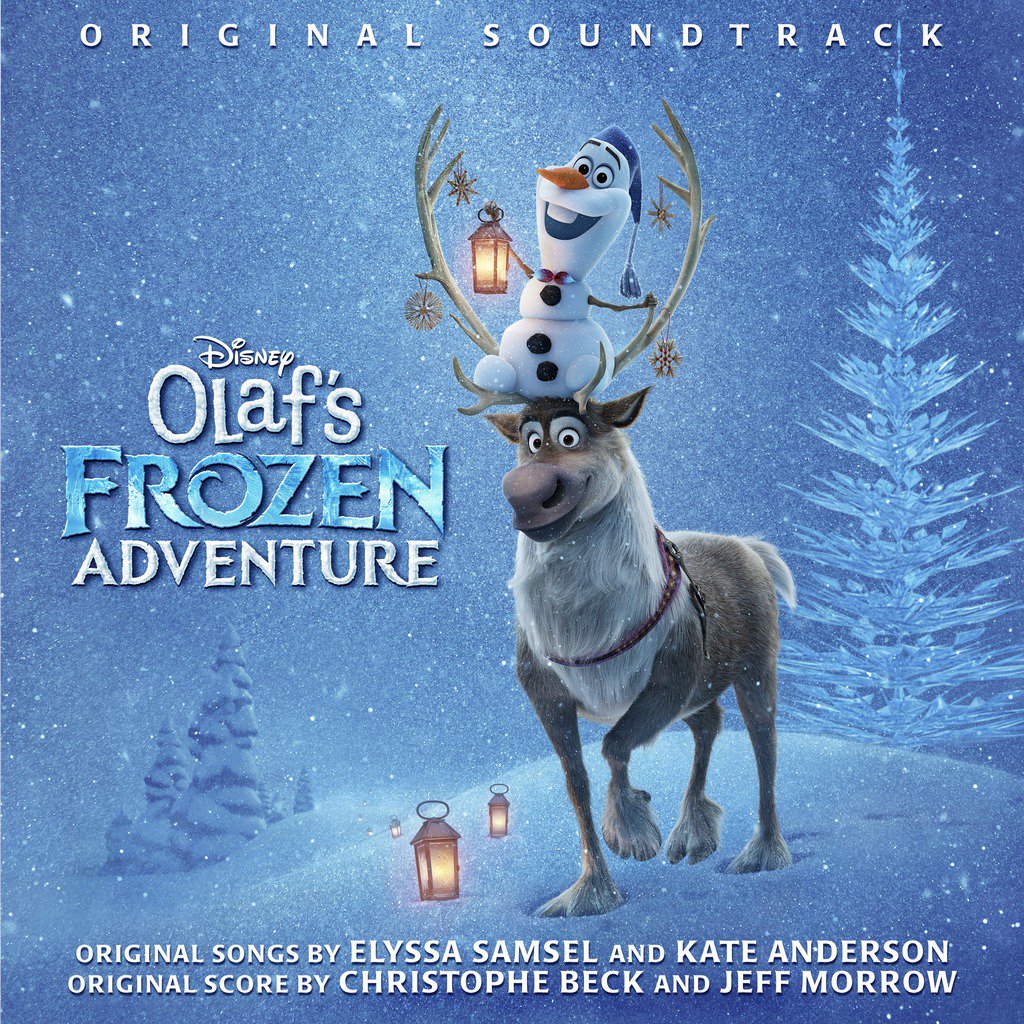 The soundtrack from Walt Disney Animation Studios’ 21-minute featurette Olaf’s Frozen Adventure will be released by Walt Disney Records on November 3, 2017, ahead of the featurette, which opens in front of Coco in U.S. theaters on November 22, 2017. Olaf’s Frozen Adventure introduces four all-new original songs written by Elyssa Samsel and Kate Anderson (“Between the Lines”), and a score by Christophe Beck, who was behind the score for Frozen

Emmy-winning filmmakers Stevie Wermers-Skelton and Kevin Deters said that the music helped shape the story in unexpected ways. “Music has always been a hallmark of Disney Animation, especially the world of ‘Frozen,’” said Deters. “So we’re thrilled to include four new songs to help tell our story.”

“Kate and Elyssa have such a sense of fun and enthusiasm,” added Wermers-Skelton. “The songs really capture the spirit of Olaf and his holiday endeavor.”

The featurette/soundtrack’s original songs include “Ring in the Season,” “The Battle of Flemmingrad,” “That Time of Year” and “When We’re Together. The soundtrack also includes “Olaf’s Frozen Adventure” Score Suite by Beck, the traditional version of “The Ballad of Flemmingrad,” plus bonus tracks with instrumental/karaoke versions of each new song.

Olaf’s Frozen Adventure soundtrack will be released in physical and digital formats by Walt Disney Records on Nov. 3, 2017.  The CD can be pre-ordered HERE.  Audio snippets of 3 tracks can be heard here: “That Time of Year,”  “When We’re Together” and “Ring In The Season.”