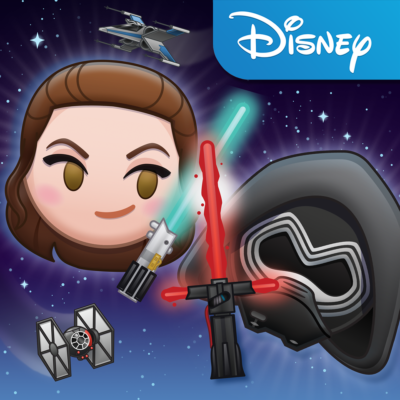 Fans of  Disney Emoji Blitz, players will be able visit a galaxy far, far away during a limited-time Star Wars Villain event from November 2 through November 12.

During the event, players can unlock exclusive characters, including emoji-fied versions of Rey , Finn and BB-8. They will be able to use those characters to double the impact of attacks on Kylo Ren in the Villain mode. The event will also introduce an emoji 8-bit take on the iconic Star Wars theme music.

As fans know, once an emoji is collected within the game, it is also unlocked in the Disney Emoji Blitz keyboard, which can be used to send Disney, Pixar and now Star Wars emojis in messages. For the first time ever, you can earn both a hero and a villain by completing the Villain Event as normally, only villains are earned.

Disney Emoji Blitz is available to download for free on the App Store and Google Play.