Back in 2013 Vans and Marvel came together to release a footwear and accessories collection. Well, their at it again, but this time they’ve upped their game. The two companies have teamed up once more to create a brand new super hero collection that features more than just footwear. We first discovered the story from WWD.com where they shared the exciting details. 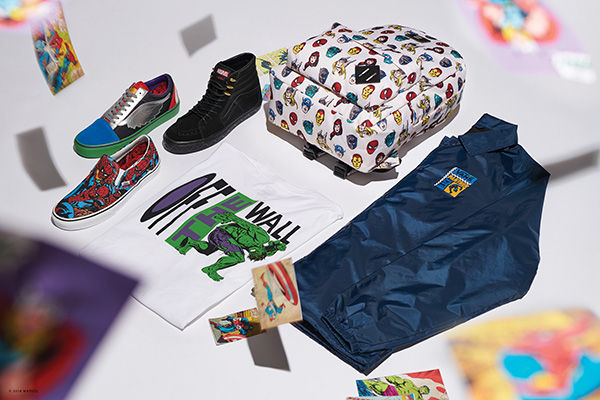 Some of the Footwear collections:

What Vans is saying:

Ashley Ahwah, senior director of global footwear merchandising for Vans: “For this collection, we have 70-plus SKU’s across footwear and apparel. This was definitely a unique project because we tried to capture the essence of Marvel.”

Ashley Ahwah on this collection compared to the 2013 collaboration: “This season we have true, robust collections across men’s, women’s and kids.”

Ashley Ahwah on the expected reception from shoppers: “When we approach these projects, the overall goal is to drive energy and promote sell-out from our consumers. That is definitely something we’re anticipating.”