For months now, guests stopping by Walt Disney Presents at Hollywood Studios have been able to view a model of Toy Story Land. Now that the new Land is just hours from it’s official opening, the display where the model once sat has been updated. Starting today, guests can get a first look at the Star Wars Galaxy’s Edge expansion that will open in 2019. Take a look. Upon closer inspection, guests will notice amazing details. While some minor adjustments might be made to complete the project, Disney stays true to their original vision. We can’t wait to see this in person. 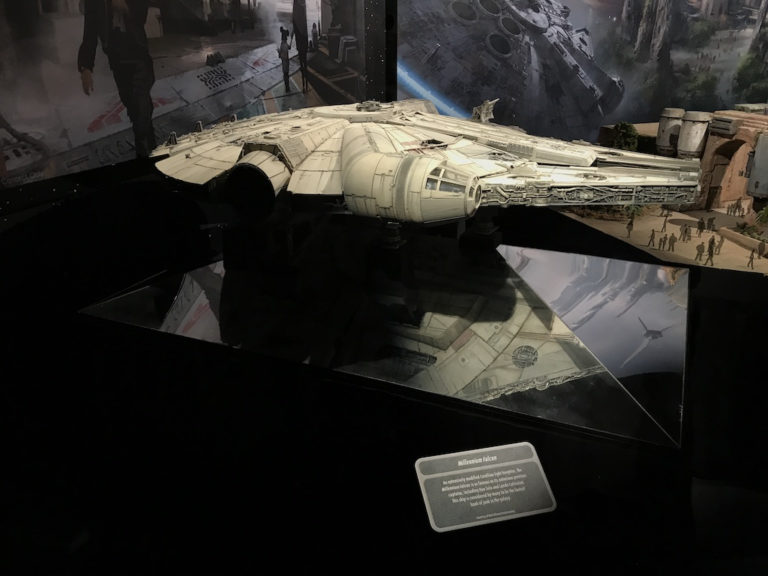 The Millennium Falcon is one of the most recognized transport vehicles in the galaxy. This hunk of junk has seen more of space than we can even comprehend. 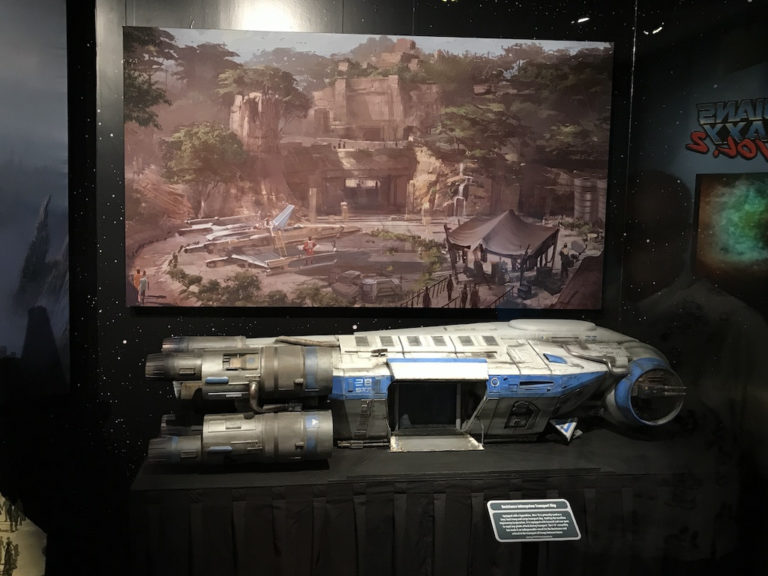 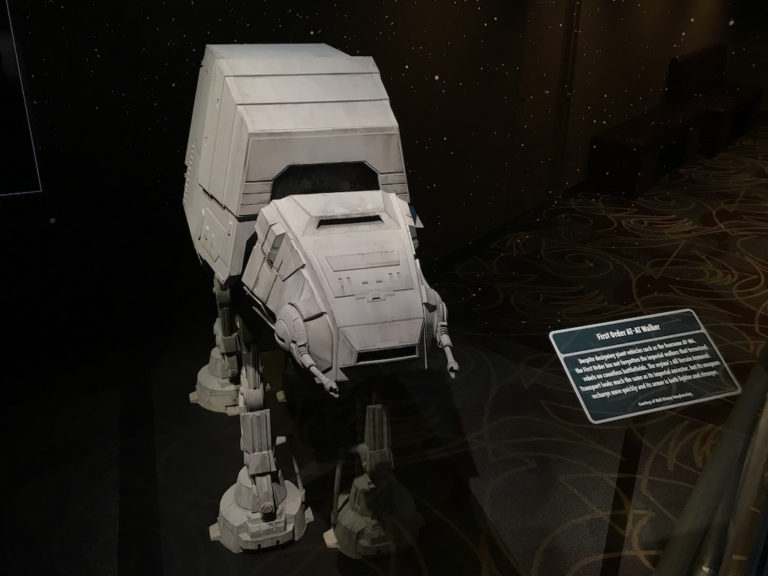 Ah, yes. The AT-AT. Fans were introduced to theses walkers in The Empire Strikes Back and have loved them ever since. As you can see from the photo, this particular version was used by the First Order–the Imperial military force that formed between The Return of the Jedi and The Force Awakens. These effective machines have been used for years, and have received minor design upgrades.