Meet the Cast and Crew of Marvel Rising: Secret Warriors 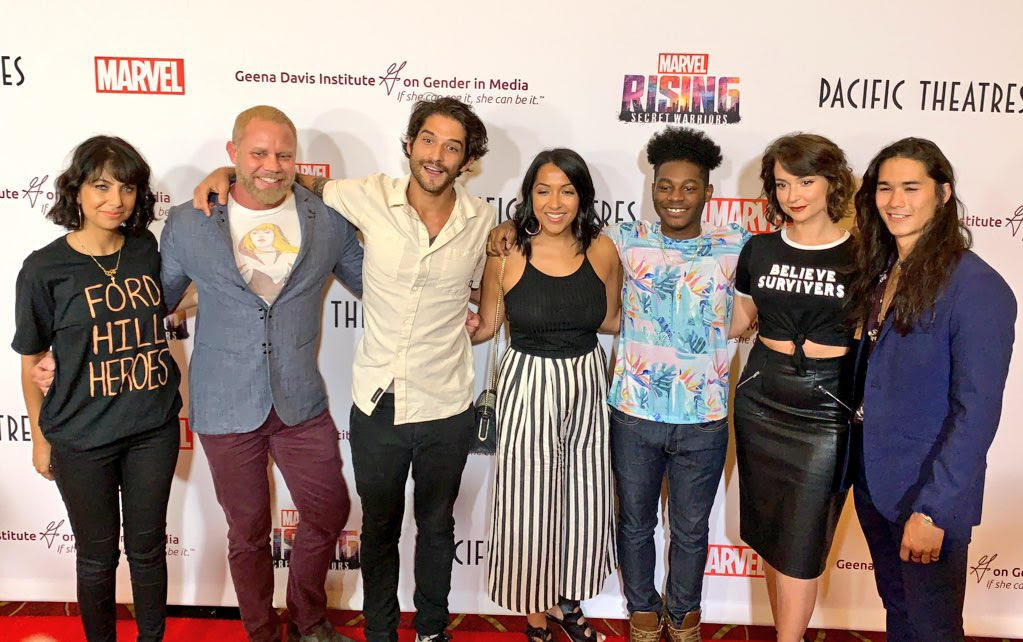 This past week the red carpet premiere of Marvel Rising: Secret Warriors took place in partnership with the Geena Davis Institute of Gender in Media. We had the chance to speak with Cort Lane – SVP, Animation & Family Entertainment/Executive Producer, and Sana Amanat – VP, content & Character Development/Co-Executive Producer along the carpet about the creation process for this film

Marvel Rising: Secret Warriors debuts tonight on Disney XD and will be available in the DisneyNow app. Look for more Marvel: Rising news in the near future and products available at retailers such as Target.

Powered teens Ms. Marvel, Squirrel Girl, Quake, Patriot, America Chavez, and Inferno join forces as an unlikely, but formidable crew of aspiring heroes. When a threat no one could have expected bears down on the Marvel Universe, this ragtag, untrained band of teens have no choice but to rise together and prove to the world that sometimes the difference between a “hero” and “misfit” is just in the name.