Hasbro has announced a brand-new line of collectable fashion dolls based on classic Disney characters. The Disney Style Series will launch on August 1st with three dolls based on three of Disney’s most beloved princess characters. The line promises to deliver a major dose of nostalgia to the fashion crowd by creating unique items that merge your love for your favorite Disney Princess character with some modern, glamorous looks inspired by the latest runway fashion trends. 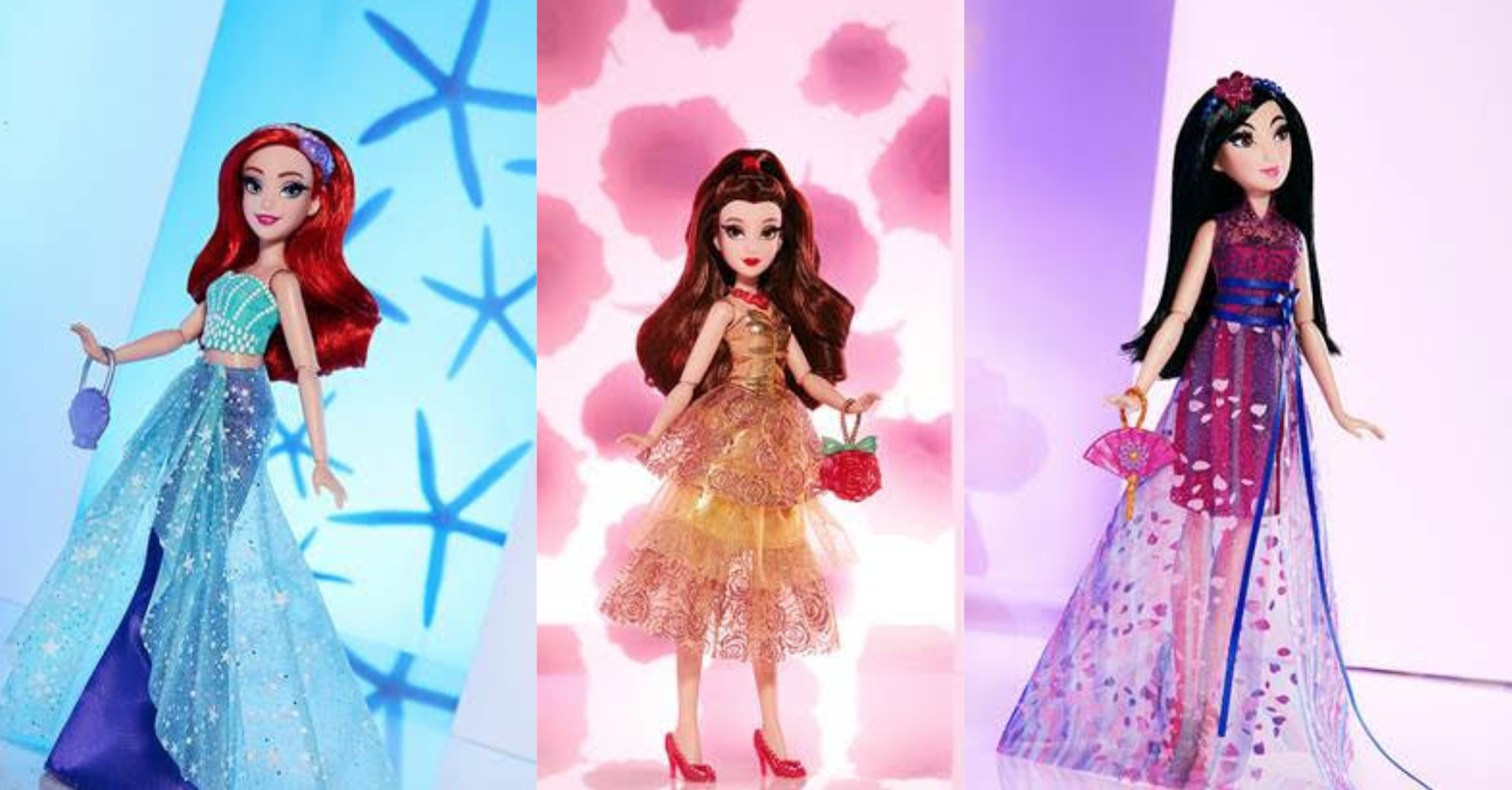 The Little Mermaid celebrates its 30th anniversary this year and Ariel is a perfect way to kick off the collection. Her look is inspired by the sea, with shades of seafoam green and purple. Her top looks like pearl beading to pay homage to her iconic seashells. The vibrant purple mermaid-cut skirt is accented by a sheer aqua overlay with more pearls and starfish accents. Accessories include a purple headband, seashell clutch, and stylish heels. The entire look is reminiscent of Ariel’s signature under the sea look, but also that special moment in the film when King Triton turns her back into a human and she emerges from the water in a sparkly purple dress to be reunited with her true love and live out her happily ever after.

True Beauty and the Beast fans will tell you that Belle’s ball dress is not yellow, it’s gold. Hasbro gets you and Belle’s entrance into the Disney Style Series is a shiny, shimmery gold dress. But they didn’t stop there, because the layered skirt features rose silhouettes in rose gold, which couldn’t be more on-trend and fitting for the character. The shine and shimmer of this doll even extends to her rose-themed accessories, including a handbag, necklace, and shoes. As elegant as she looks, you know she’s waiting to go home, kick off her heels, and cozy up with a good book.

Mulan’s modern style is inspired by her matchmaker look and the iconic scene where she and her father have a moment of understanding in their backyard underneath falling cherry blossom petals. Her raspberry dress is cut similar to a short cheongsam or qipao, with a sheer floor-length skirt with flower petal accents. The entire ensemble is tied up with a bright blue bow. Her accessories include a fan-shaped handbag, flower headband, and gold laced heels. When you look at this doll, you hear the memorable line from the film: “The flower that blooms in adversity is the most rare and beautiful of all.”