Today, SeaWorld San Diego reached a major construction milestone on the new “Emperor” dive coaster.  This morning, the highest section of track was installed by a giant crane on the coaster at a towering 153 feet. Even with the significant rain San Diego has experienced over the past three weeks, construction on Emperor is still “on track” for a summer 2020 opening. 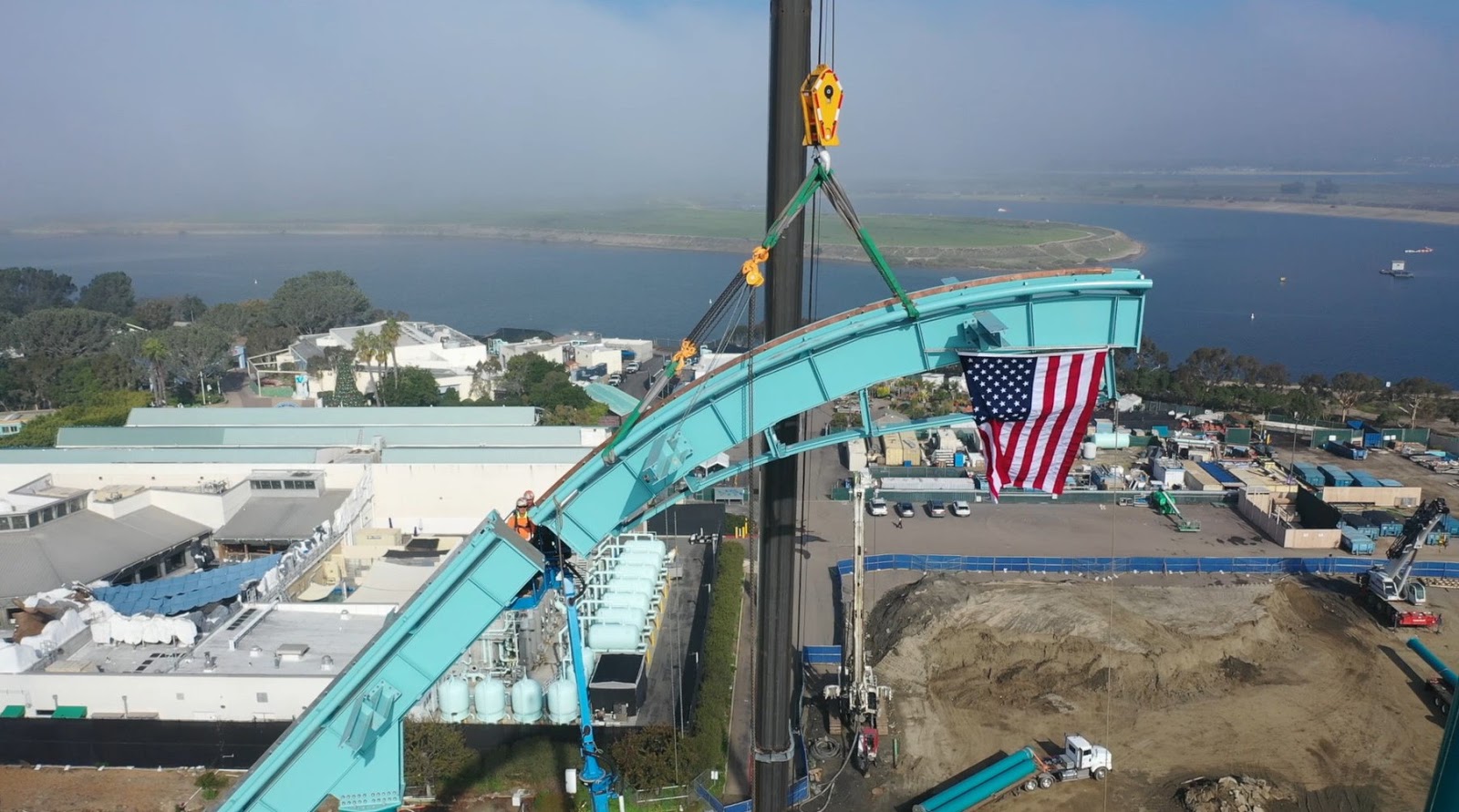