ESPN is reporting that basketball legend Kobe Bryant is among nine people that died in a helicopter crash in Calabasas. Tragically, his 13-year-old daughter Gianna is reportedly also among those killed. The elder Bryant was 41 years old. 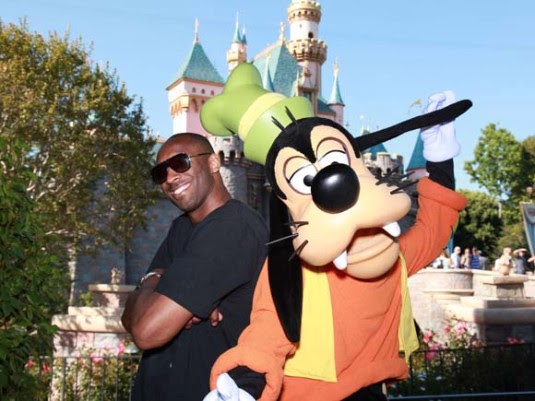 According to the National Transportation Safety Board the Sikorsky S-76 helicopter crashed under unknown circumstances. Kobe has connections to The Walt Disney Company. He was often seen at Disney Parks — including events celebrating various Lakers victories — and created ESPN+’s Detail.

This evening, fans have also been looking back to a 2018 Bryant appearance on ABC’s Jimmy Kimmel Live where he discussed coaching his daughter’s basketball team and about her aspirations to be in the WNBA.

Disney’s Chairman and CEO took to Twitter to share his thoughts, “Today we The Walt Disney Company mourn the tragic loss of Kobe Bryant…a giant in sports and a person so full of life. Terrible news and so hard to process….” Iger later added similar sentiments, writing, “Our company Disney mourns the tragic loss of Kobe Bryant…one of the most respected & popular athletes of our time…a friend and a fan of ours, full of life and taken from us too soon.”

Date night with my baby #disneyafterdark

In addition, Kobe worked with Disney Legend Glen Keane on the animated short Dear Basketball. The 2017 short ended up winning the Oscar for Best Animated Short for both Bryant and Keane.