Halloween, the next major holiday is still almost two months away but that is stopping anyone from getting ready for Christmas which is even further, and that includes prepping for the decorations! We were at Disney Springs earlier today and browsed some of the latest Christmas Ornaments that we’re sure we’ll see adorn the trees of some Disney fans this year. 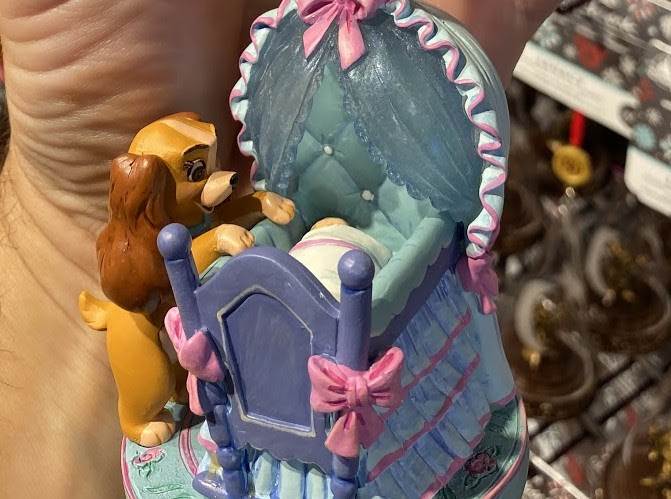 First up, many park fans will be excited to see this new set for their own Haunted Mansion holiday, featuring characters from the classic attraction. The groundskeeper, and several of the folks featured in the infamous stretching portraits are included, as well as an ornament featuring the attraction’s logo. The set of 5 is available for $39.99

In recent years, Disney has begun to release a series of “Legacy” ornaments celebrating the milestone anniversaries of various films and characters from the company. The youngest anniversary being celebrated this year is Tangled with the film approaching its 10 year anniversary (feel old yet?). 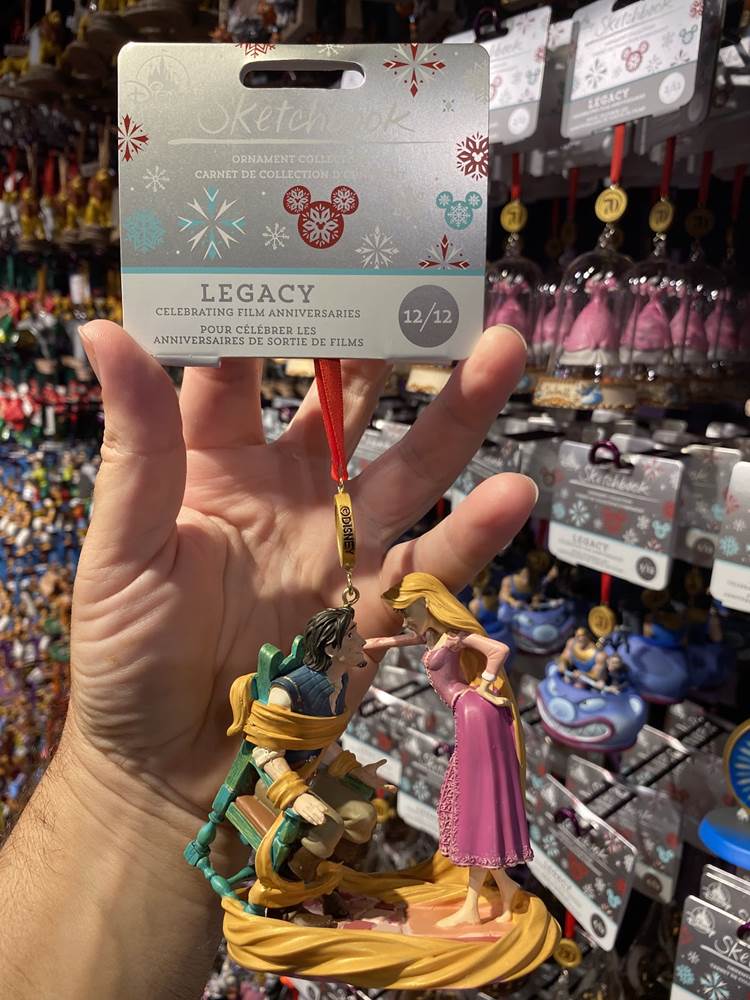 Just behind it, an ornament celebrating the 20th anniversary of The Emperor’s New Groove featuring Yzma and Kronk after they pull the “right” lever. 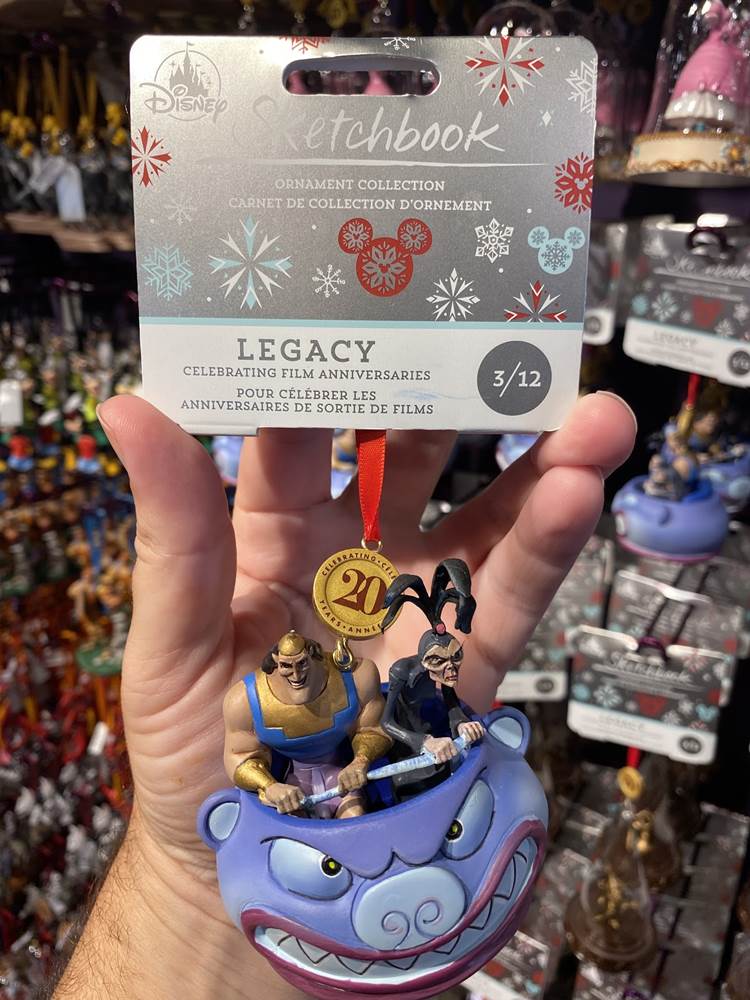 There are other milestone anniversaries to celebrate with a unique ornament this year, including Toy Story, Pocahontas, Cinderella, The Rescuers, The Aristocats, Pinocchio, Lady and the Tramp, The Three Caballeros, and Fantasia. 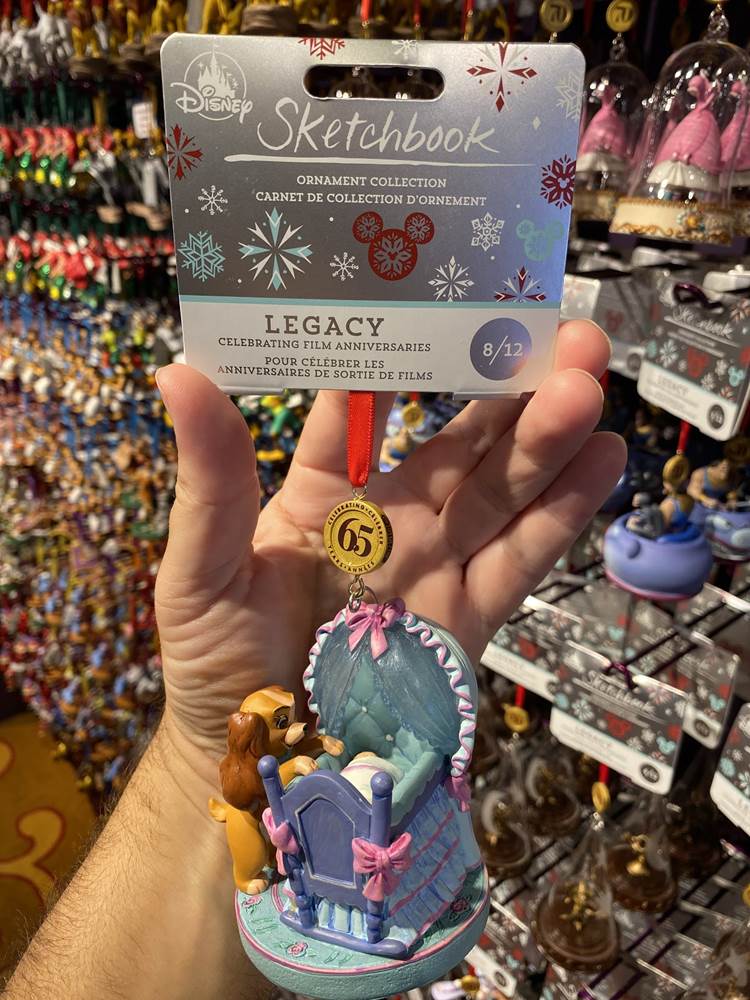 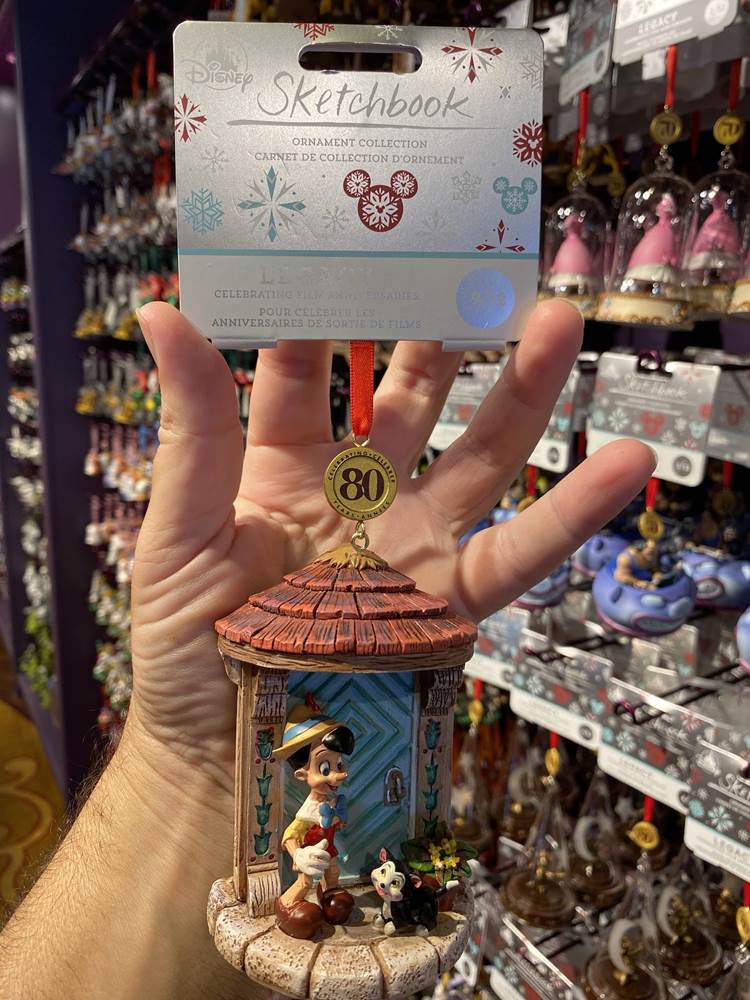 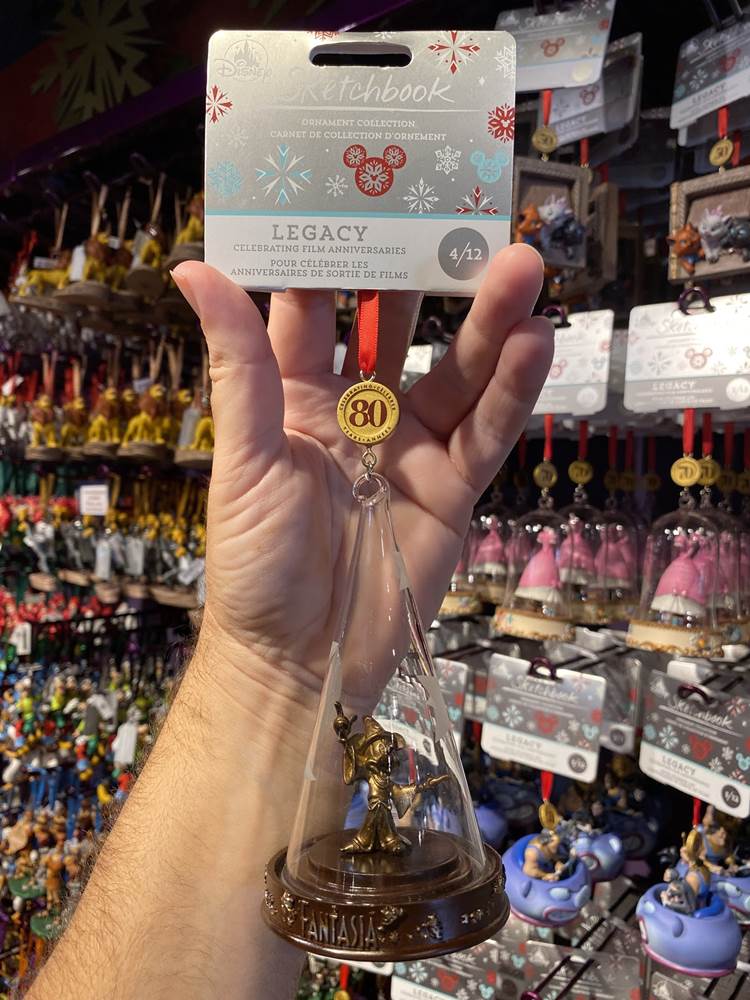 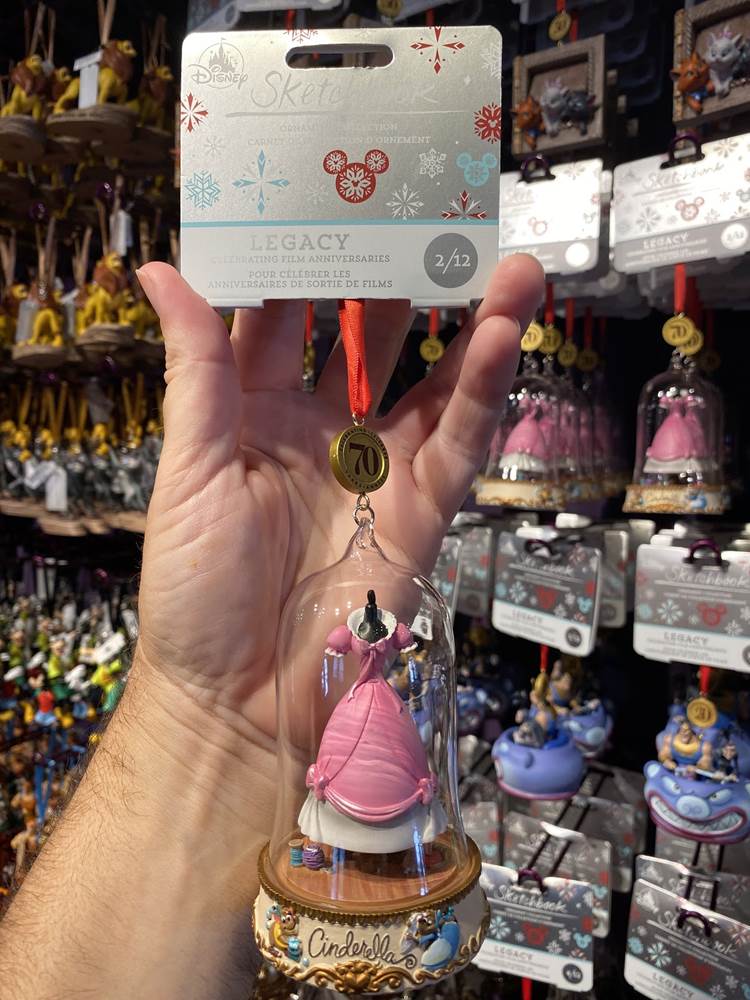 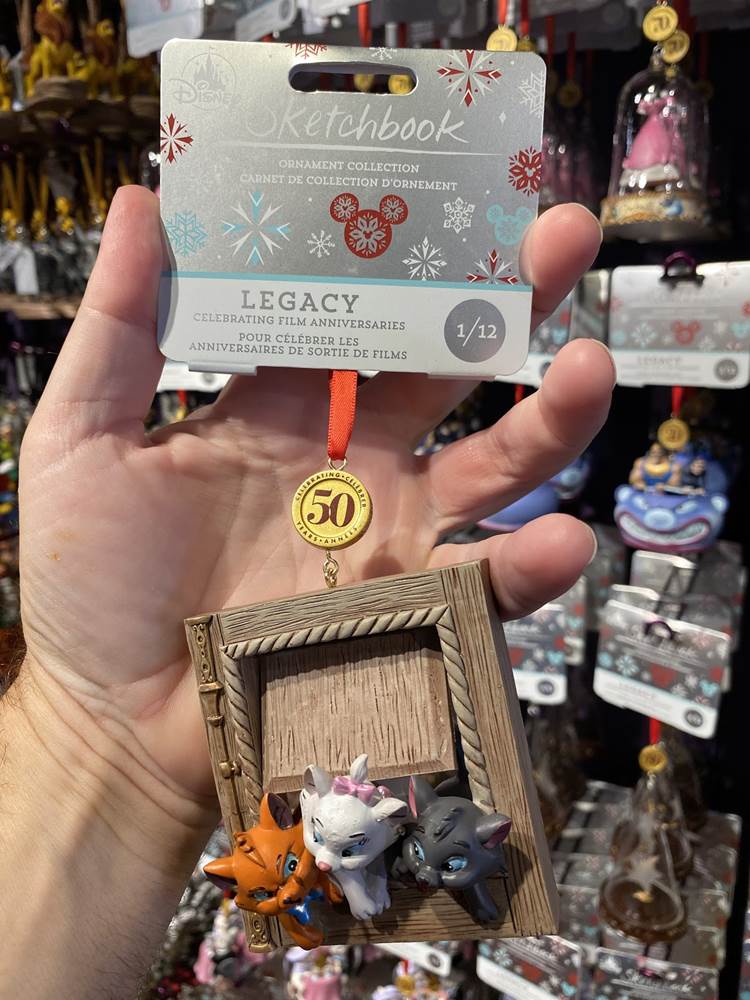 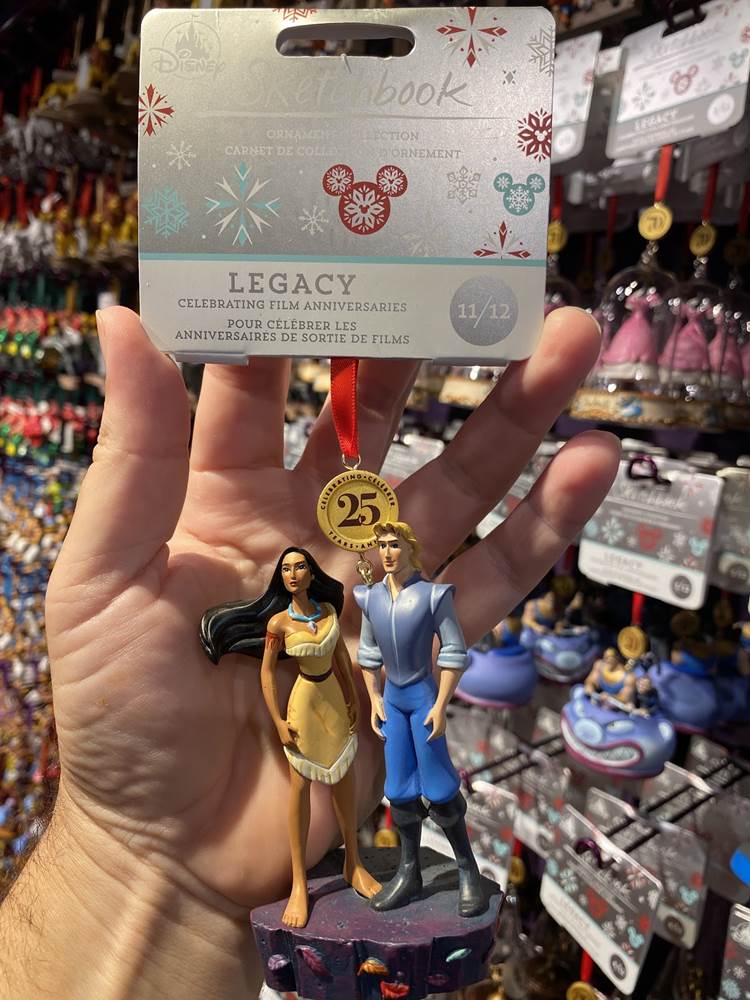 Arguably the greatest milestone anniversary to celebrate with an ornament this year, is the 90th birthday of the faithful canine pal, a mouse’s best friend, Pluto. The ornament pays homage to the opening banners from the Pluto shorts, with the dog himself bursting through, but on the rear of the ornament, his back end still retains his original black and white design. And while not celebrating a milestone anniversary, both Pixar’s Up and Marvel’s Guardians of the Galaxy get some ornamental attention with Carl and Ellie and Baby Groot. 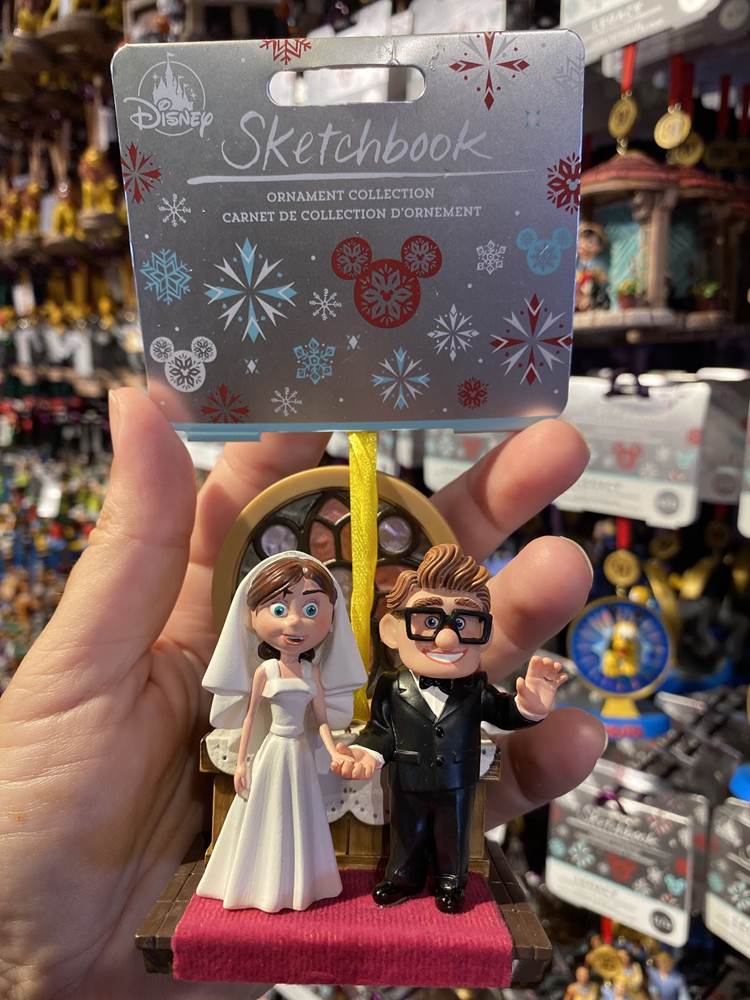 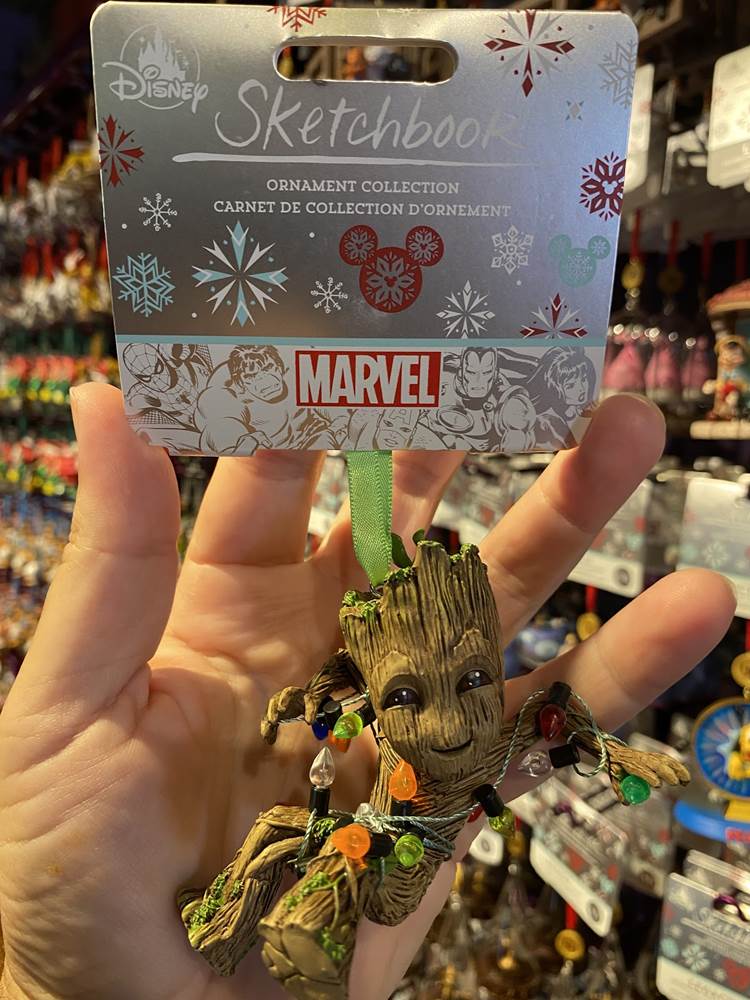 These ornaments were spotted at the Disney Days of Christmas store at Disney Springs at Walt Disney World for 29.99 each, but have also been seen on ShopDisney.