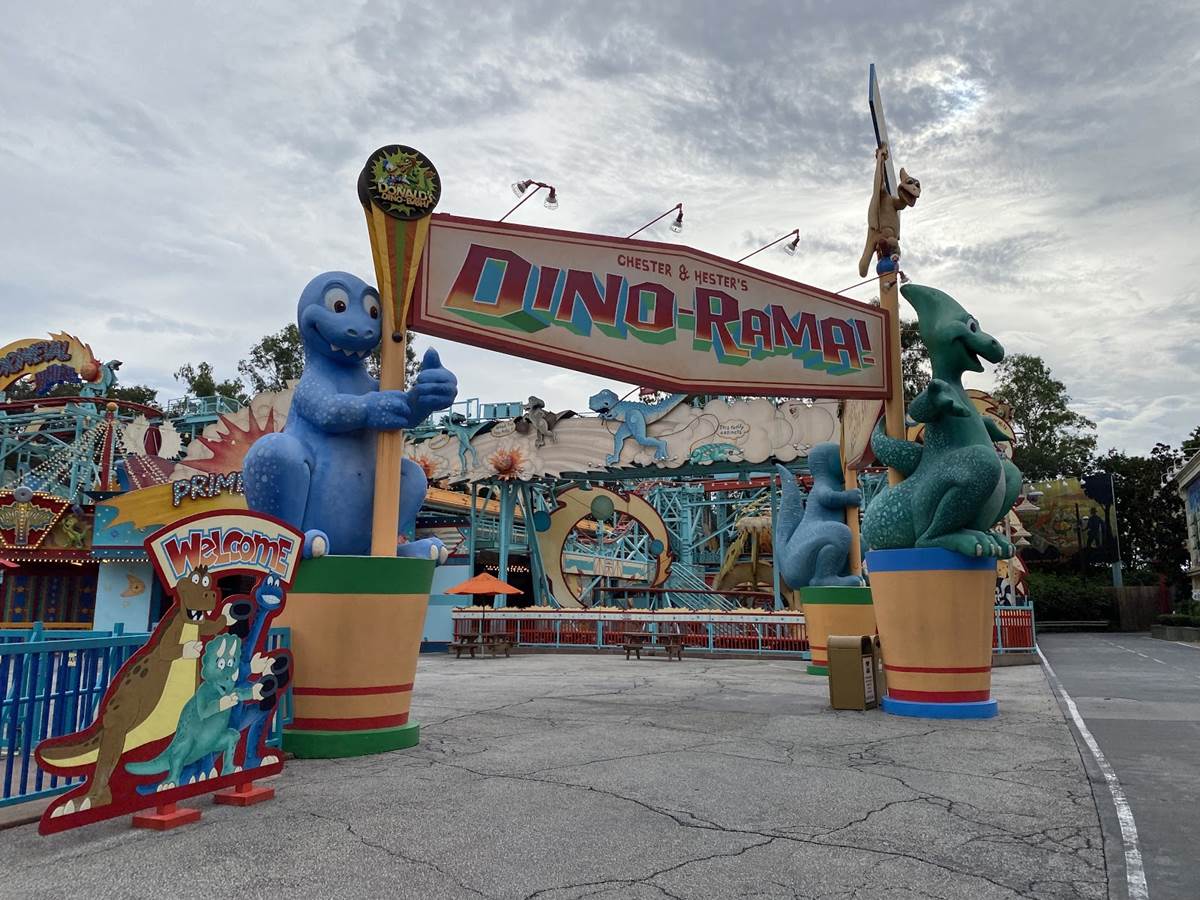 DinoLand U.S.A. just got a lot more cuddly with new plush prizes at the Fossil Fun Games of Chester & Hester’s Dino-Rama at Disney’s Animal Kingdom. Florida correspondent Jeremiah Good was the lucky first player today when the games reopened today for the first time since March. 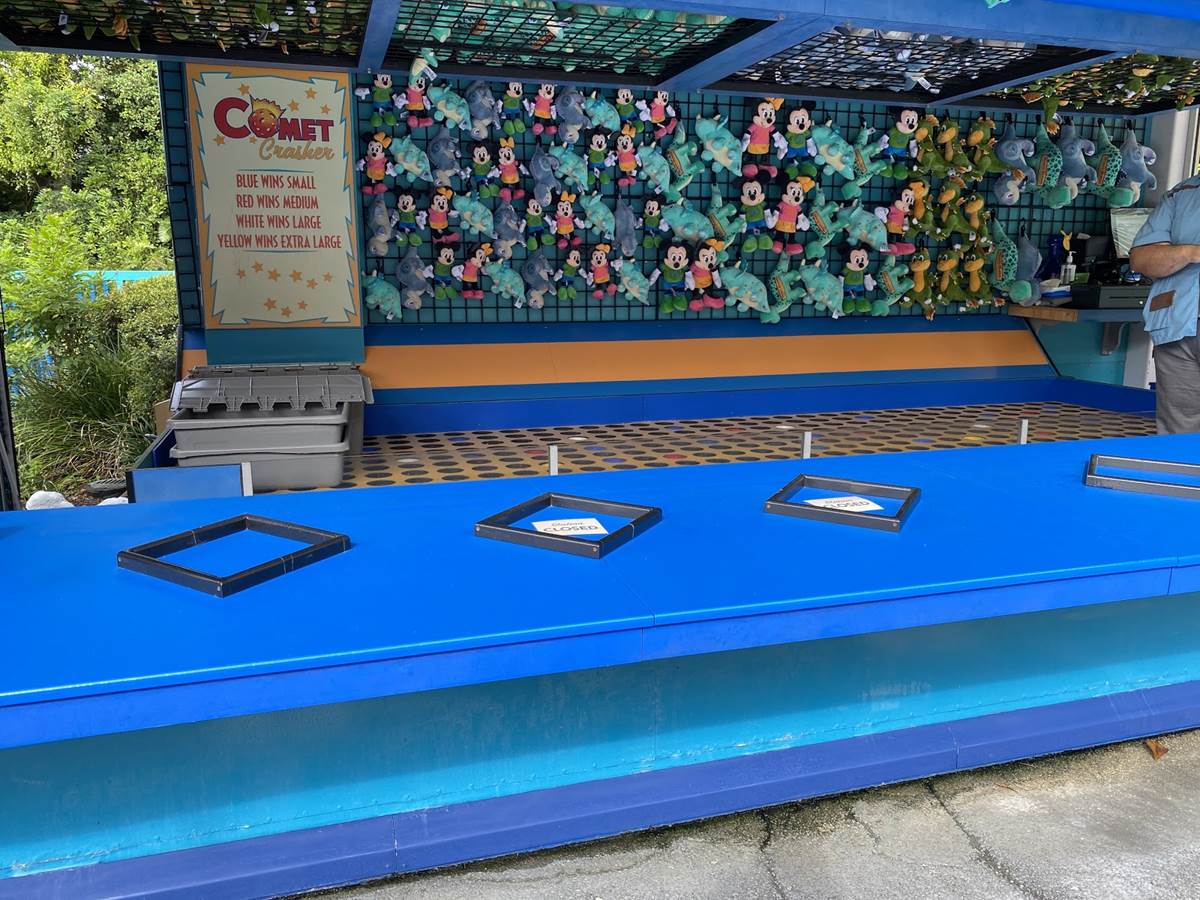 Two of the five games have reopened, “Comet Crusher” and “Bronto-Score.” New plushies themed to DinoLand U.S.A. come in four sizes: Small, Medium, Large, and Jumbo, but not all characters are available in each size. 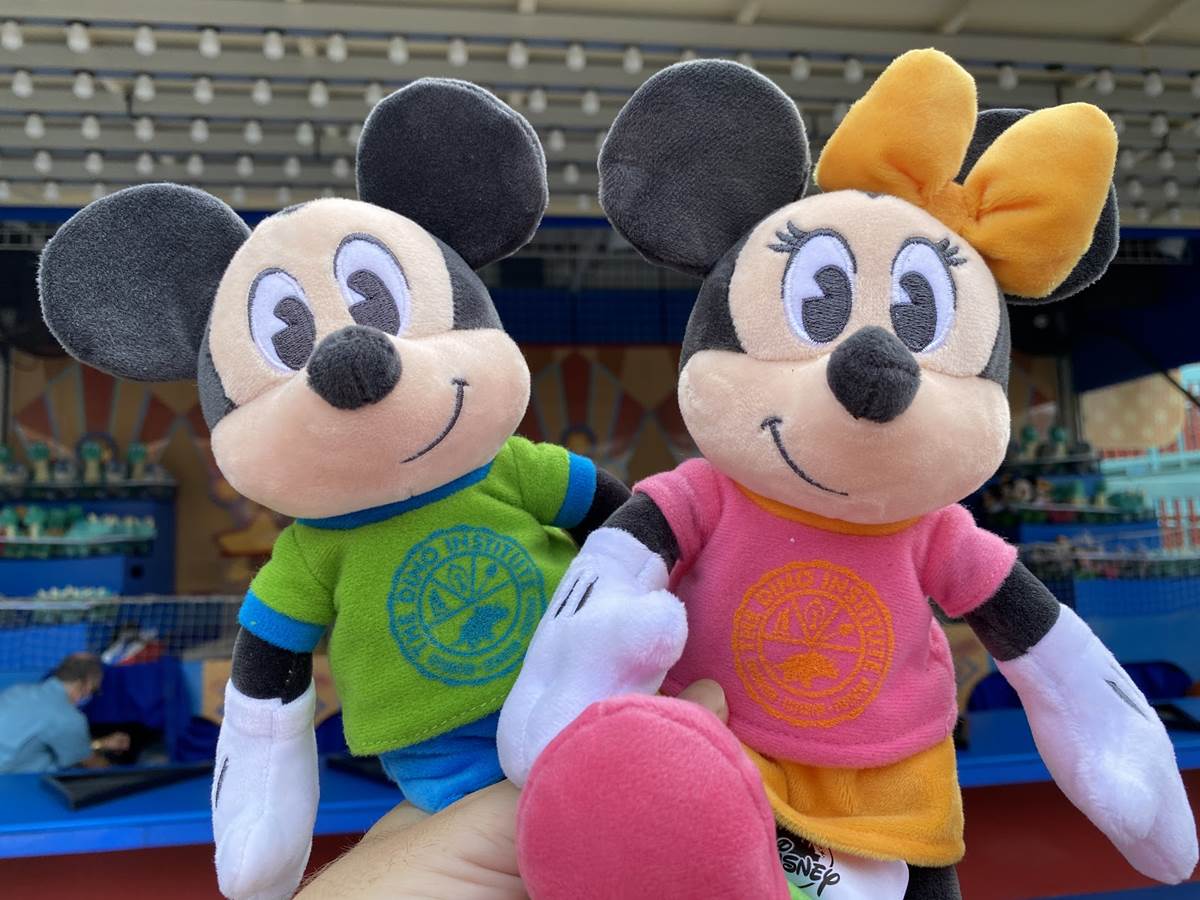 Mickey and Minnie Mouse are both wearing Dino Institute t-shirts and come in small and medium sizes. 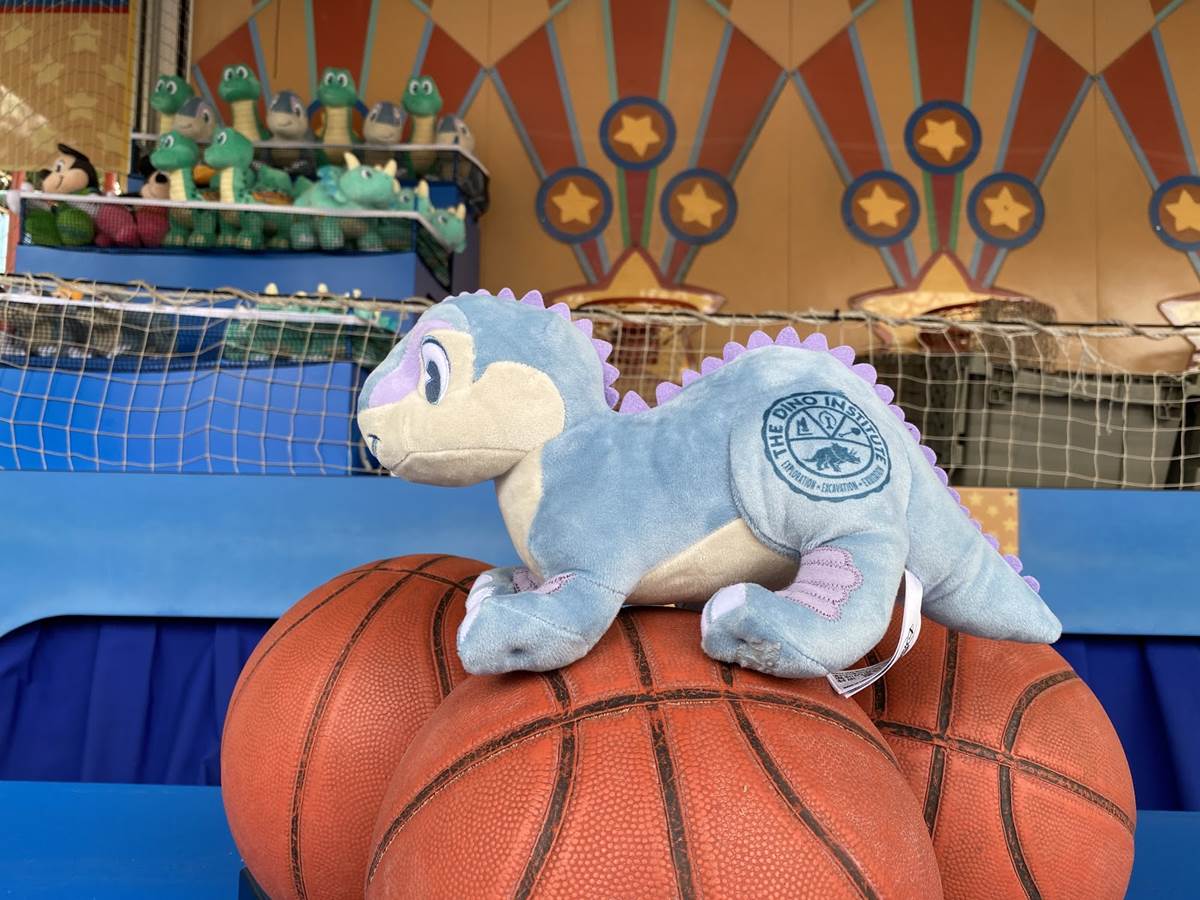 Look who made it back with you from your trip aboard Dinosaur! This adorable Aladar plush has the Dino Institute logo stamped on his rear like a cutie mark and comes in small and jumbo sizes. Isn’t he cute? 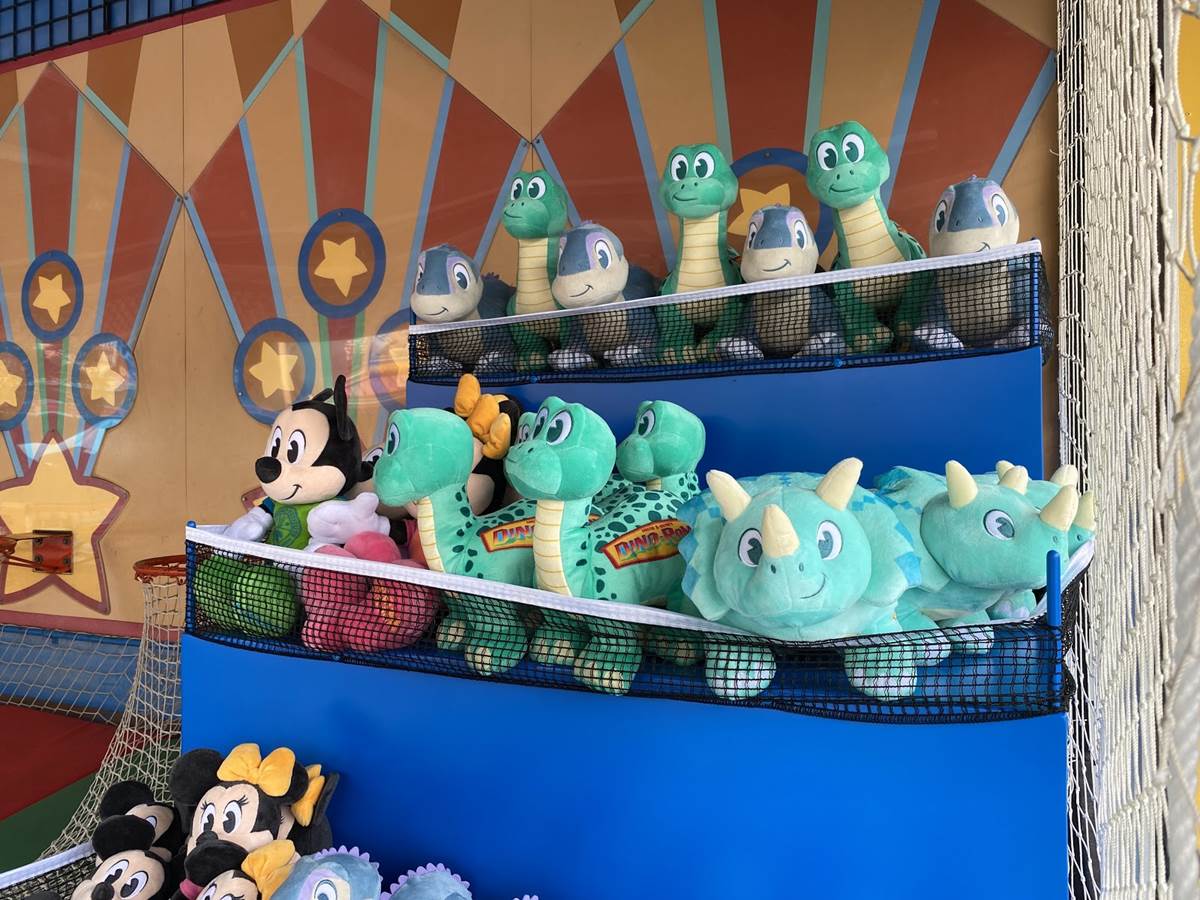 Perhaps noting is cuter than the triceratops from TriceraTop Spin, who can be yours as a small or medium prize. You know that giant brontosaurus that you can walk under on the Finding Nemo: The Musical side of DinoLand U.S.A.? He’s a rare species, a “Cementosaurus,” and you can bring him home, too! He’s available in medium, large, and jumbo prize sizes! The mascot for Donald’s Dino-Bash is the final prize in the collection, a feathered ancestor only available in the large size and only found at Comet Crashers, while the other prizes can also be won at Bronto-Score. 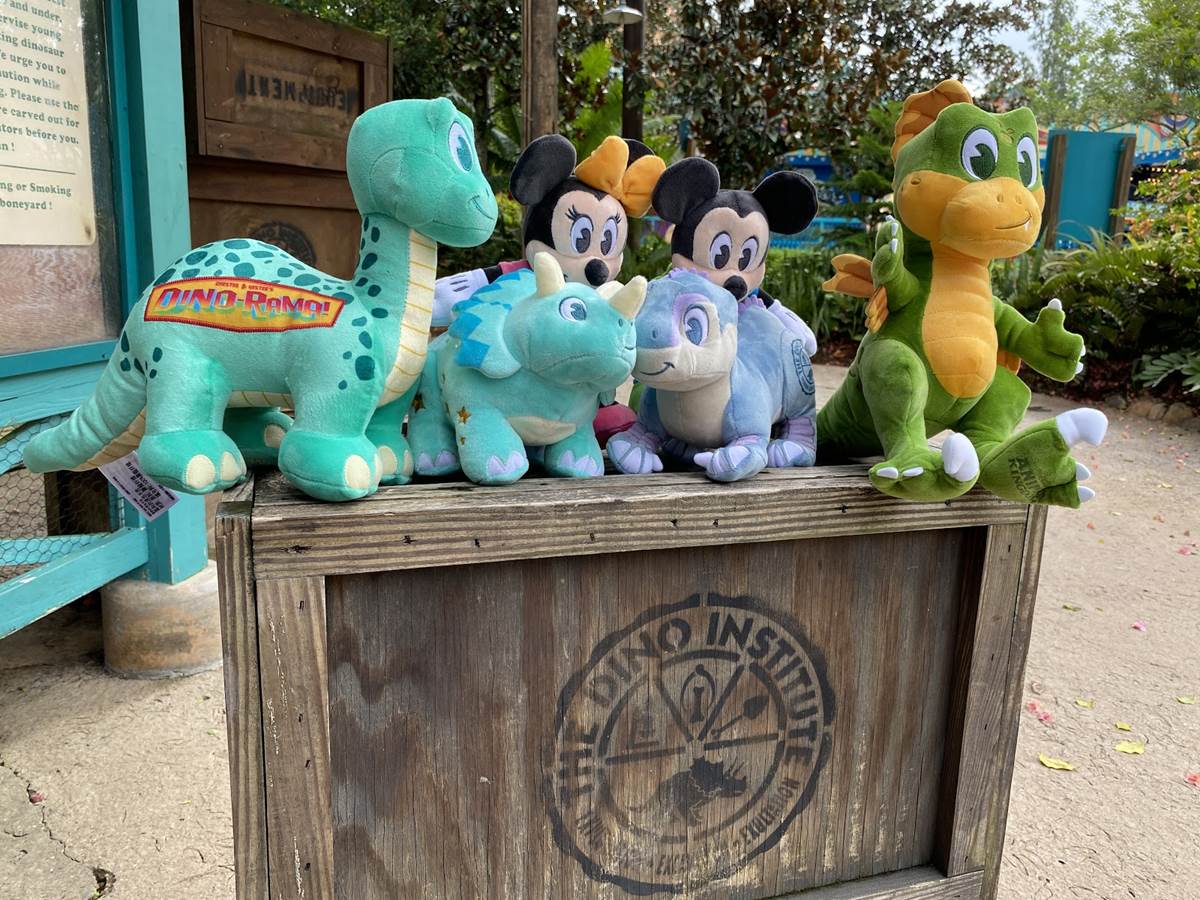 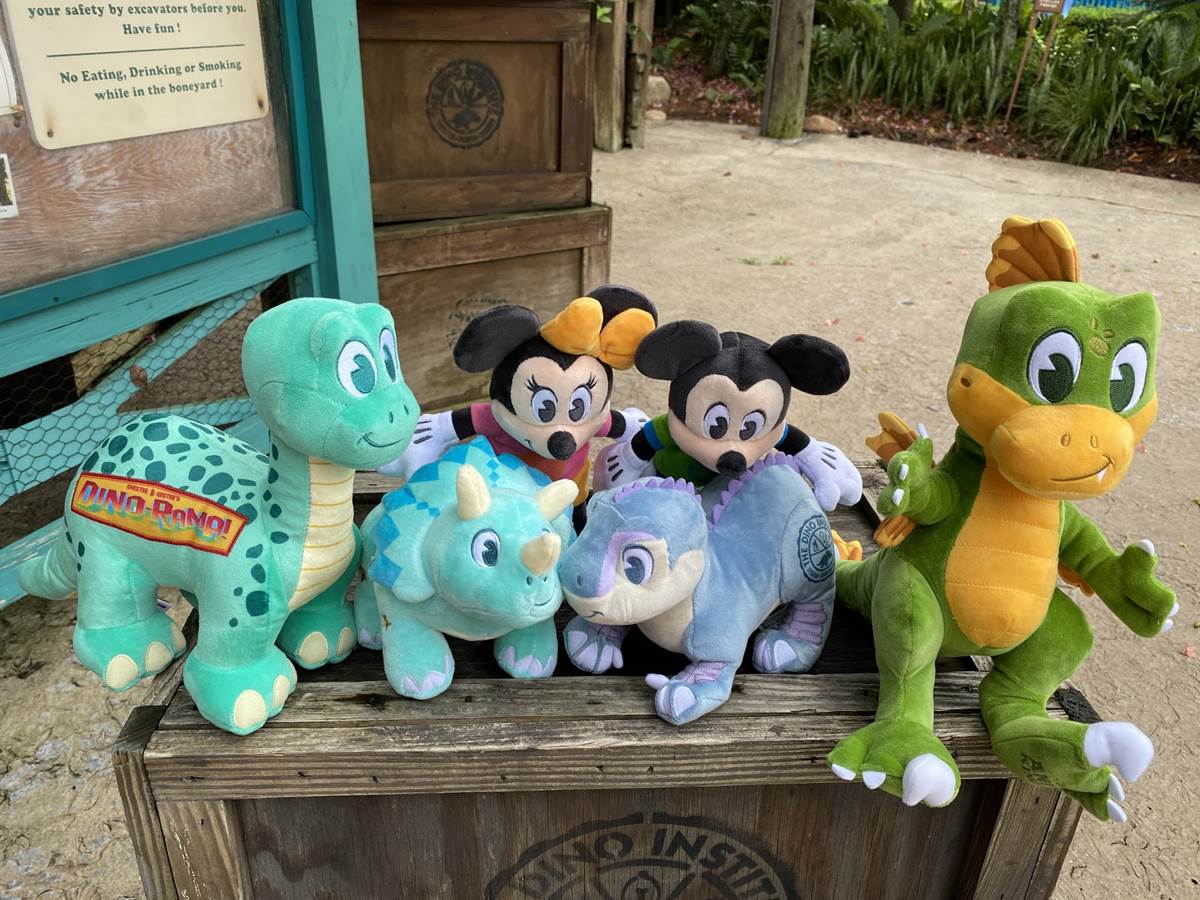 Both games include hand sanitizer for Guests to use before and after they play. Comet Crashers is a ring-toss style game and Bronto-Score is a basketball game. Can’t make it to Disney’s Animal Kingdom to score some of these prizes? shopDisney carries a Donald Duck Dino Bash plush and the even more adorable Chip ‘n Dale Dino Bash plush duo.