We’re sad to share that Alex Trebek, longtime host of Jeopardy!, has passed away at the age of 80. The TV host announced in 2019 that he had stage IV pancreatic cancer and published a memoir in July titled The Answer Is . . .: Reflections on My Life.

Jeopardy! is saddened to share that Alex Trebek passed away peacefully at home early this morning, surrounded by family and friends. Thank you, Alex. pic.twitter.com/Yk2a90CHIM

The seven-time Emmy winner and Guinness World Record holder for most game show episodes hosted by the same presenter of the same program was born on July 22nd, 1940 in Sudbury, Ontario, Canada as George Alexander Trebek. He got his start on TV while in college with the Canadian Broadcasting Company and remained with them through the 1960’s.

In 1971, Trebek moved to Los Angeles to begin hosting game shows for NBC (The Wizard of Odds and High Rollers) as well as many others over the years. His collaboration with Merv Griffin led to his turn as host for the revival of Jeopardy! in 1984, produced by Sony Entertainment and syndicated throughout the country. Primetime specials have aired on ABC since the 1990’s.

Alex Trebek’s hosting duties for Jeopardy! gave him a role in the EPCOT attraction Ellen’s Energy Adventure, which ran from 1996 to 2017. In the attraction, Ellen Degeneres had a nightmare that she was on Jeopardy! playing against her old college nemesis “Stupid” Judy, played by Jamie Lee Curtis. The hilarious attraction also featured Bill Nye the Science Guy. Among the celebrity tweets today was one from “Stupid” Judy hereself.

The answer is….. THANK YOU! Alex Trebek. You were grace and guts and humor and deep love.

Trebek also guest starred on Disney-produced shows, including the ABC One Saturday Morning cartoon Pepper Ann, an episode of The Golden Girls titled “Questions and Answers”, an episode of Blossom called “Who's Not on First,” and a vocal cameo in the Hollywood Pictures comedy Spy Hard. His 20th Century Fox work includes guest starring roles on The X-Files, The Simpsons, Family Guy, and the upcoming 20th Century Studios comedy film Free Guy. Ryan Reynolds shared a tweet about his time working with Trebek on his final film.

Alex Trebek was kind enough to film a cameo for our film Free Guy last year despite his battle. He was gracious and funny. In addition to being curious, stalwart, generous, reassuring and of course, Canadian. We love you, Alex. And always will.

We mourn the loss of #alextrebek -a friend, a colleague, an icon. He graced us with warmth, wit & pure elegance, which is why we welcomed him into our homes night after night, year after year.
We are deeply saddened for his wife Jean, his family & millions of Jeopardy fans.

Alex Trebek is survived by his wife, Jean Currivan Trebek, and his three children, Nicky, Emily and Matthew. 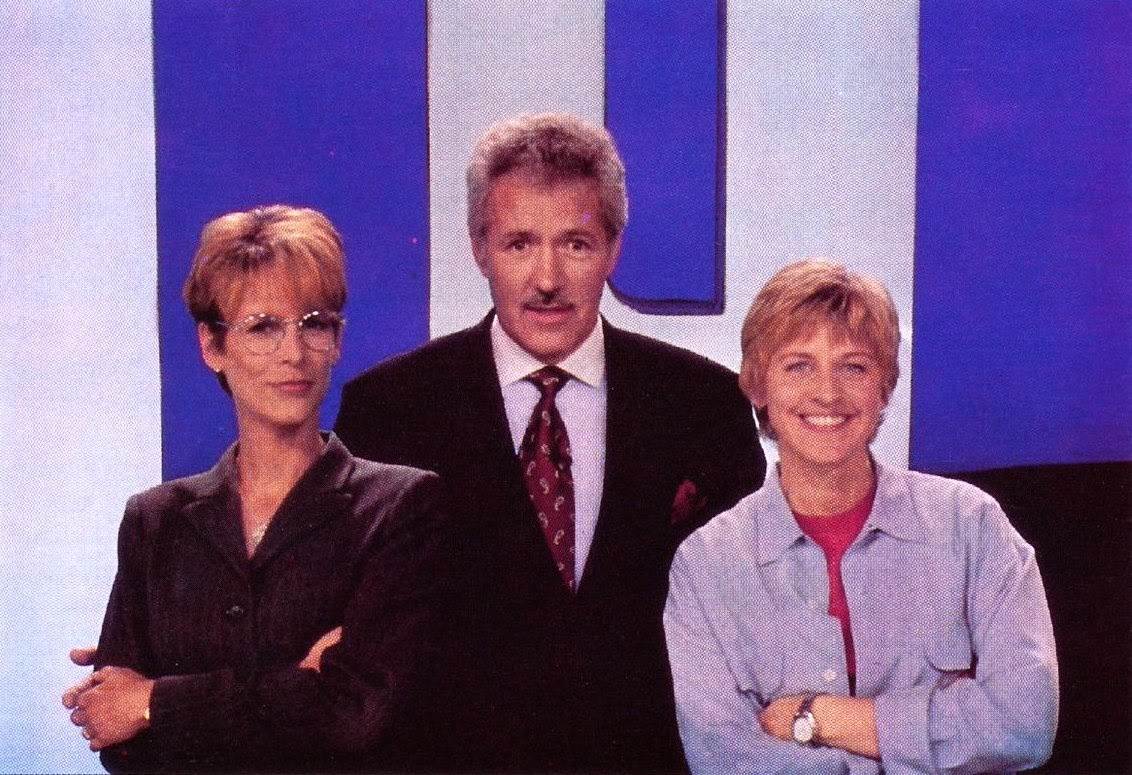