The Valkyries, some of the finest warriors in the Marvel Universe, will rise again this January in KING IN BLACK: RETURN OF THE VALKYRIES. Written by Jason Aaron and Torunn Grønbekk with art by Nina Vakueva, this brand-new series will star Jane Foster, Dani Moonstar, Hildegarde, and a brand-new Valkyrie with a startling origin. 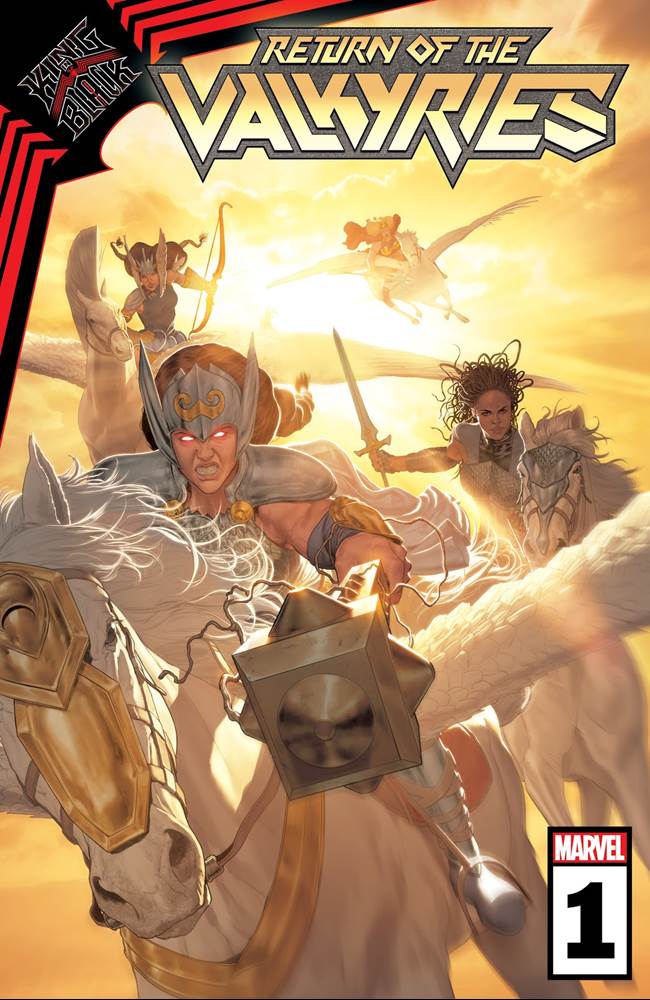