2020 has been quite a year, feeling in some ways, extremely fast and in others like it will never end. So much has happened since January 1st and ABC News in taking audiences on a look back at all of the headline making moments that started off this decade. The Year: 2020 airs on ABC on December 29th. 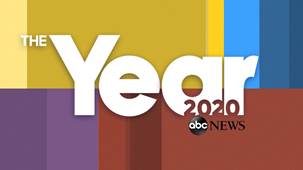 About This ABC News Special:

The Year: 2020 is produced by ABC News. John R. Green and John Palacio are the Executive Producers.