When designing Disneyland, one aspect that Walt Disney was unwilling to compromise on was this: “It should be surrounded by a train.” Built as a West Coast version of the happiest place on earth, Magic Kingdom Park greets Guests with a beautiful Victorian train station and as the locomotive pulls in, Guests get a full view of the first attraction they can board after passing through the gates. 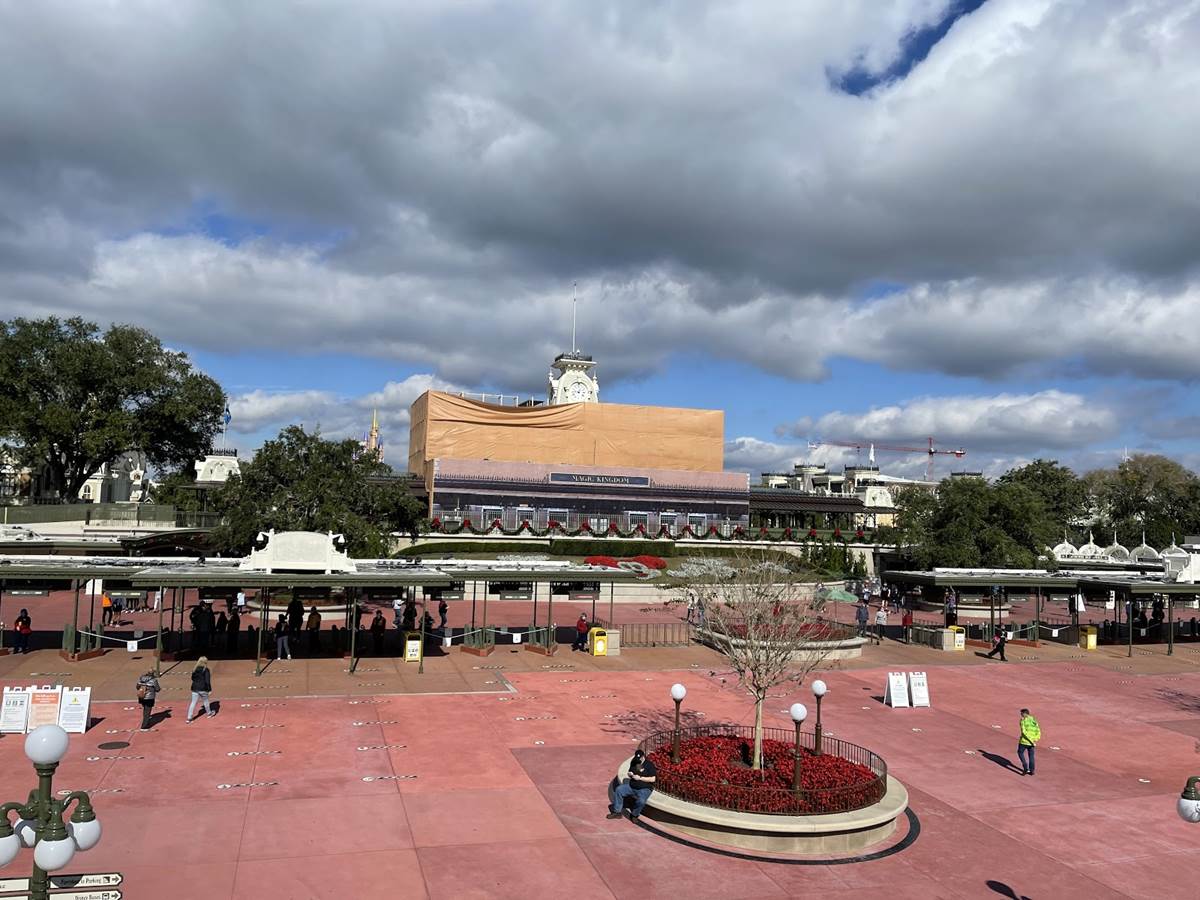 One of the ways Walt Disney World keeps their parks looking fresh and clean is with routine refurbishments and the time has come for the Main Street Train Station. 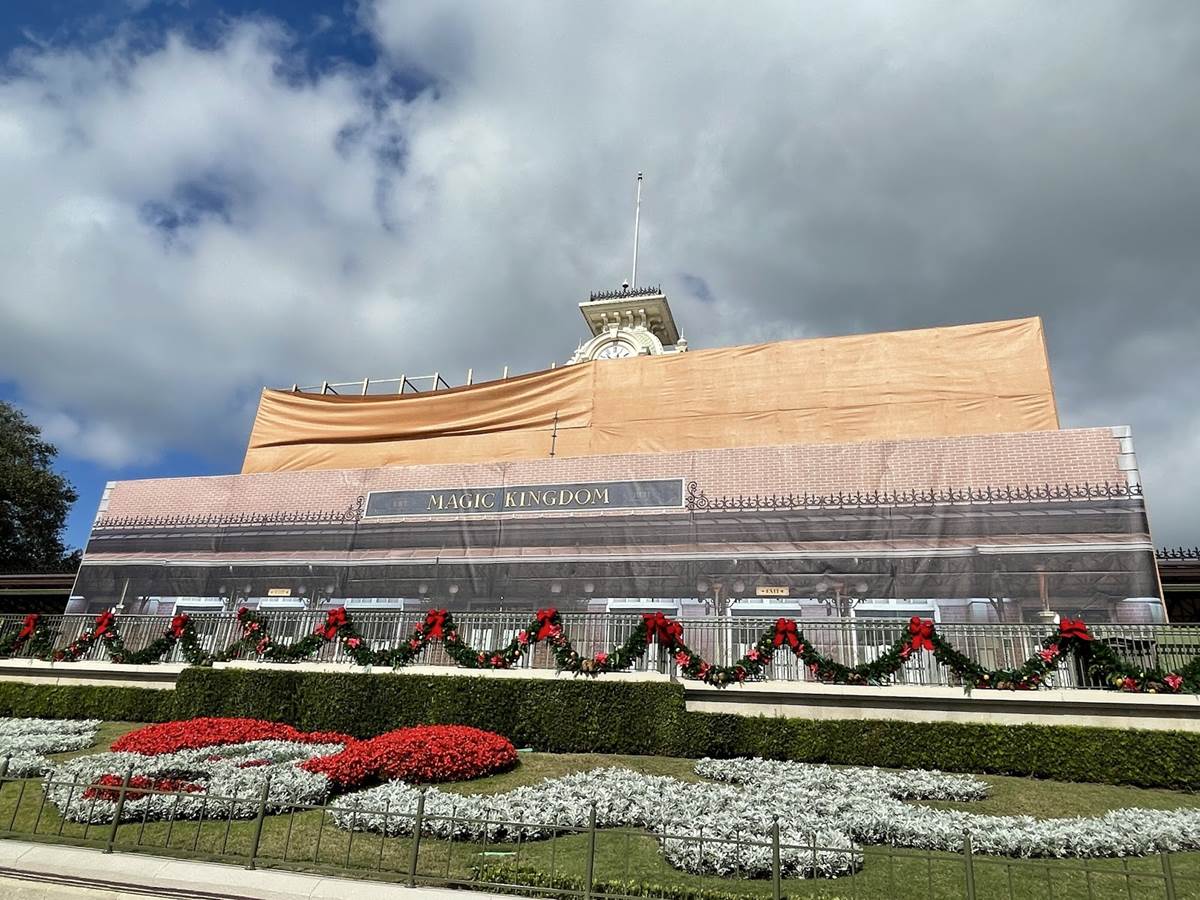 The lower half has a photo scrim that replicates the facade of the building. It’s a nice touch so your family photo in front of the red and white holiday Mickey Floral won’t look bad. 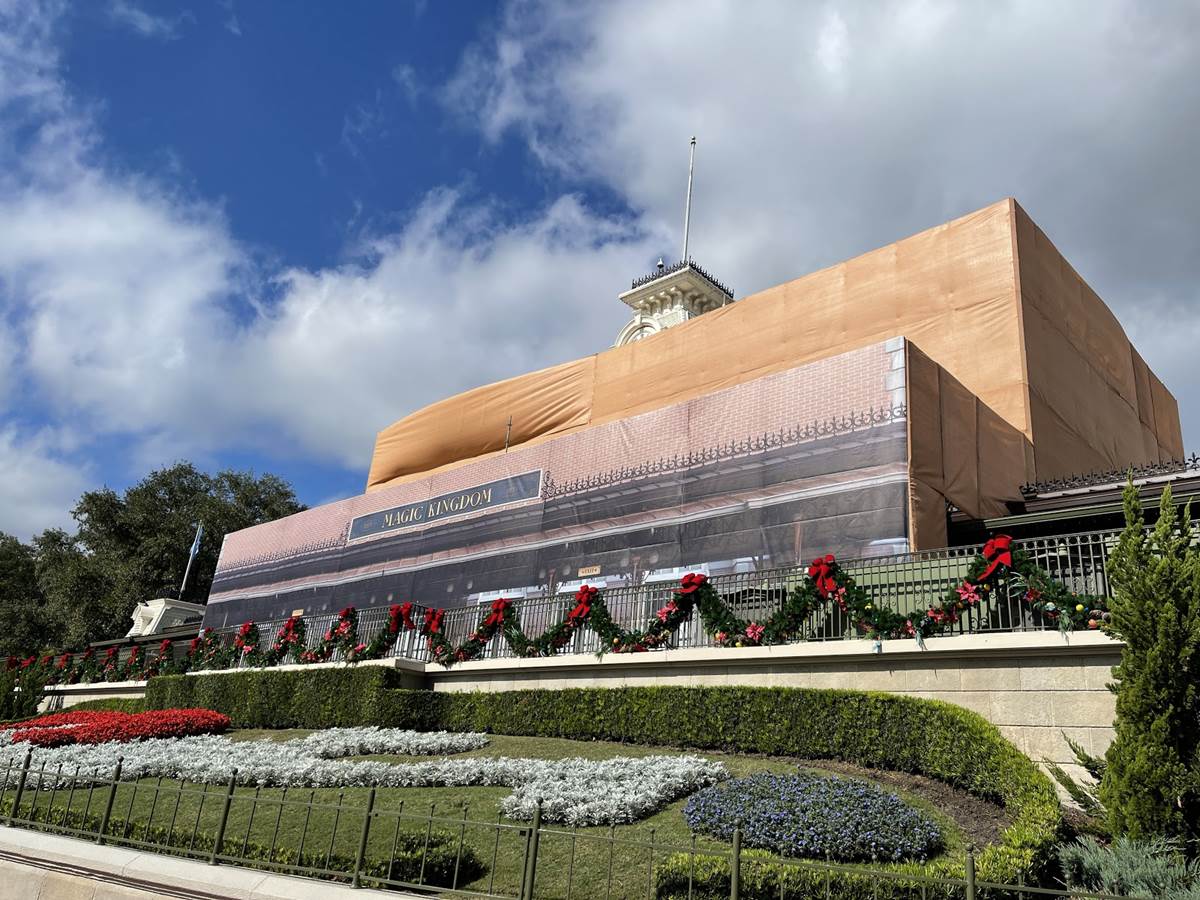 The gate in front of the train station has also retained its holiday garland. 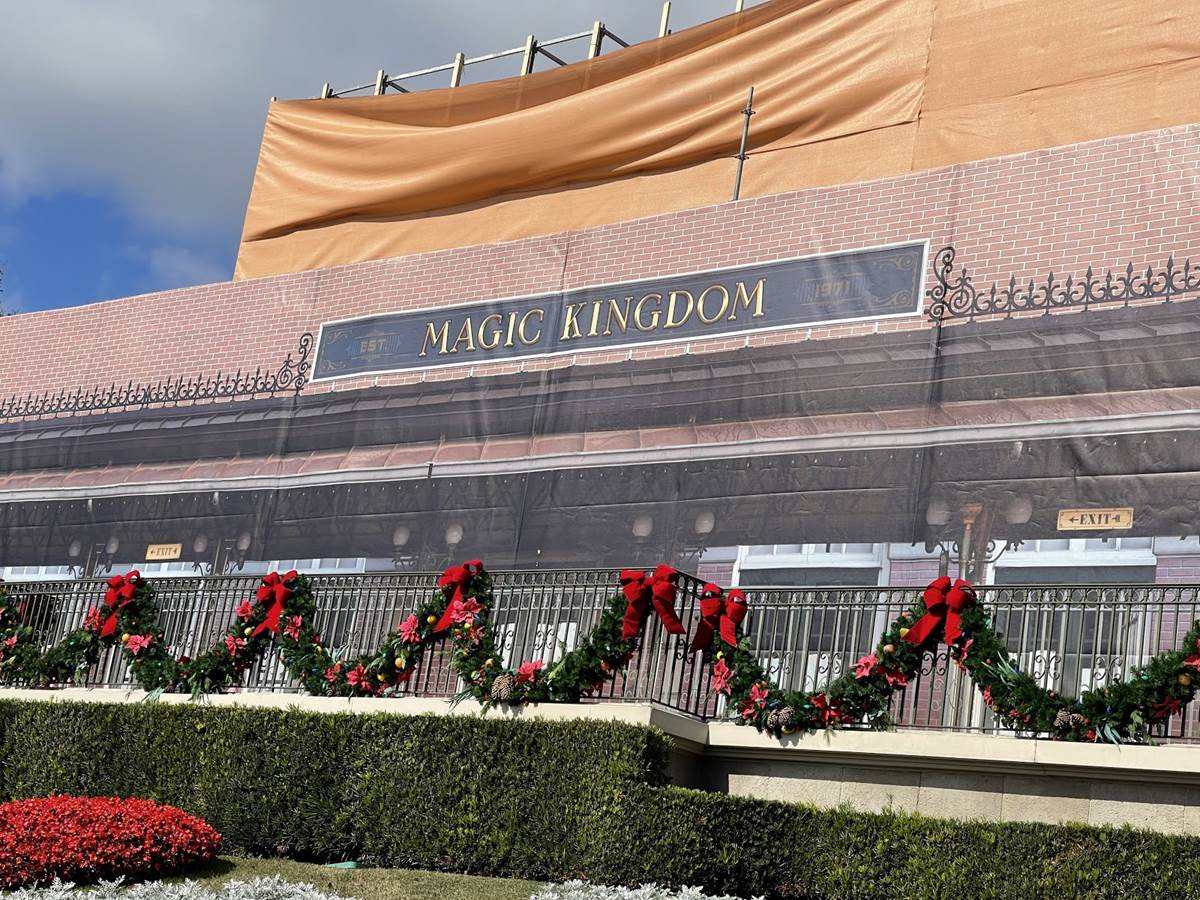 The backside of the train station has scrim up, too. 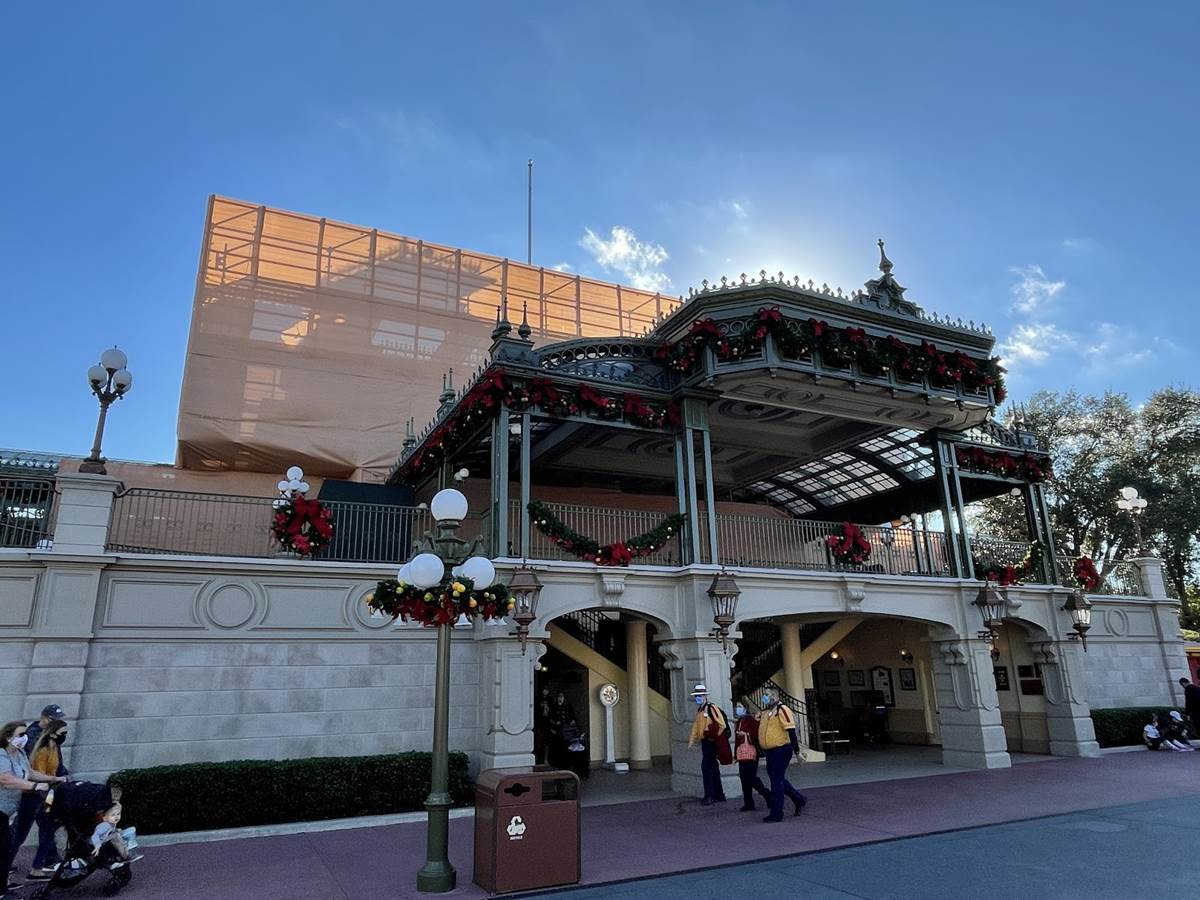 When work is complete, the Main Street Train Station should look as good as it did on opening day, almost 50 years ago! 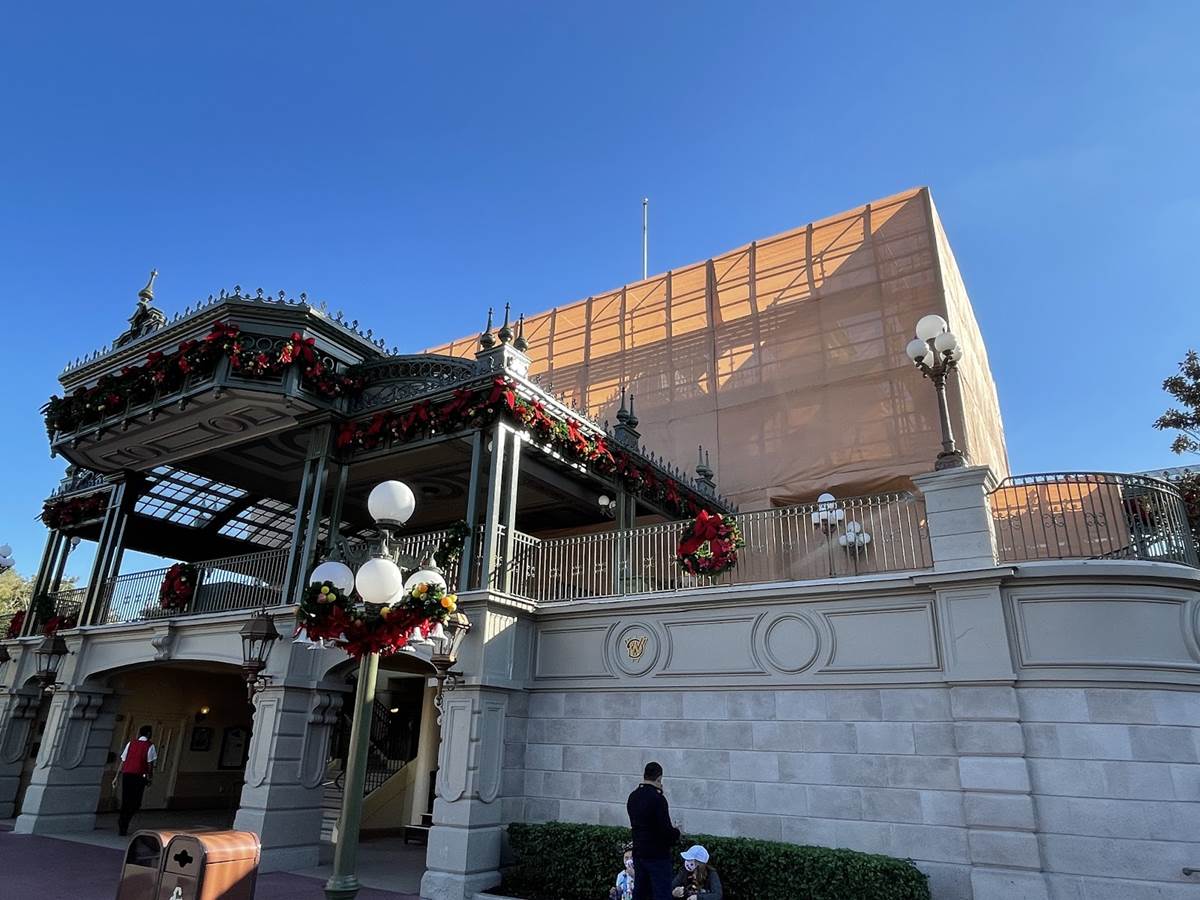