Did you notice this Star Wars: Galaxy’s Edge Easter Egg in the season two finale of The Mandalorian? Unless you read Aurebesh, you probably didn’t.

SPOILER WARNING: This post is intended for readers who have already seen “Chapter 16” of The Mandalorian. 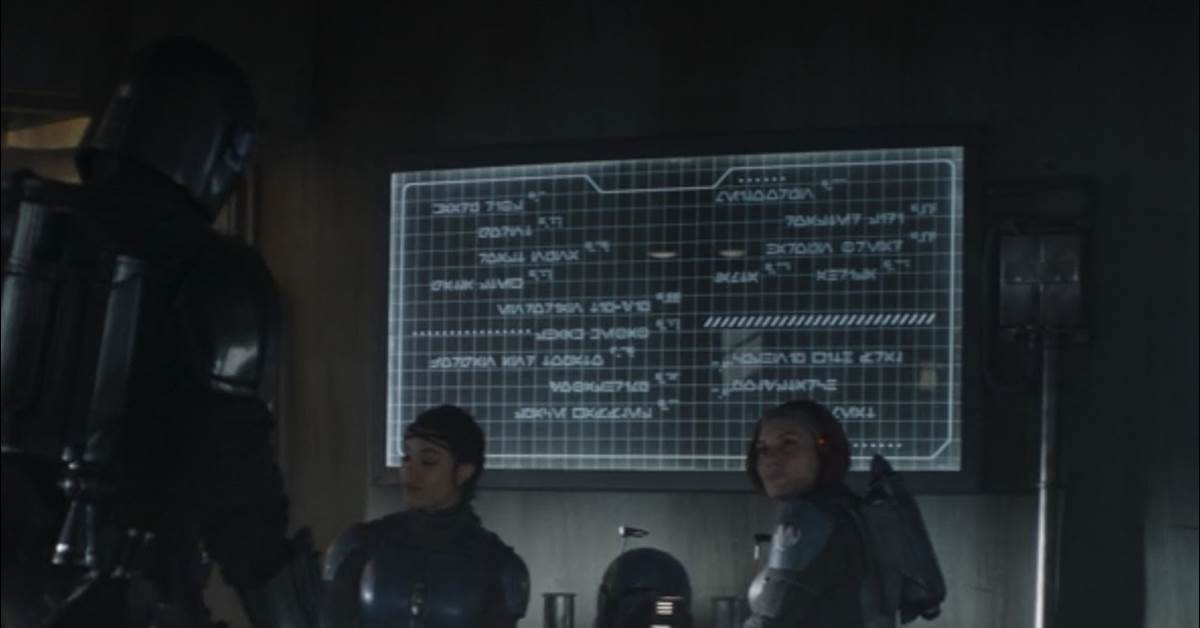 It only appears on screen in clear view for a second, but this menu board is in the cantina where Din Djarin and Boba Fett find Bo-Katan Kryze and Koska Reeves to ask them to join “The Rescue.” Our Star Wars expert, Mike Celestino, translated the menu from Aurebesh into English and discovered some of the menu items are available at Docking Bay 7 and Ronto Roasters in Black Spire Outpost on the planet Batuu, also known as Star Wars: Galaxy’s Edge.

Here’s the full menu in English. Items with an asterisk can be found in Star Wars: Galaxy’s Edge.

While some of the menu items match what Chef Strono “Cookie” Tuggs serves up at Docking Bay 7, it’s worth noting that nearly all of the menu items are found elsewhere in the Star Wars stories, with “Jorgan” being the only item without an entry on Wookiepedia.