ESPN networks will cover the College Football Playoff Semifinals New Year’s Six with several MegaCast presentations. Fans across the country can follow along with all of the excitement through a variety of sports media during each big matchup. 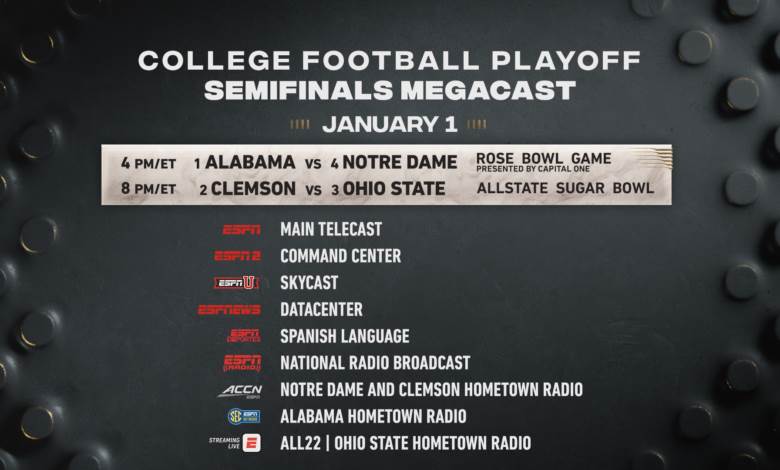 Alternate Presentations (all available on the ESPN App):

In addition to multiple presentations, fans will be able to hear the call of the CFP Semifinals from a multitude of broadcast teams: