Earlier today, we were at Disneyland’s Downtown Disney District for a Live Park Walk & Talk and in the expansion of the area that now consists of Buena Vista Street at the closed Disney California Adventure we spotted some new kitchen accessories. A new series of hand/dish towels have made their appearance on Buena Vista Street, and one features a carousel horse from King Arthur’s Carousel across the Esplanade with the phrase “The Happiest Place on Earth” embroidered into it, as well as a map featuring a map of the resort with different park icons and symbols including Sleeping Beauty Castle, The Carthay Circle Theater, Grizzly Peak, the Matterhorn, and more. 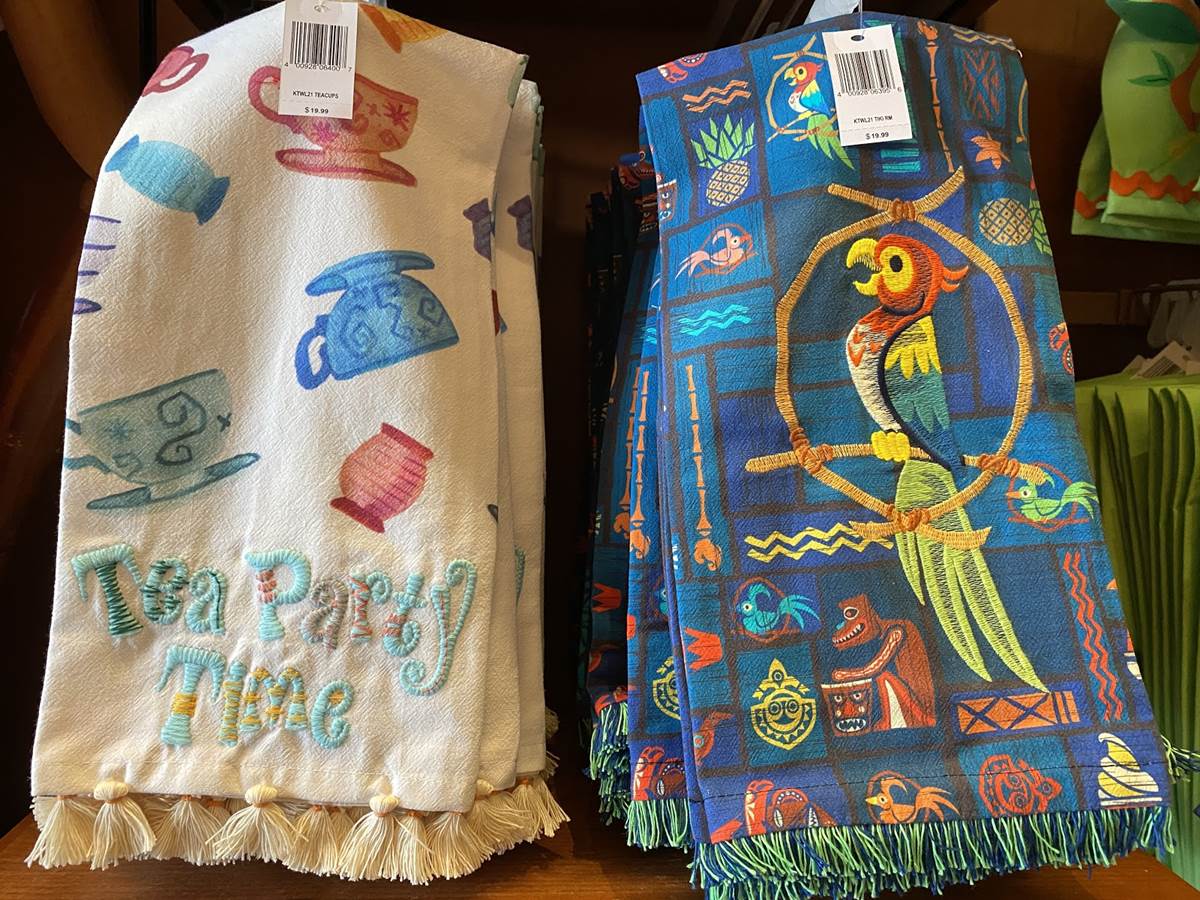 Other towels in the collection feature favorite food items from the park, Snow White’s poisoned apple, the teacups of the Mad Tea Party attraction, and a print featuring our feathered friends from the Enchanted Tiki Room. One towel also features an appearance by Orange Bird, who is more widely known on the East Coast as part of Magic Kingdom’s Adventureland, but is still recognizable to Disney Fans anywhere. The Three Caballeros (Jose, Panchito, and Donald Duck) also appear on their own towels. 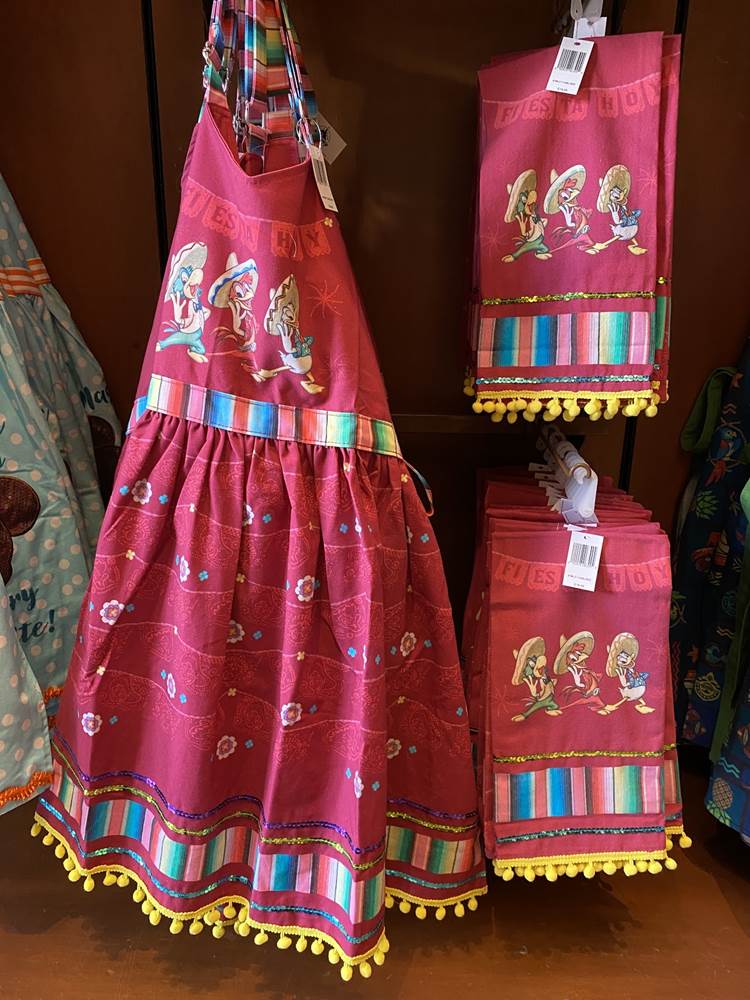 The patterns and designs aren’t limited to towels though, as they are also featured on aprons! The carousel design, the Mickey Ice Cream bar, the Enchanted Tiki Room, and Orange Bird designs are all carried over to these unique pieces of kitchen (or anywhere else!) wear. 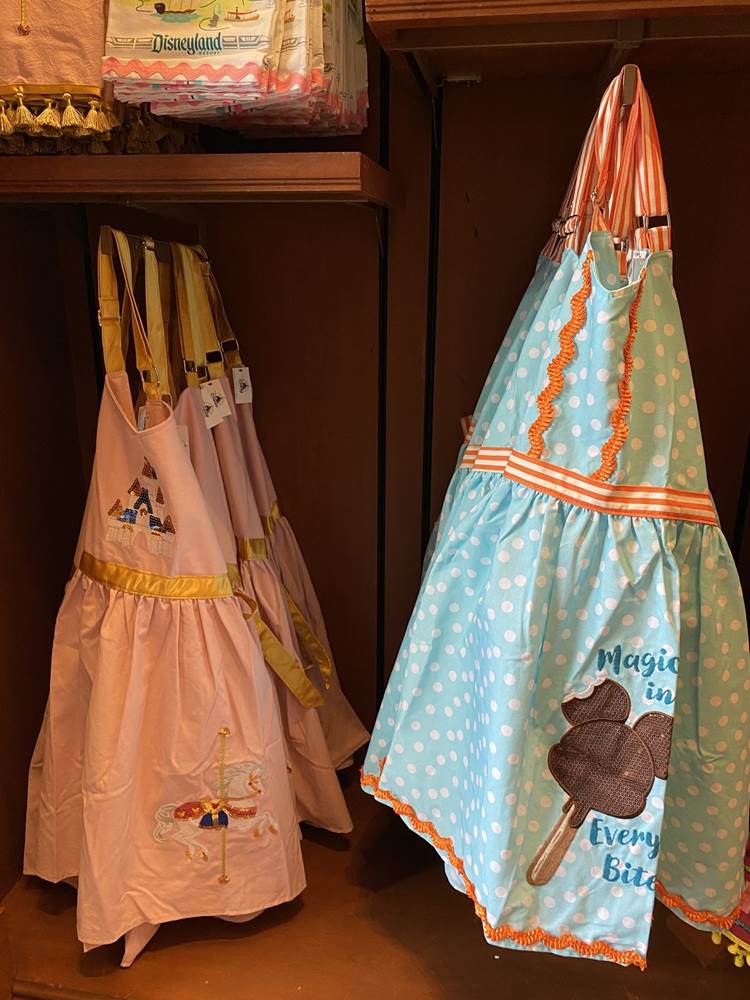 As part of our Live Park Walk & Talk, we went into several stores of Downtown Disney, Buena Vista Street, and Hollywoodland! You can take the trip with us in our video below!