Last week, fans saw Marvel’s most iconic heroes in mysterious teasers. Today, Marvel Comics proudly announced that these characters will be part of a bold new vision of the Marvel Universe crafted by super hero masterminds writer Jason Aaron and artist Ed McGuiness. Their critically-acclaimed work on Avengers will reach its zenith with HEROES REBORN, a new series that answers the question of what the Marvel Universe would look like if the Avengers never assembled. What new super team would step up to fill the void, what deadly threats would emerge unchecked, and what would become of your favorite characters if they never became heroes… 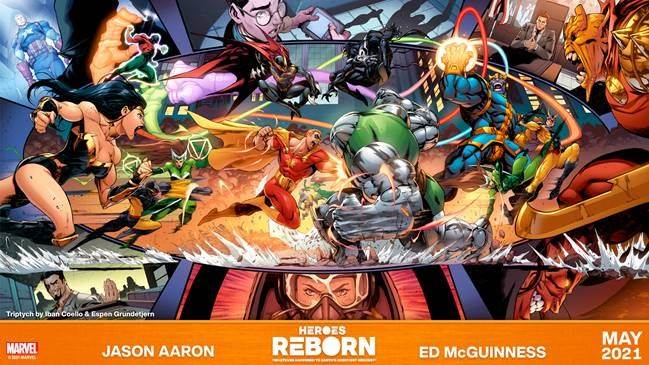