We were at EPCOT earlier and decided to check out the progress on all the latest attractions and events coming to the park in the coming months and years. Let’s take a stroll to the east side of Future World, which when complete, will now be known as “World Discovery.” Over near the Mission: SPACE attraction, the highly anticipated Space 220 is making progress. The show building is located between both Test Track and Mission: SPACE, tucked away in the corner, but you can see that the actual entrance to the restaurant will be part of the pavilion of Mission: SPACE, with all the signage for the new restaurant currently covered up. 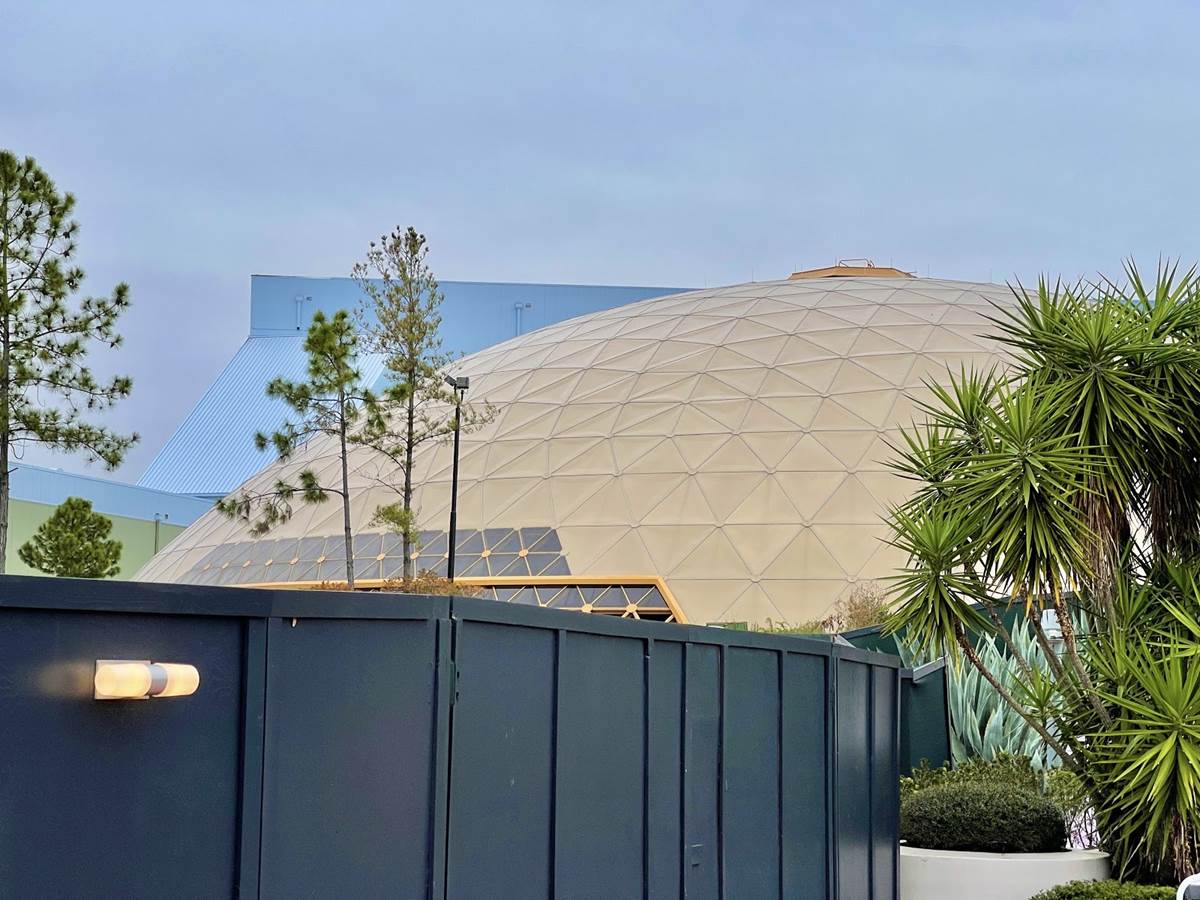 Near the Mission: SPACE attraction, work continues on the PLAY! Pavilion in the former Wonders of Life location. Though the plan never called for many exterior changes to the classic golden dome, much of the work is taking place on the interior of the space, adding several new attractions and activities for guests to enjoy when it finally opens. Due to the interactive nature of the offerings planned for within, we expect that the PLAY! Pavilion is not too high on the priority list for the moment, and no official opening date has been announced at this time. 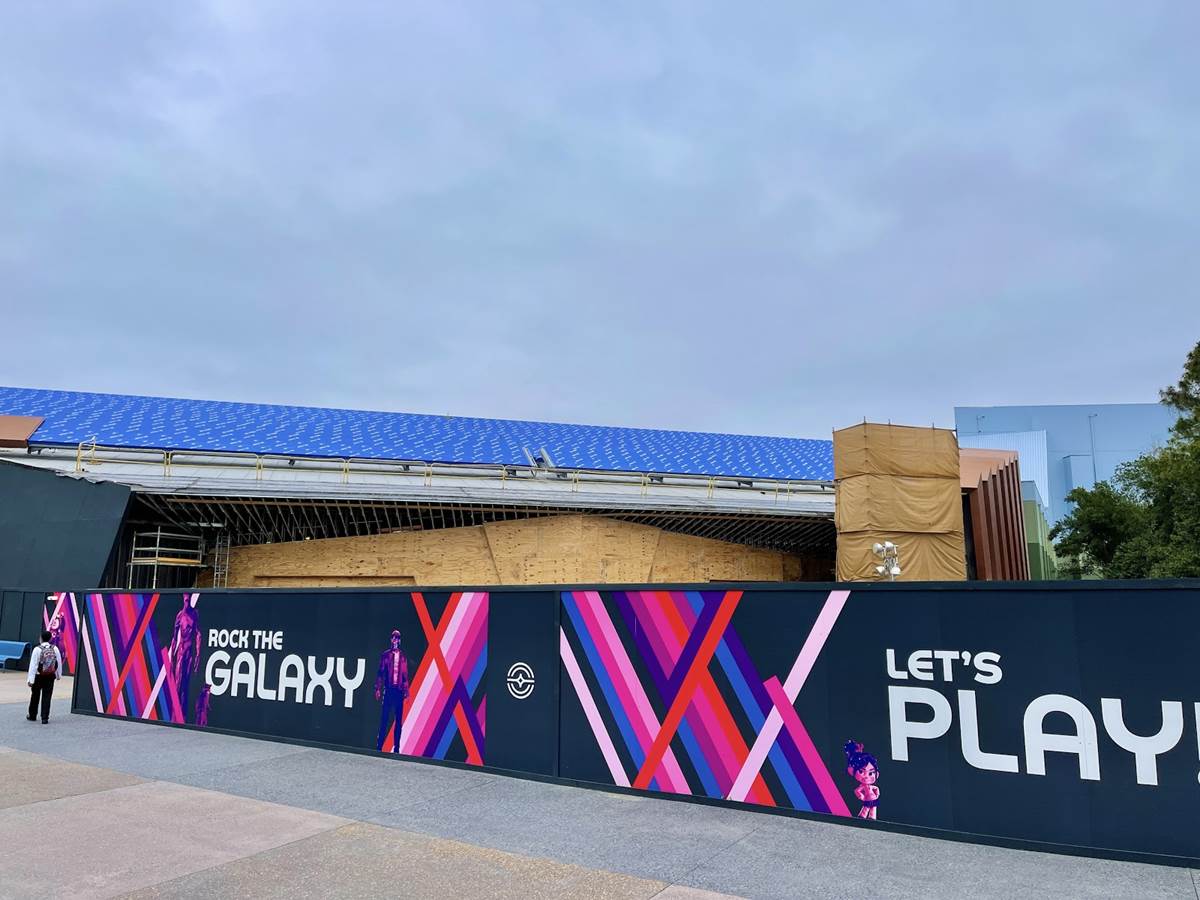 Something that was originally announced to be open in time for the 50th anniversary of Walt Disney World, Guardians of the Galaxy: Cosmic Rewind is definitely showing signs that work is continuing. The former tiled entryway to the Universe of Energy is currently being replaced, as evidenced by new woodwork shaping the exterior of the massive building. Solar panels that once adorned the roof and partially powered the original attraction have been removed, perhaps to be replaced by newer, more efficient models. 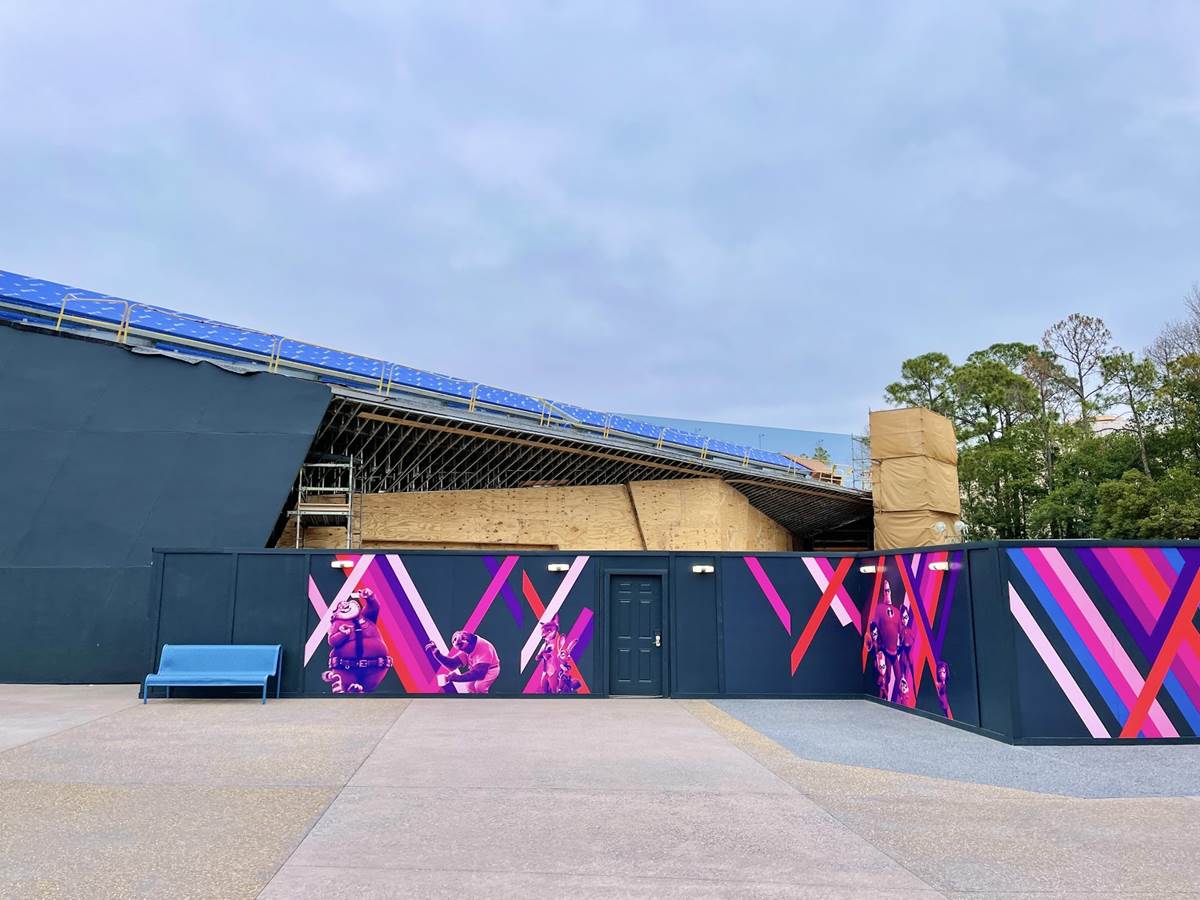 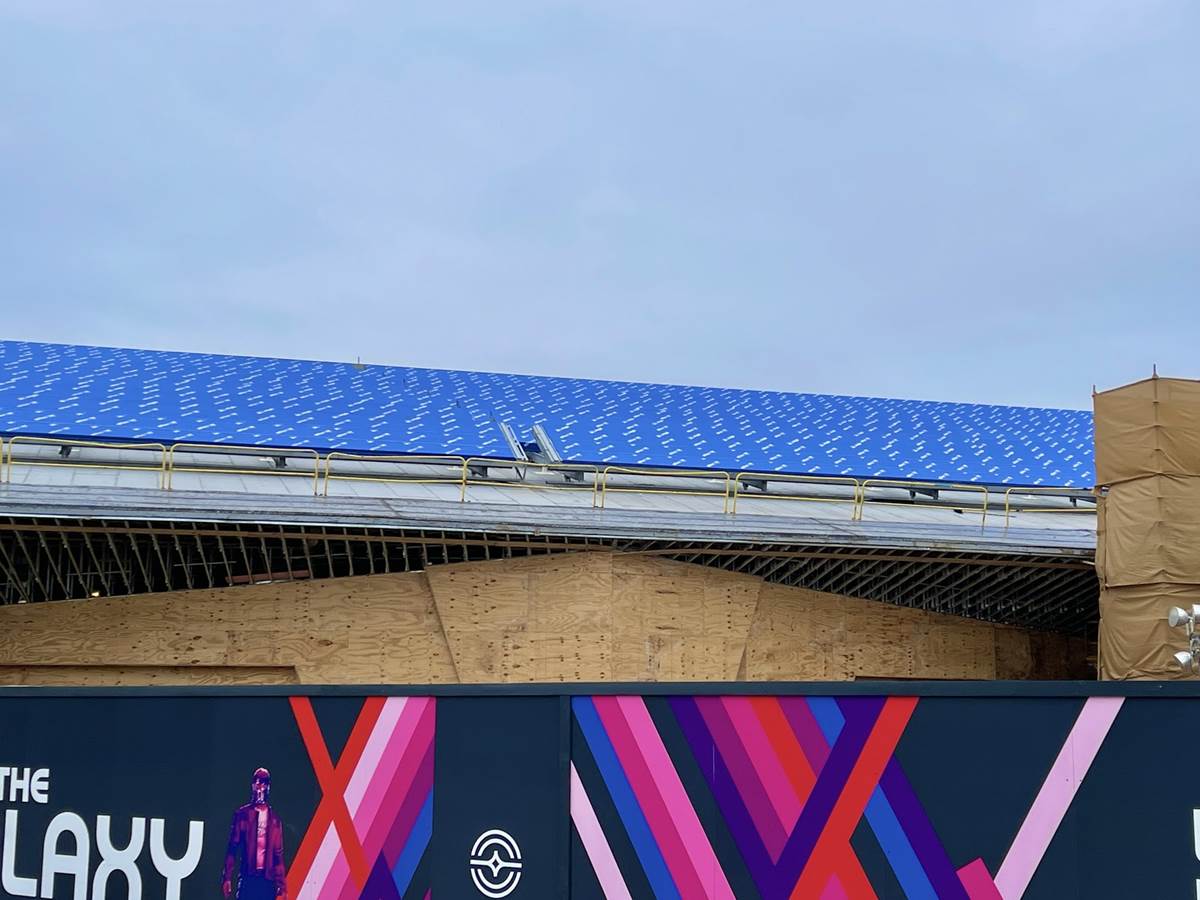 Demolition continues on the former Innoventions/Communicore buildings, making way for new offerings as part of “World Celebration,” the center area behind Spaceship Earth. Only select portions of these buildings are slated to remain as the massive renovations to EPCOT continue. Plans show that the entire western half of these buildings are gone, with a large portion dedicated to the Journey of Water, Inspired by Moana interactive water playground. 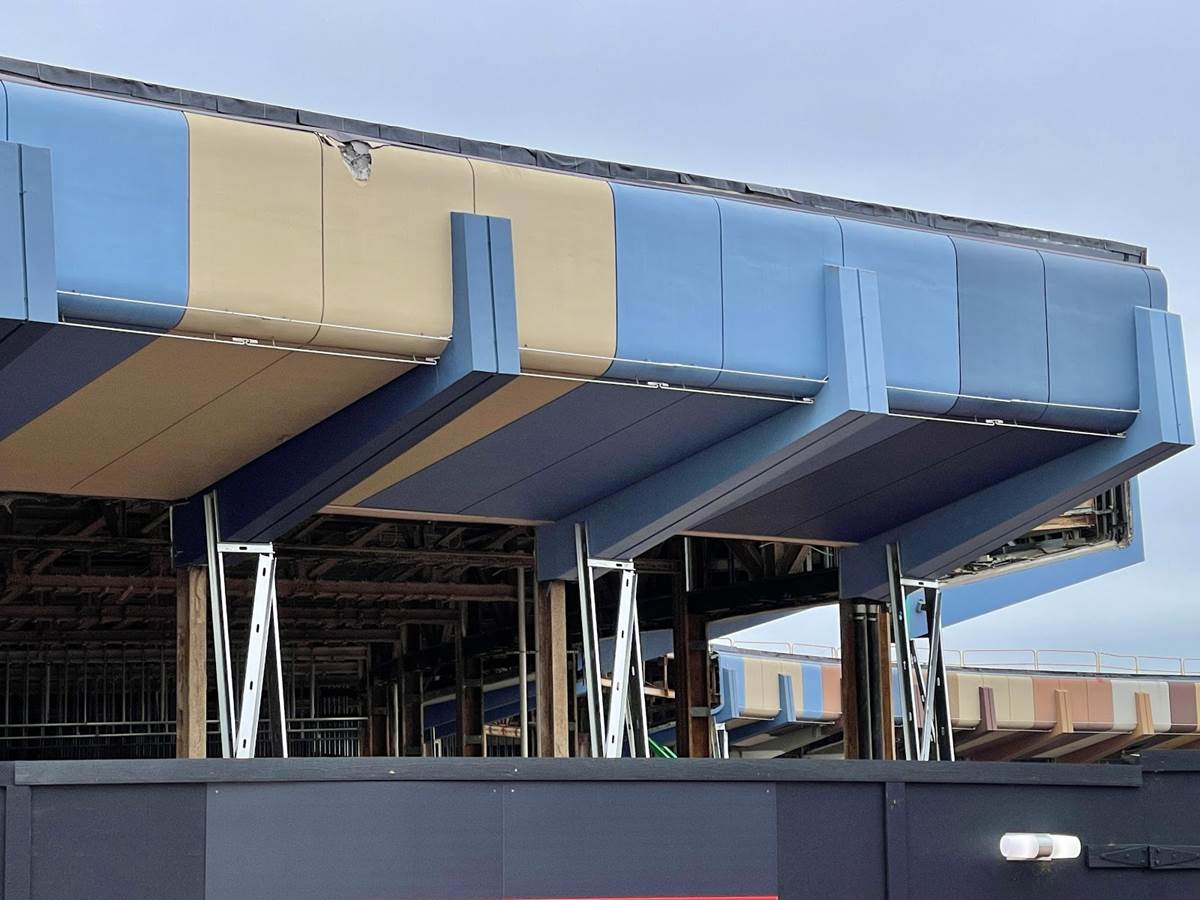 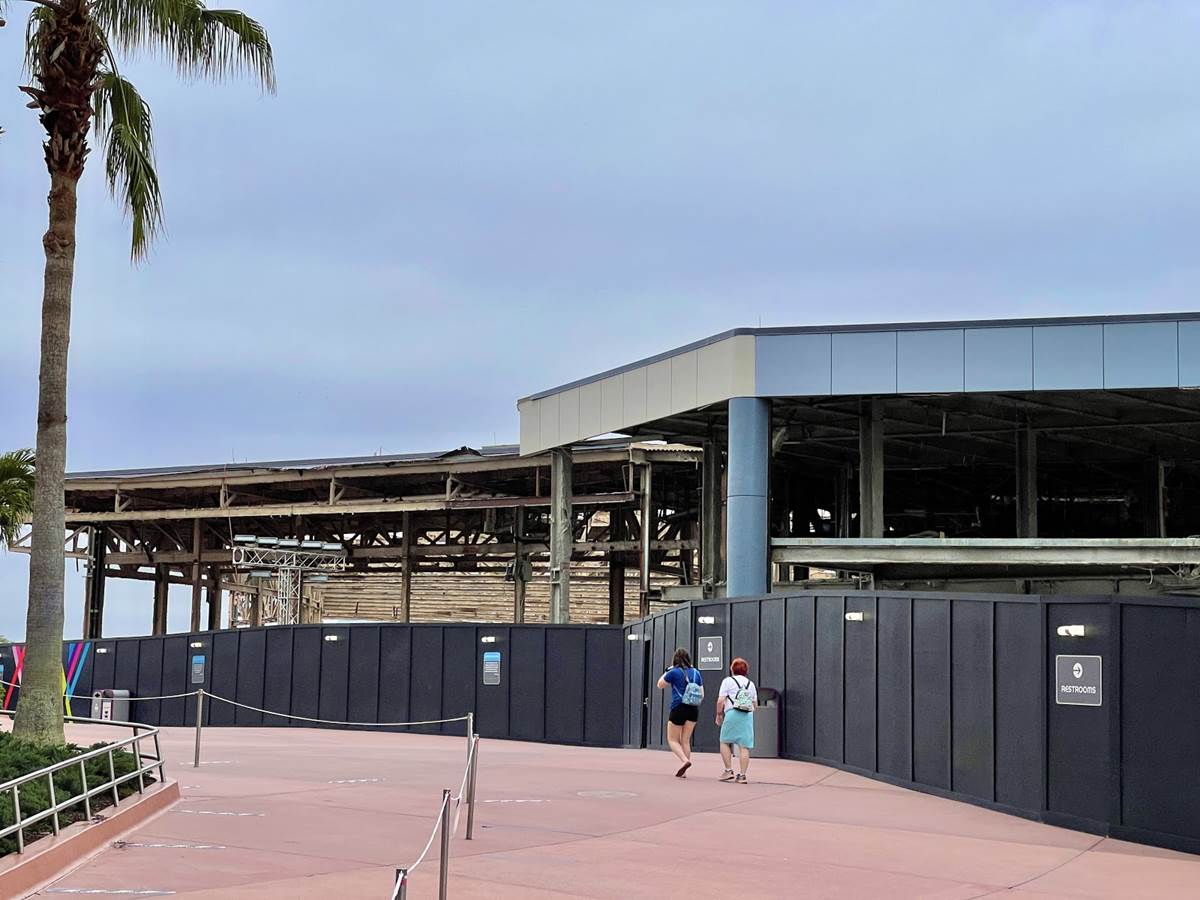 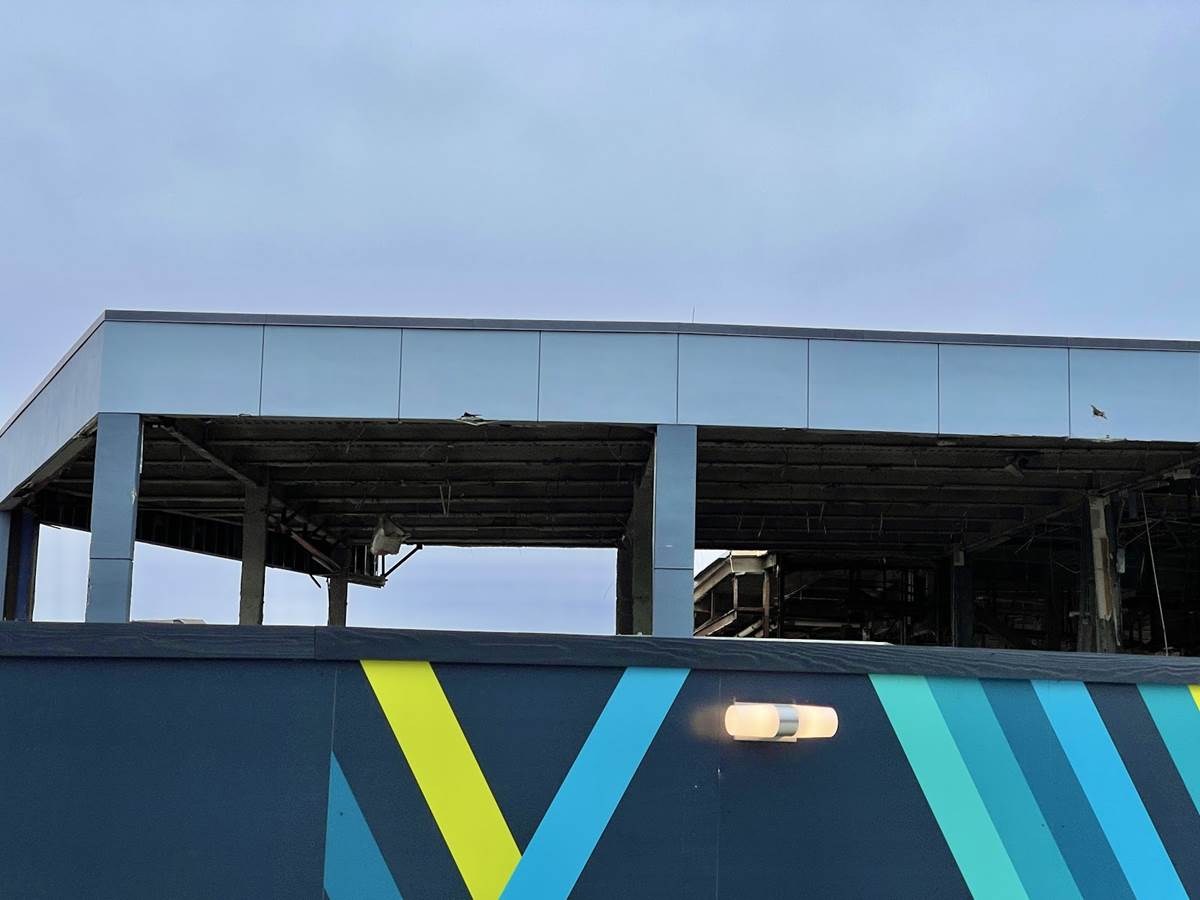 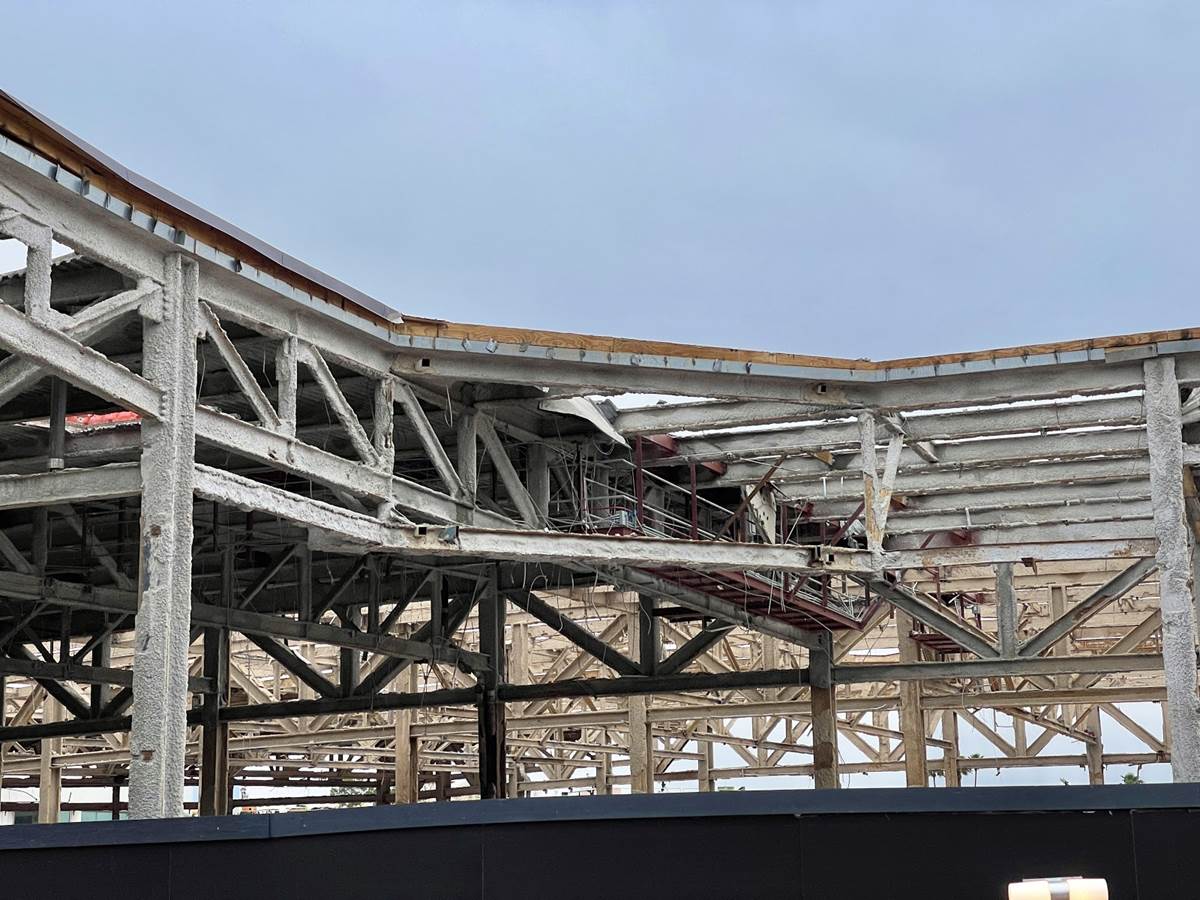 Interestingly, fences have gone up around the grassy hill that has been seen as the home of Winnie the Pooh and Joy from Inside Out recently, sitting between The Land and Imagination! Pavilions. This is likely for the butterfly garden that will be part of the Taste of EPCOT International Flower and Garden Festival coming up at the park.