We were at the Magic Kingdom at Walt Disney World earlier today to check out the latest news and happenings in the park, and we found that the Main Street Firehouse, previously used as the starting point for those playing Sorcerers of The Magic Kingdom, has been restored to its former glory. On display, centered in the firehouse, is one of the classic Main Street Vehicles, the popular fire truck that would go up and down Main Street USA carrying passengers one way to Cinderella Castle, or back down again to Town Square. The truck was also used in the former Family Fun Day Parade, and by the residents of Main Street USA (streetmosphere characters), namely Chief Smokey, the fire chief. 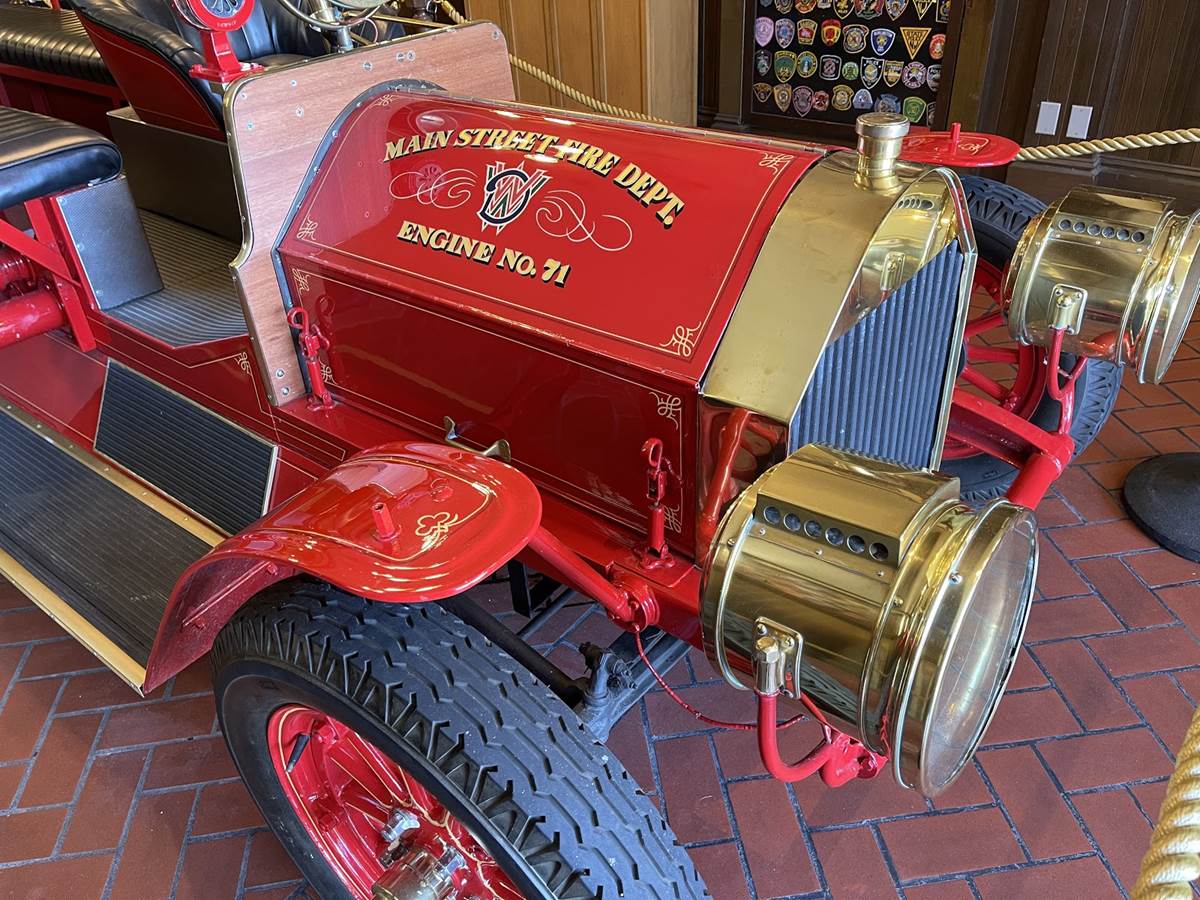 It should also be noted that at this time, given the modified operations of the parks, none of the Main Street Vehicles are currently operating. When they return, it is unclear if the fire truck will remain in this location.

Guests from fire departments around the country have donated patches to the Main Street Firehouse, which remained displayed on the wall, even in the days of Sorcerers of the Magic Kingdom, and are still there today. Guests also have the opportunity to get their dalmatian (It’s a firehouse!) crushed pennies, with imagery from 101 Dalmatians. 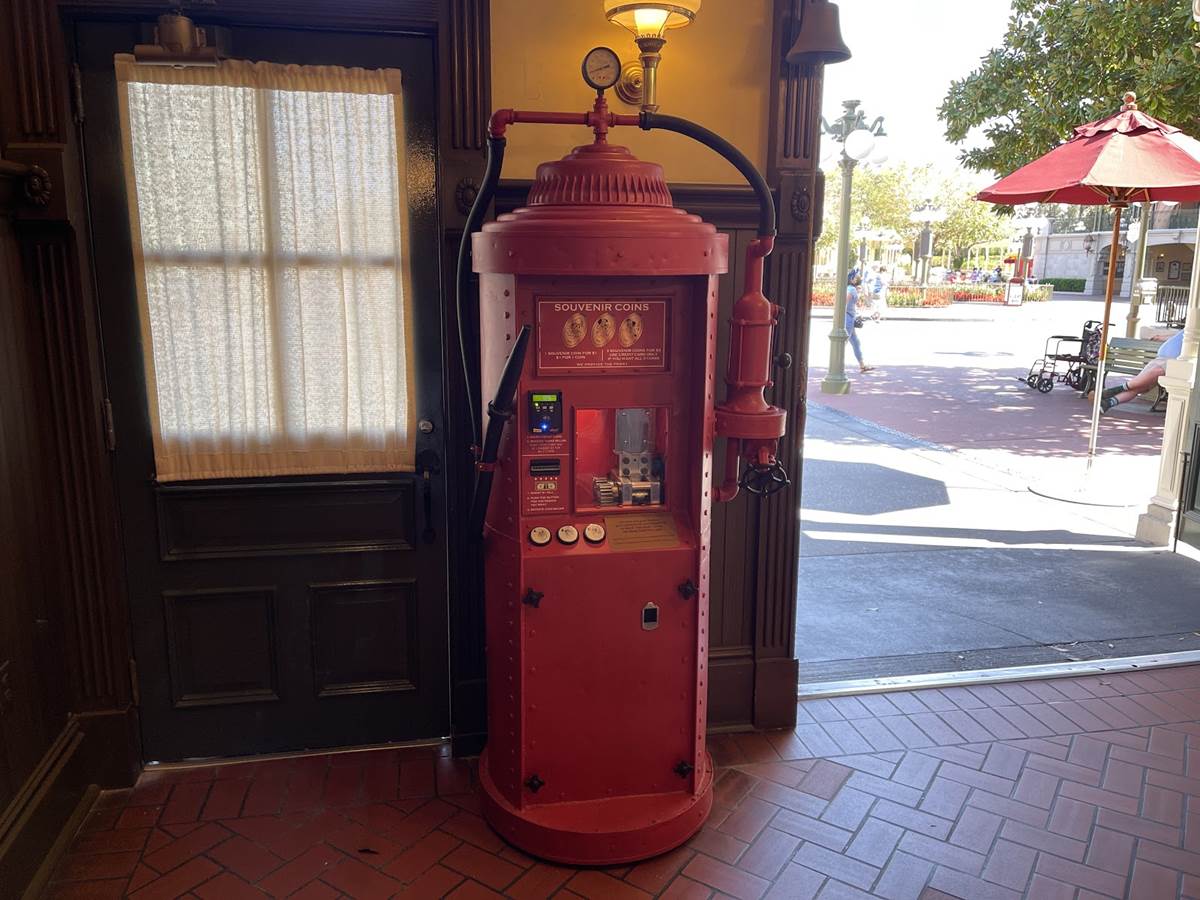 Screens are still in place, though not functional, remnants from the recently closed Sorcerers of the Magic Kingdom attraction. You can read all about the now extinct attraction here. 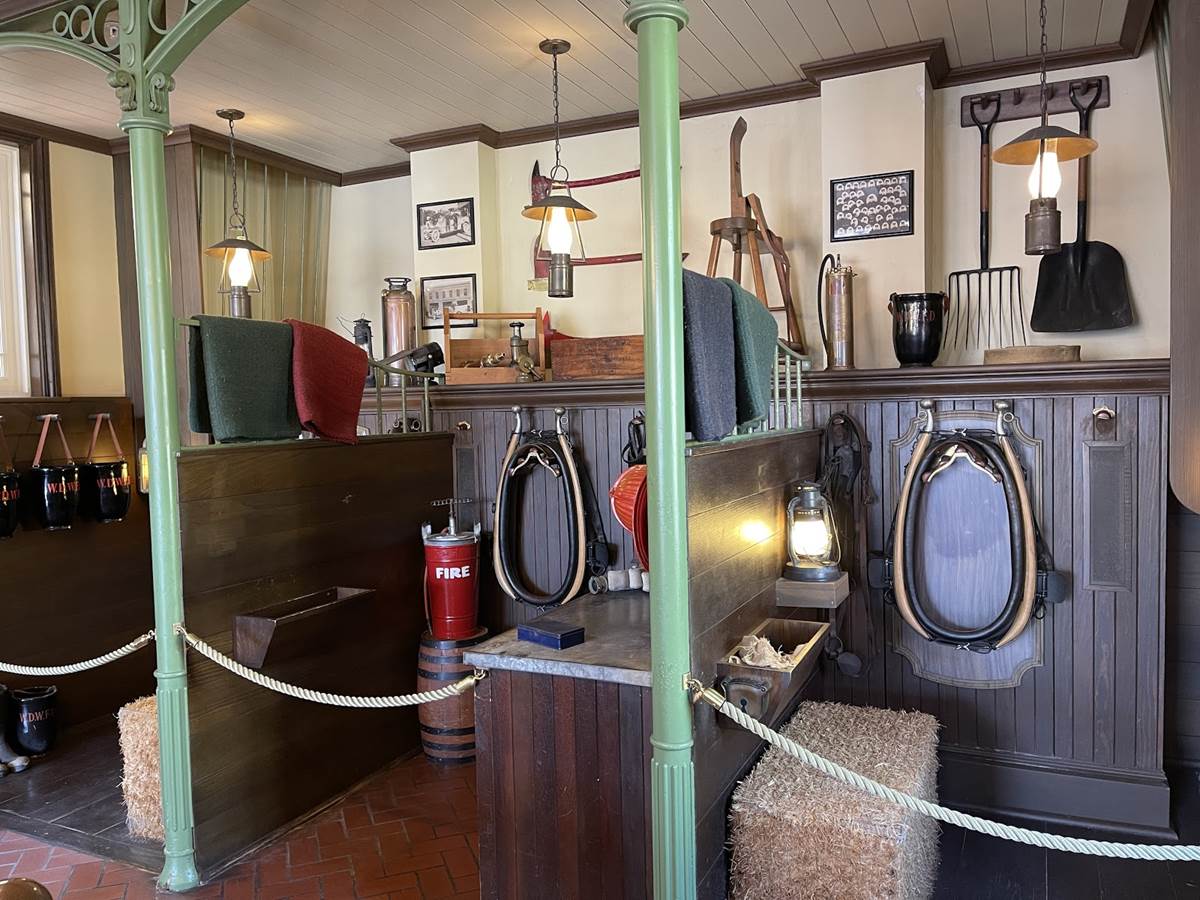 This was just some of the fun that was had while we were at the park today, and you can check out some more of that fun from the replay of our live stream from earlier today below!