Deadline has reported that Christopher Pennock has died at the age of 76. The actor was known for his role in ABC’s General Hospital and Dark Shadows. 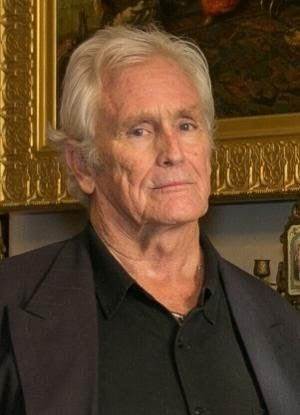 Born in 1944 in Jackson Hole, Wyoming, Christopher Pennock is known for his role in the ABC show Dark Shadows, which was a gothic soap opera that aired on the weekdays from June 1966 through April 1971. The show went through the life of the wealthy Collins family in Maine where supernatural occurrences took place.

Pennock played the role of Jebez "Jeb" Hawkes, Sebastian Shaw, and others on the show from 1970-1971. He later reprised his role in the audio drama Return to Collinwood released in 2004.

He also appeared on and off-broadway, and in multiple soap operas including ABC’s General Hospital from 1978-1979 as Mitch Williams.

Pennock passed away on February 12 after days of hospitalized care in California. The announcement was made by his wife, Lynn Dunn Pennock.

It is with tremendous sadness that we share news that beloved #DarkShadows actor Christopher Pennock (Jeb Hawkes, Cyrus Longworth, John Jaeger, Gabriel Collins) died peacefully in his sleep in hospital on February 12 at the age of 76… pic.twitter.com/d1pqlyFLul