The third season of National Geographic’s Genius kicks off on March 21st with Genius: Aretha, a four-night event with two episodes premiering each night. By March 25th, which would be Aretha Franklin’s 79th birthday, all eight episodes will be streaming on Hulu. In advance of this historic event, Women in Music (WIM) Atlanta partnered with Women in Film and Television Atlanta (WIFTA) for a virtual event with two of the actresses from the upcoming series. 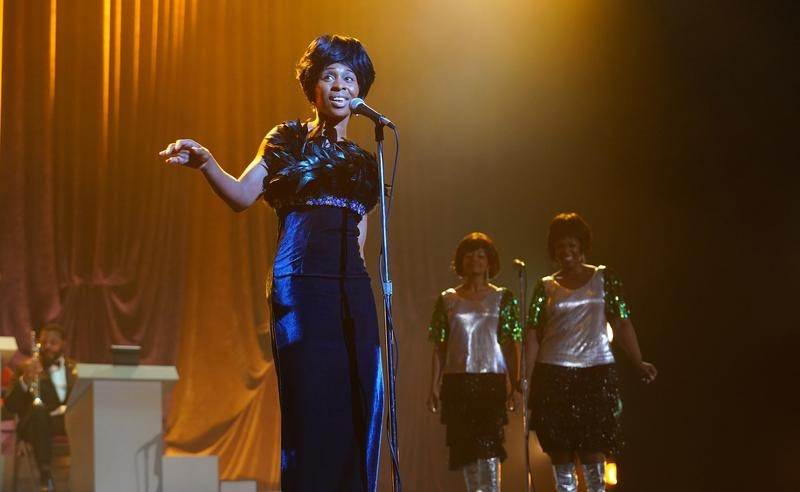 Patrice Covington and Rebecca Naomi Jones play Aretha Franklin’s sisters on the show, Erma and Carolyn. They shared that one of the important takeaways from the series is that while Aretha was fiercely independent and led a very private life, she also relied heavily on her sisters as a support system and was able to let herself go through her music. The extent to which Erma and Carolyn supported their sister applied to all areas of life, professionally singing backup for the singer, helping take care of her kids behind the scenes.

As depicted in the series, part of Aretha Franklin’s genius was the ability to understand music without being able to read music. She could write memorable songs and convey them to musicians, teaching them how to play soul and gospel music without playing an instrument herself. This season promises to show a different type of genius than the stereotypical aging white male whose own brilliance makes them insufferable to those around them.

Both Patrice Covington and Rebecca Naomi Jones started their audition process through self-filmed auditions. For Patrice, it was a stressful time while she was in Las Vegas as a backup singer for Christina Aguilara’s Planet Hollywood residency. Having met Aretha Franklin while performing as Squeak in the 2015 Broadway musical adaptation of The Color Purple, auditioning for the series was important to her. She recalled Aretha Franklin’s patience with all the performers after the show, allowing them each to take photos with her and complimenting Patrice on her voice.

Rebecca Naomi Jones grew up with music all around her with a father who was the music director for The Cadillacs. She remembered loving harmonies from a young age, but when the audition process began for Genius: Aretha, she was recording a lot of video auditions and felt like she probably wouldn’t get the part because she wasn’t tall like the real Carolyn. Thankfully she didn’t let that stop her and she got the part, at first working overtime in Daniel Fish’s Broadway revival of Rodgers & Hammerstein’s Oklahoma and flying to Atlanta to film the series.

Production began in November 2019, but due to multiple stops during the pandemic, they didn’t finish until a year later in November 2020. Patrice and Rebecca reminisced about their wardrobe during the shoot, much of it made up of actual vintage garments from the periods they were acting in. They also applauded the set, which featured a lot of Black employees behind the scenes in addition to on camera. When audiences get to see the finished product this March, they’ll get to hear Cynthia Erivo, Patrice Covington and Rebecca Naomi Jones harmonize as the Franklin sisters on classic songs that include “Chain of Fools,” “Save Me,” “Angel,” and “See Saw.”

Genius: Aretha is produced by 20th Television and Imagine Entertainment for National Geographic.