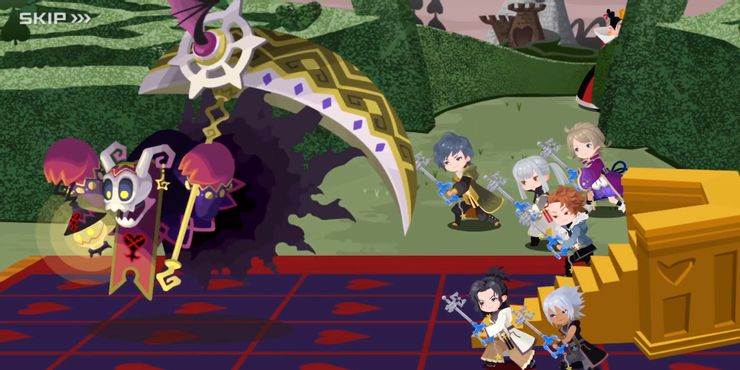 Thank you for playing Kingdom Hearts Union X Dark Road. We have an important announcement regarding the future of this title.

It is with a heavy heart that we make this announcement, and we sincerely apologize for the news. The entire KHUXDR team is deeply grateful for all the support and enthusiasm players have shared throughout the years, and we look forward to what the future holds.

We thank you, our players, again for your support and enthusiasm. A short time remains before the end of service on May 30, 2021, but we would love to see everyone continue to enjoy Kingdom Hearts Union χ Dark Road until then.

May your heart be your guiding key.