The Universal Orlando Resort is upgrading their flagship CityWalk store where visitors can pick up goodies from both theme parks in addition to popular Comcast franchises. The equivalent of the resort’s World of Disney, the store will be moving to the main path guests walk down in CityWalk that connects the parks to the resort’s parking garages. Moving into a large space that used to occupy several smaller stores, the new main entrance will incorporate the Universal planet Earth logo above the doors on its shiny facade with a slanted roof. 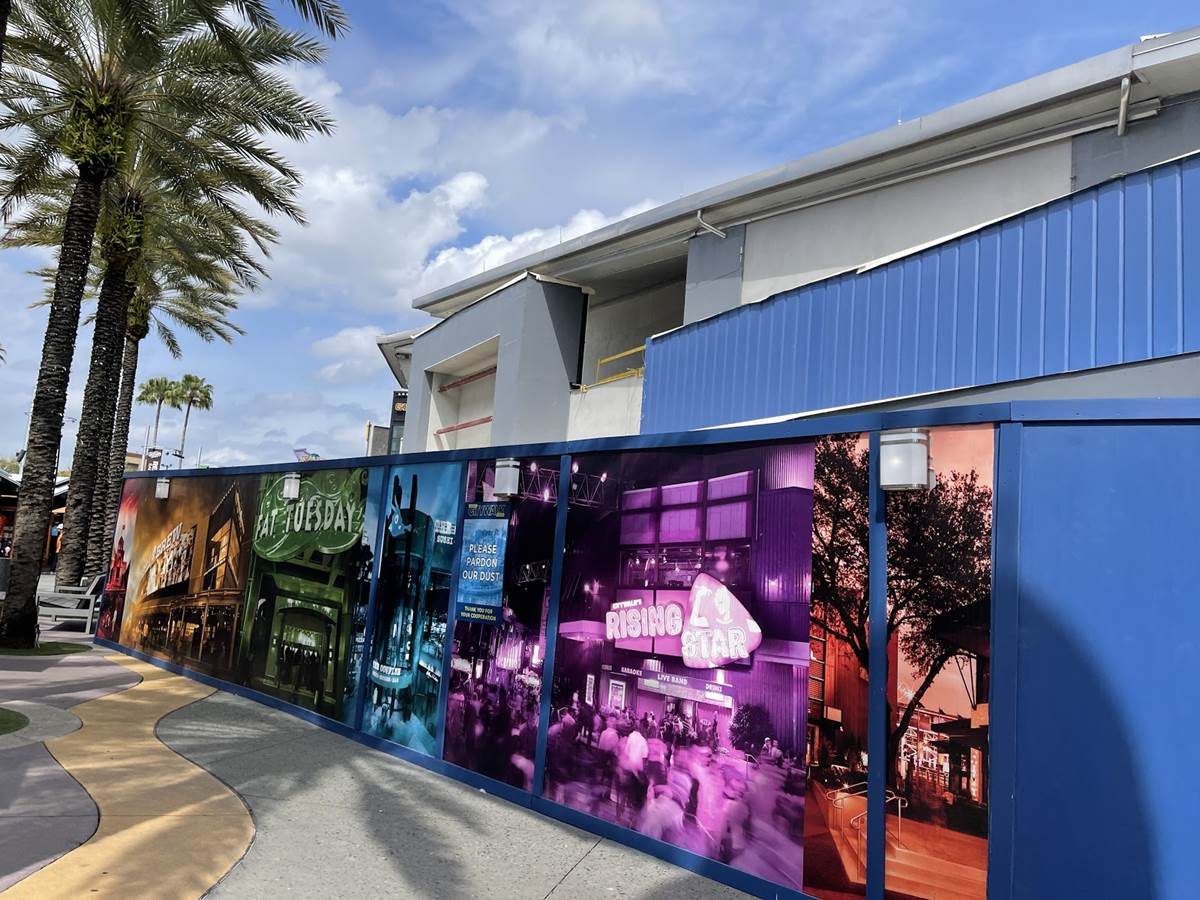 Work is progressing to modify the exterior of the building to fit this new theme. 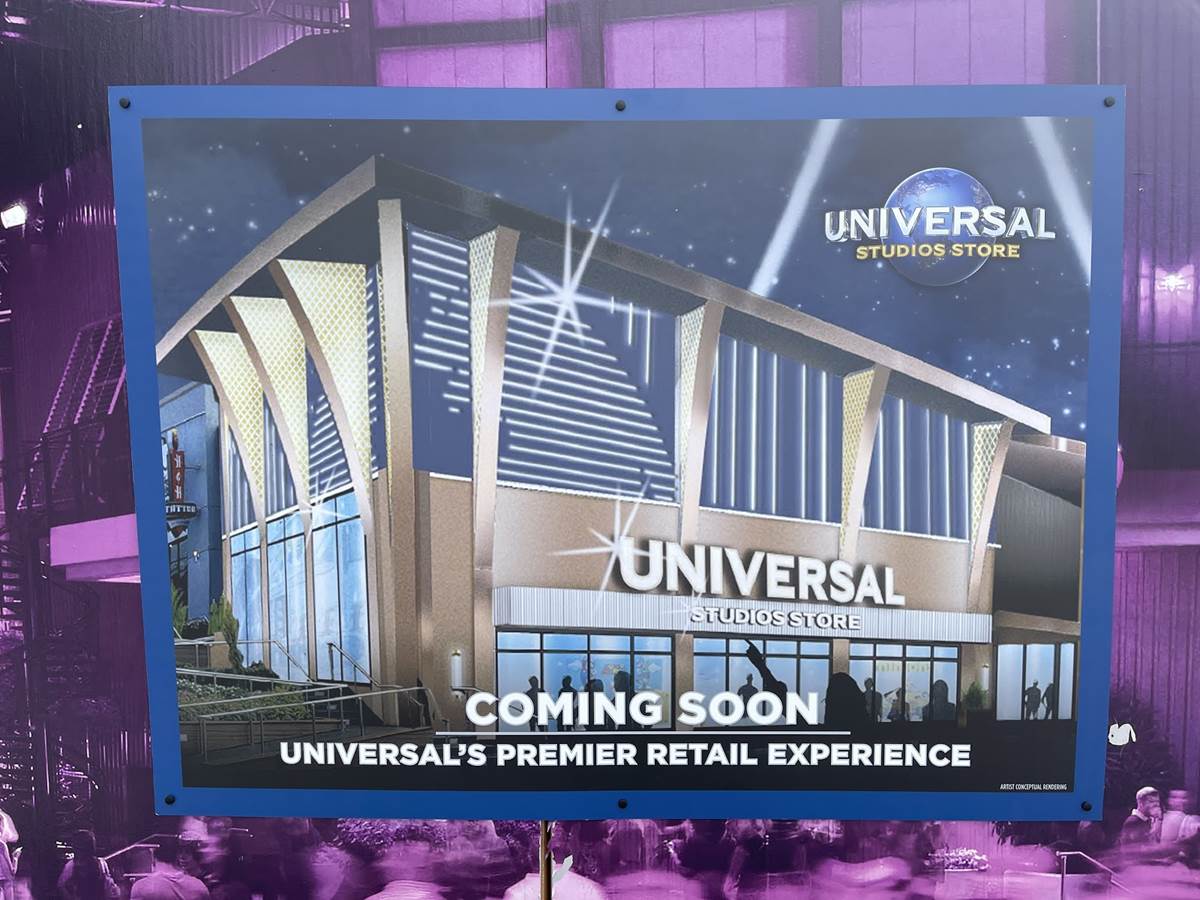 Another corner of the store close to the popular Voodoo Donuts will catch the eyes with another sparkly homage to the Universal logo. 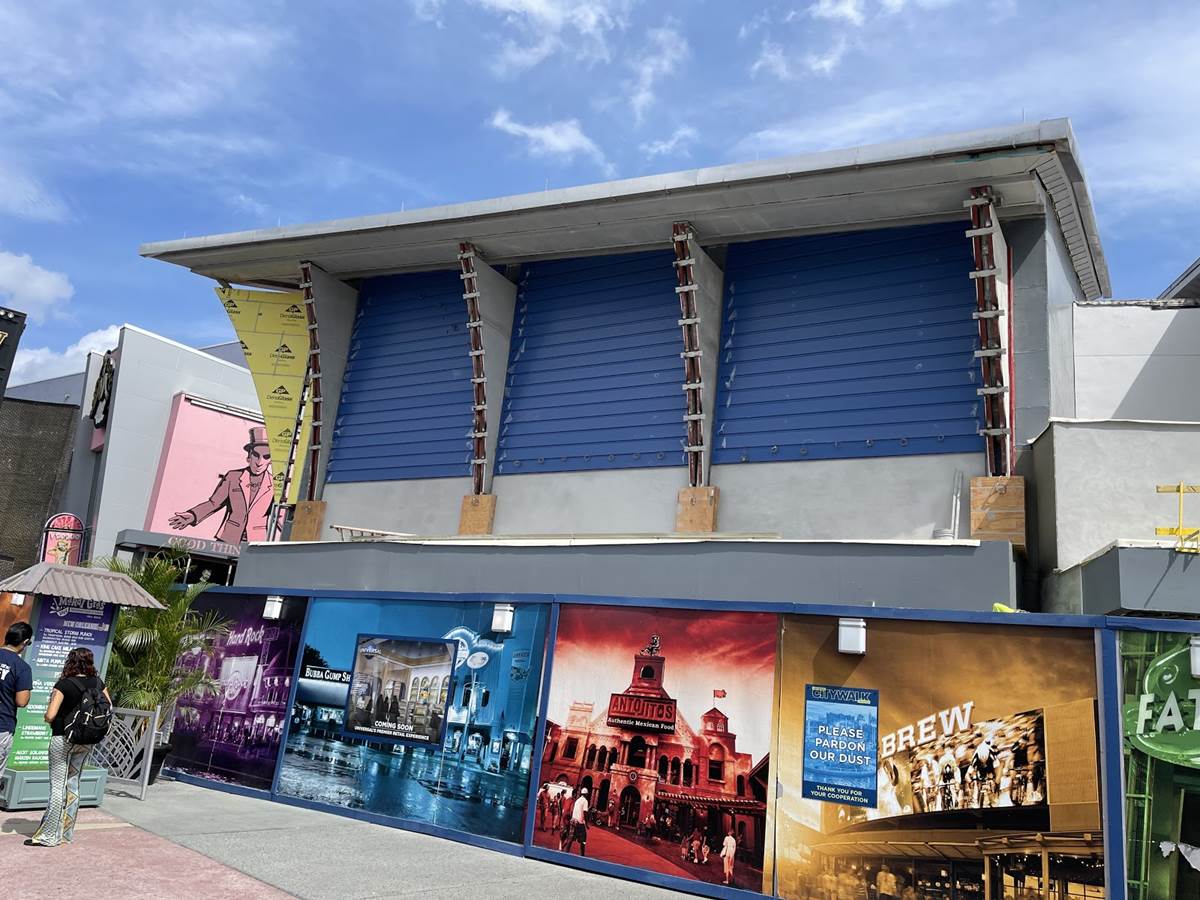 You can see how the new design blends into the current structures that exist in this area of CityWalk while still giving the building a more appealing facelift. The interior is shown in concept art on the construction wall, making the new location look a lot more open than the current store near the main entrance of Islands of Adventure. Like the recent redesign of World of Disney, the new store also looks like it’s designed to make it easy to change out the product on display based on what’s currently popular. 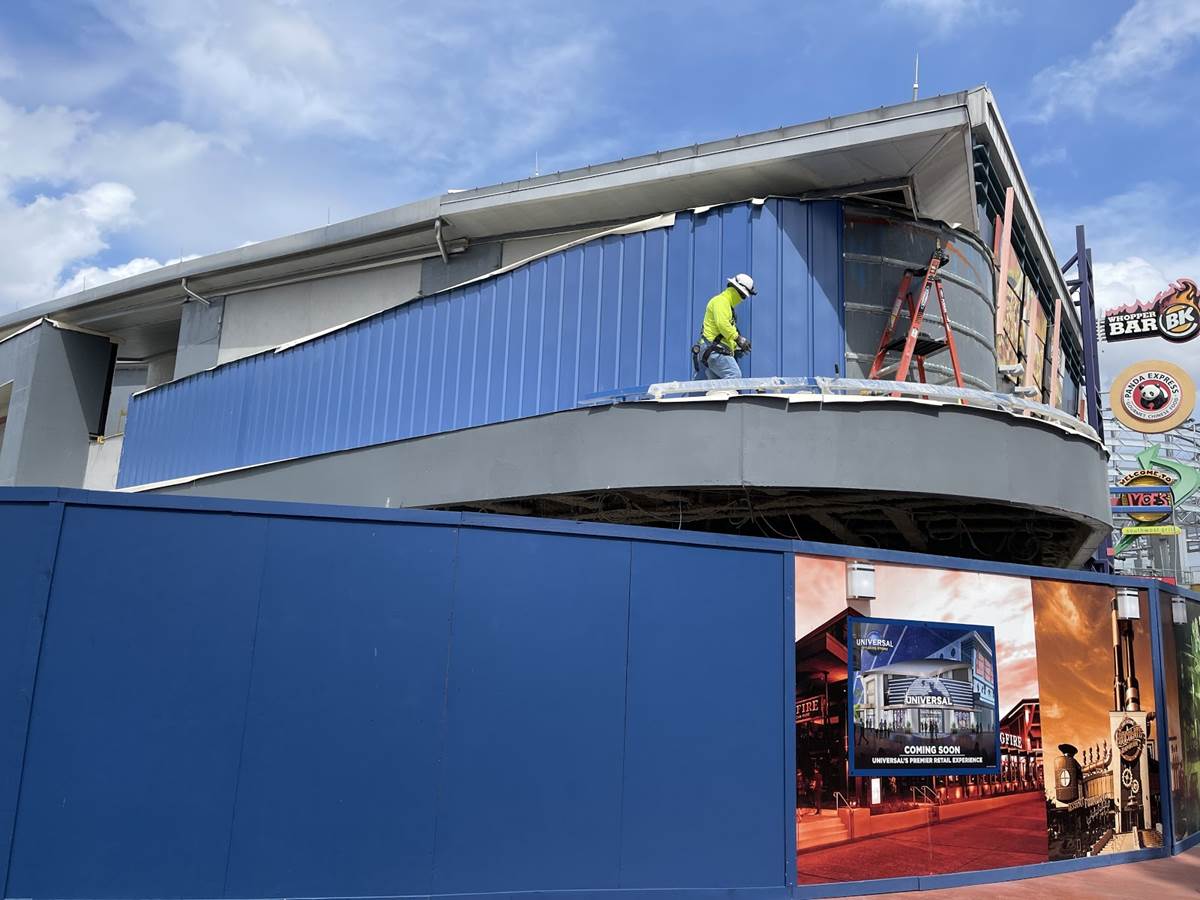 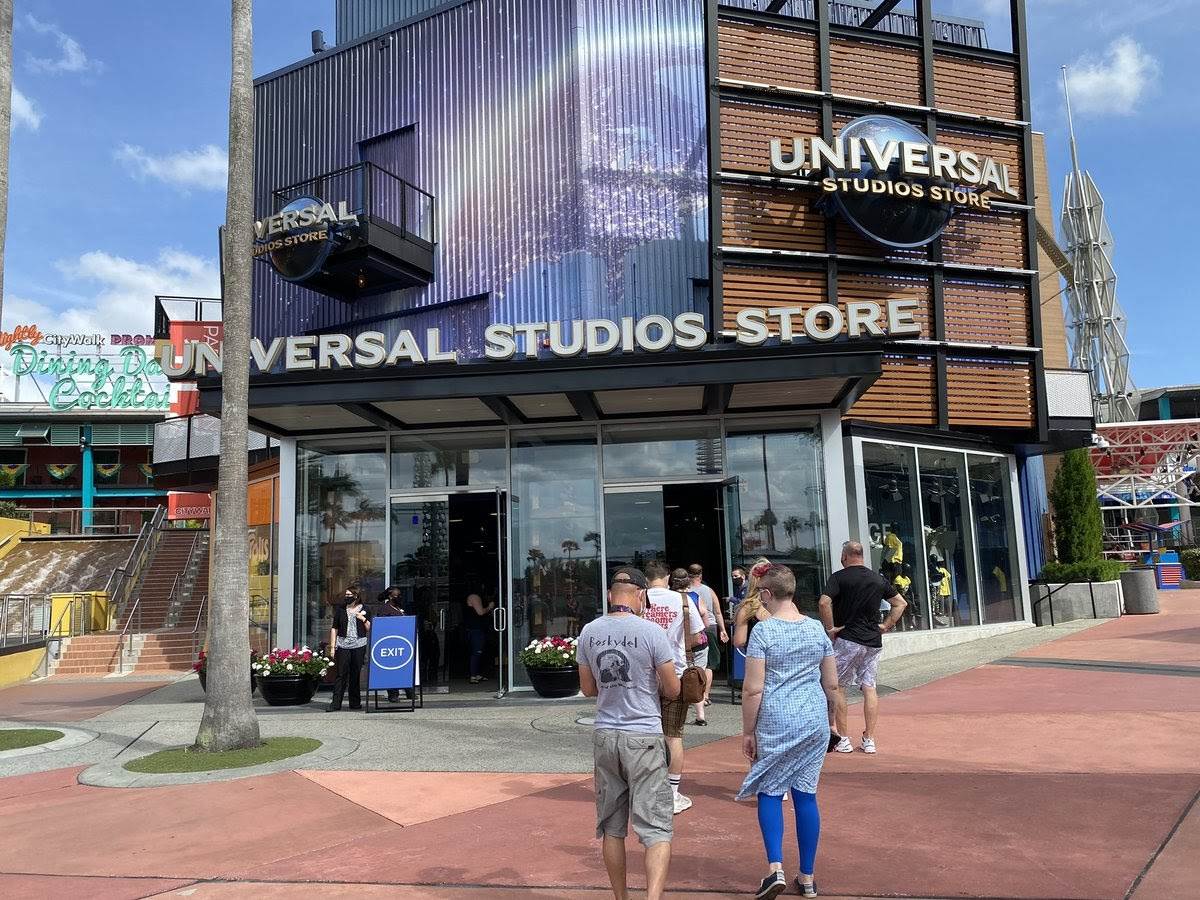