A virtual launch party is going to be held on Thursday, April 29 to celebrate the next installment in the Star Wars: Thrawn Ascendancy series by Timothy Zahn. 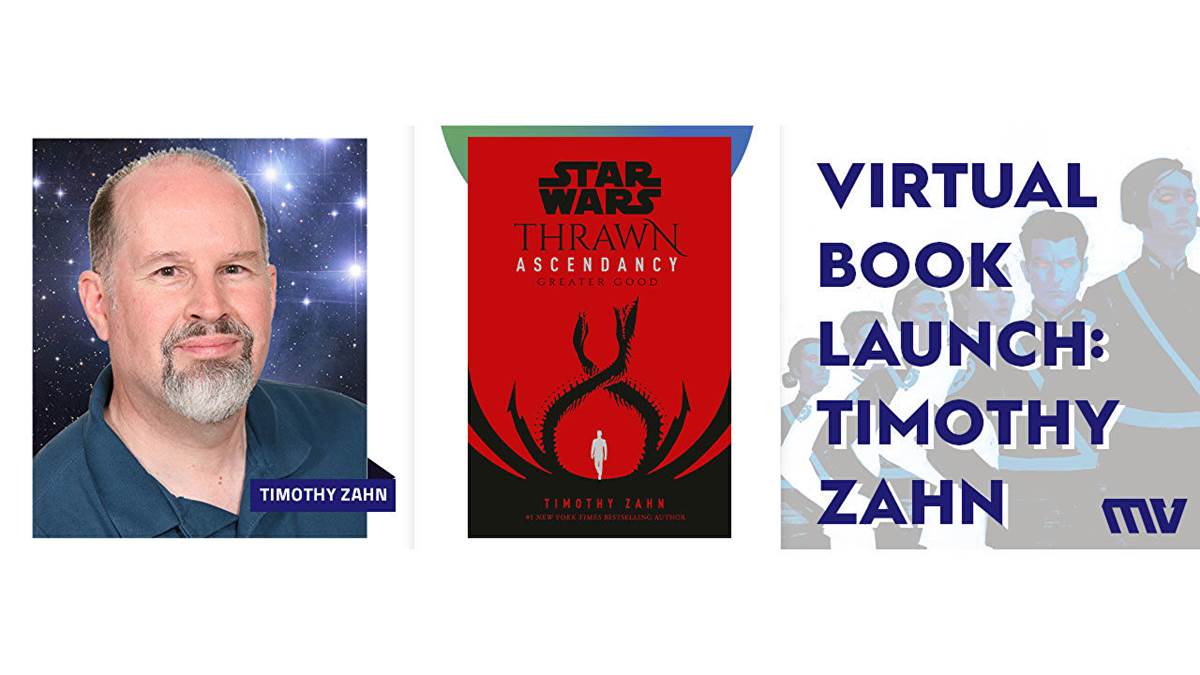 “Thrawn and his allies race to save the Chiss Ascendancy from an unseen enemy in the second book in the epic Star Wars: Thrawn Ascendancy trilogy from bestselling author Timothy Zahn.

Thrawn’s latest triumph still rests newly on his shoulders. He has led the Chiss to victory and brought glory to the House of Mitth, but the true threat to the Ascendancy has not yet been extinguished. Their foes do not send threats or ultimatums, do not mass ships on the edge of the Chaos. Their weapons come cloaked in smiles and generosity: Gifts offered freely. Services granted unconditionally.

Across the Ascendancy, seemingly inconsequential events could herald the doom of the Chiss. As Thrawn and the Expansionary Defense Fleet rally to uncover the plot, they discover a chilling truth: Rather than invade Chiss capitals or pillage resources, their enemy strikes at the very foundation of the Ascendancy, seeking to widen the rifts between the Nine Ruling Families and the Forty Great Houses below. As rivalry and suspicion sow discord among allies, each warrior must decide what matters most to them: the security of their family or the survival of the Ascendancy itself.”