Bob Chapek Will Appear On the Next Episode of the “Corporate Competitor Podcast” Coming Out Tomorrow, April 21

Bob Chapek, The Walt Disney Company CEO, will be on the latest episode of the Corporate Competitor Podcast airing tomorrow, April 21. 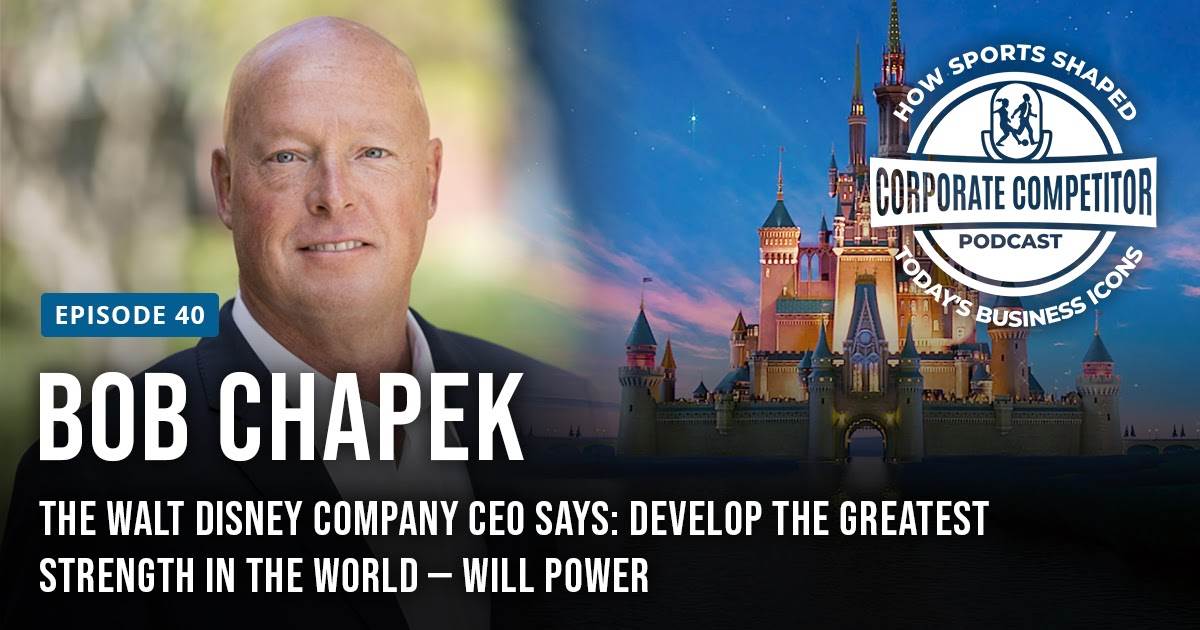 As a track and cross country athlete, Bob Chapek used to run beneath the smokestacks of the steel mills and oil refineries of his native Hammond, Indiana, and imagine that he was headed to someplace else. His legs were strong, but his imagination and resolve were stronger and carried him far away from those smoke clogged streets to the magical kingdom of Disney, where he has spent nearly three decades leading growth and transformation at The Walt Disney Company, home to some of the most respected and beloved brands around the globe, including Disney, Pixar, Marvel, Star Wars, ESPN and National Geographic.

Listeners looking to sharpen their presentation and leadership skills will receive a mini-tutorial from the master himself as Bob shows how he has turned “overpreparation” into an art form, including his patented “pencils down” process.”

You’ll be able to listen to the podcast on DonYaeger.com and podcast services such as Apple Podcasts and Spotify.