ESPN and Marvel announced a groundbreaking collaboration today to launch the first-ever Marvel-inspired alternate presentation for the Golden State Warriors vs. New Orleans Pelicans game on Monday, May 3. The exclusive alternate presentation, NBA Special Edition Presented by State Farm: Marvel’s Arena of Heroes, will start at 7:30 p.m. ET on ESPN2, ESPN+ and ESPN Deportes with the traditional game telecast on ESPN. This marks ESPN’s second live NBA game on ESPN+. 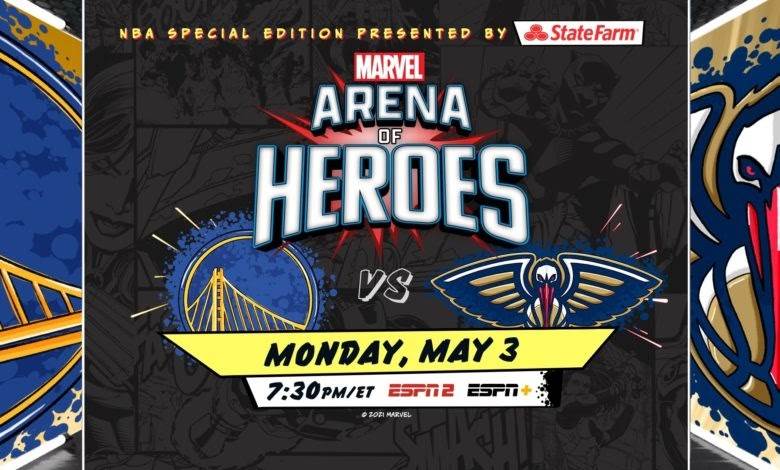