Over the last year, the skyline of Mickey’s Toontown at Disneyland Park has been drastically altered (temporarily!) as the show building for Mickey and Minnie’s Runaway Railway takes shape, with a large, hilarious banner telling us not to believe our own eyes! 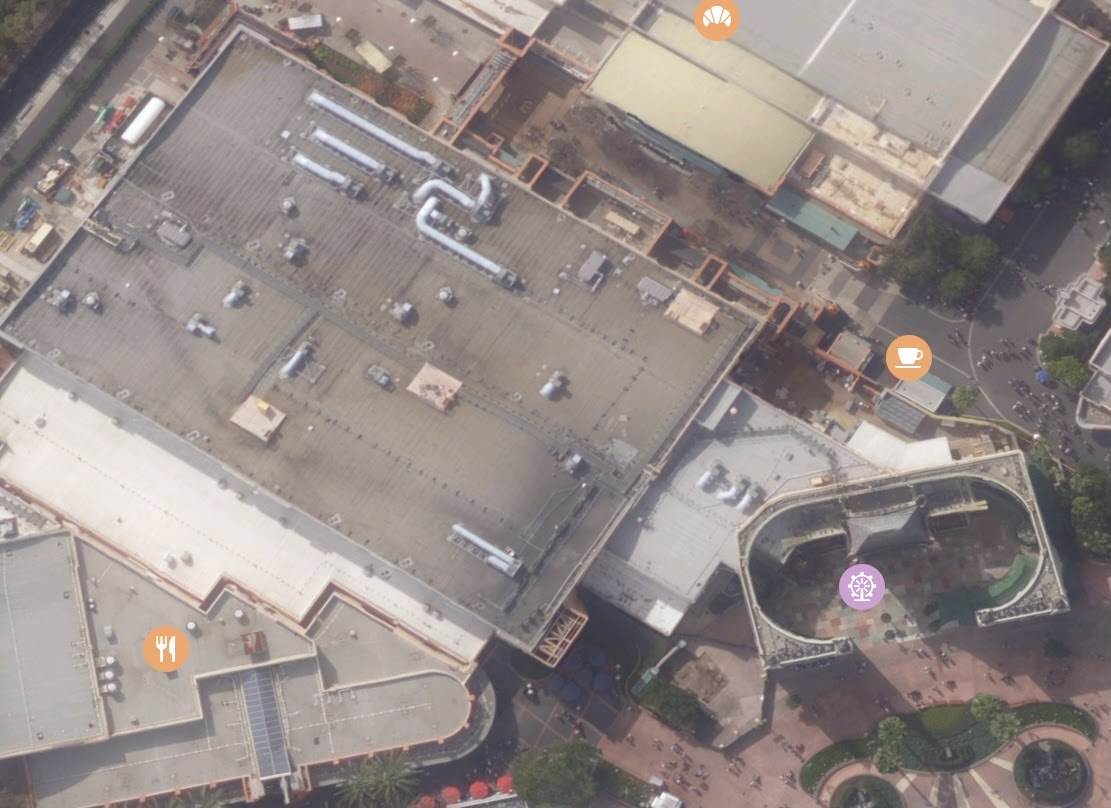 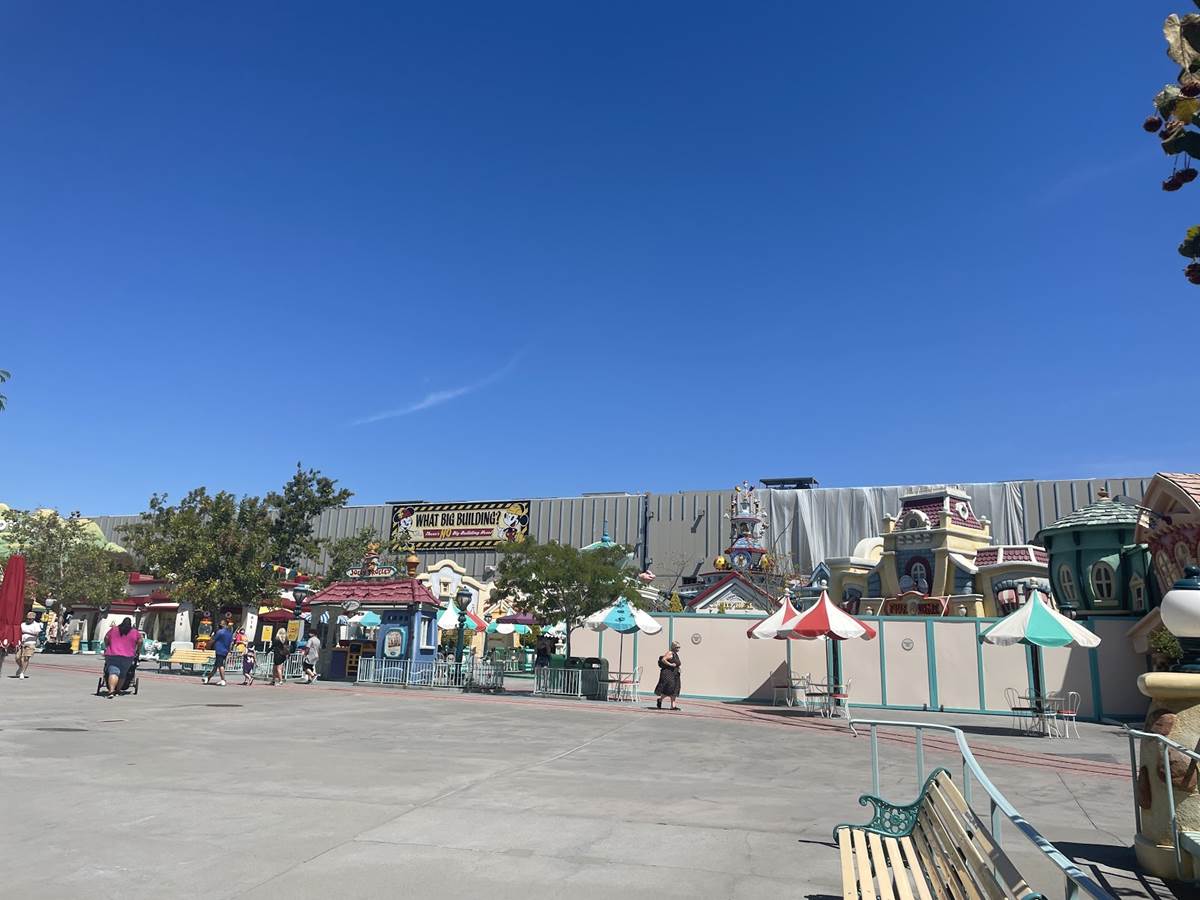 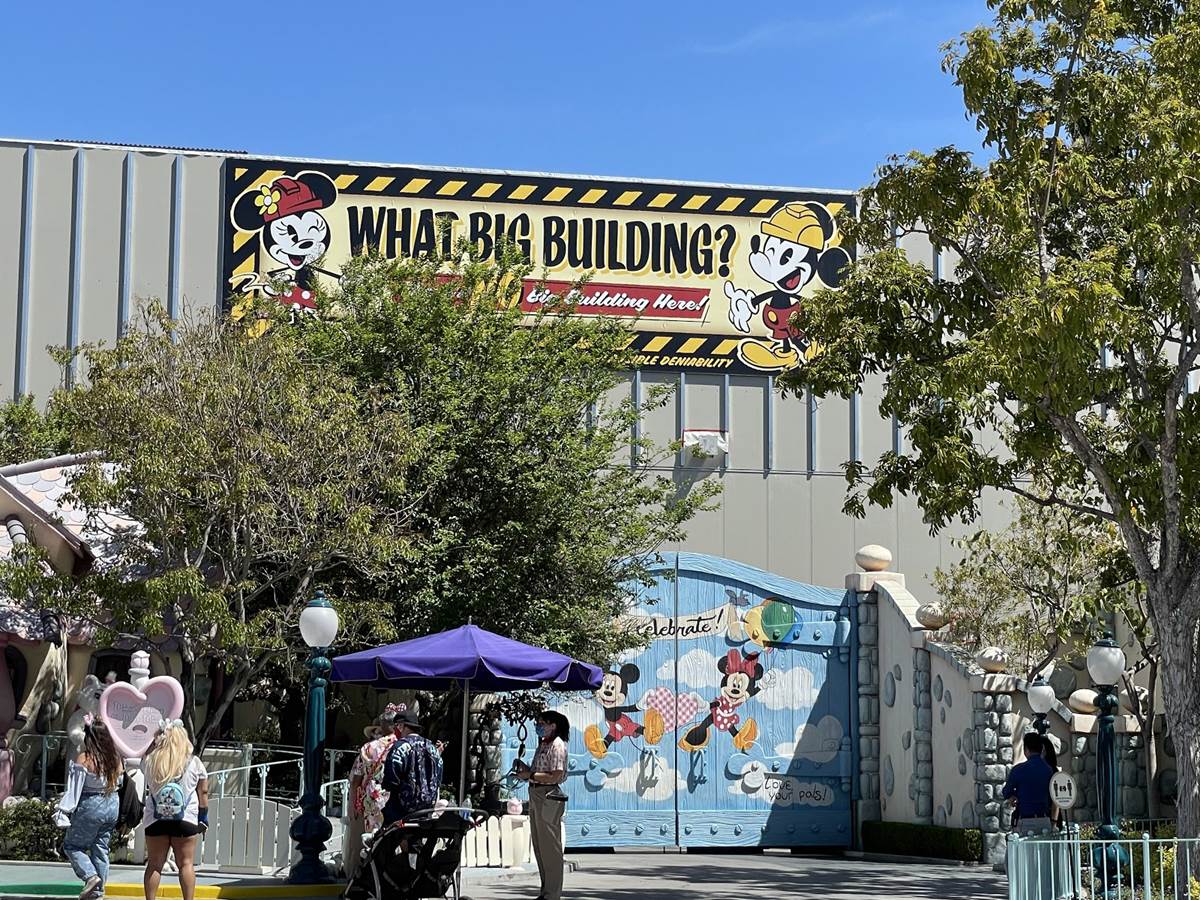 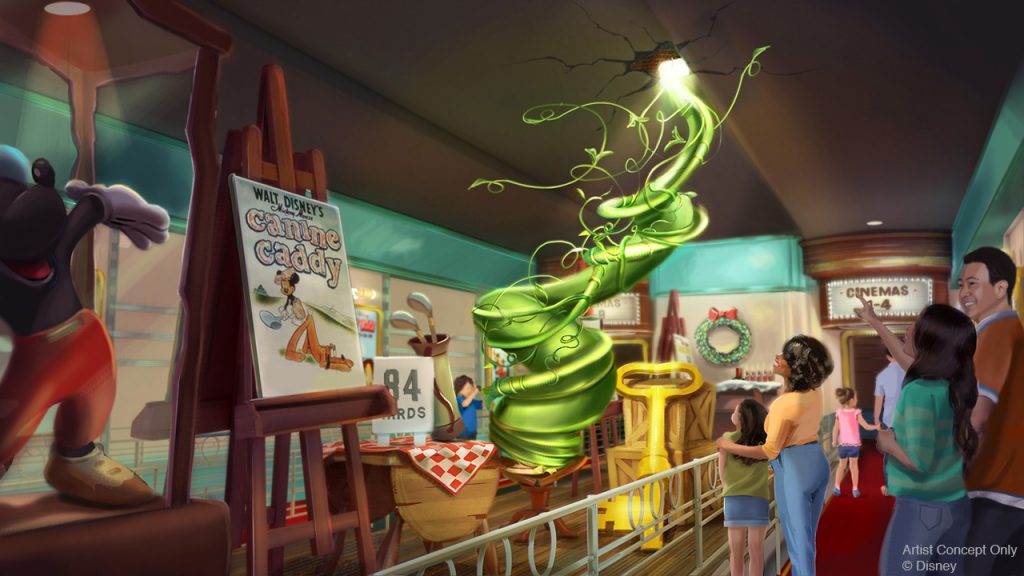