Fans have grown accustomed to the Marvel Universe over the last 80+ years, following their favorite stories, characters and teams through every twist and turn. Some have prided themselves on knowing every last corner and detail of that universe and how it operates. Now, all of that is gone.

“Heroes Reborn #1” has completely rewritten the Marvel Universe and introduced fans to a whole new world, where the Avengers don’t exist and the Squadron Supreme is considered to be Earth’s Mightiest Heroes. It’s time to learn a brand new Marvel Universe. Blade woke up in a new world and quickly realized something is wrong. The Avengers don’t exist, Phil Coulson is President and there doesn’t seem to be a single vampire anywhere. Naturally, the daywalker goes to work on figuring out just what exactly is going on here.

It doesn’t take long to learn that the Squadron Supreme are now Earth’s Mightiest Heroes, with Hyperion leading the way with his incredible strength. Not only that, but all of these heroes have their own rivalries with classic Marvel villains like Doctor Doom and many others.

What Blade has to figure out now, on top of how all of this happened, is whether or not this new world is a better one. Things seem to be under control – at least until they aren’t. An all-out assault on the Squadron Supreme gives Blade the perfect opportunity to get some information and set up his next move. 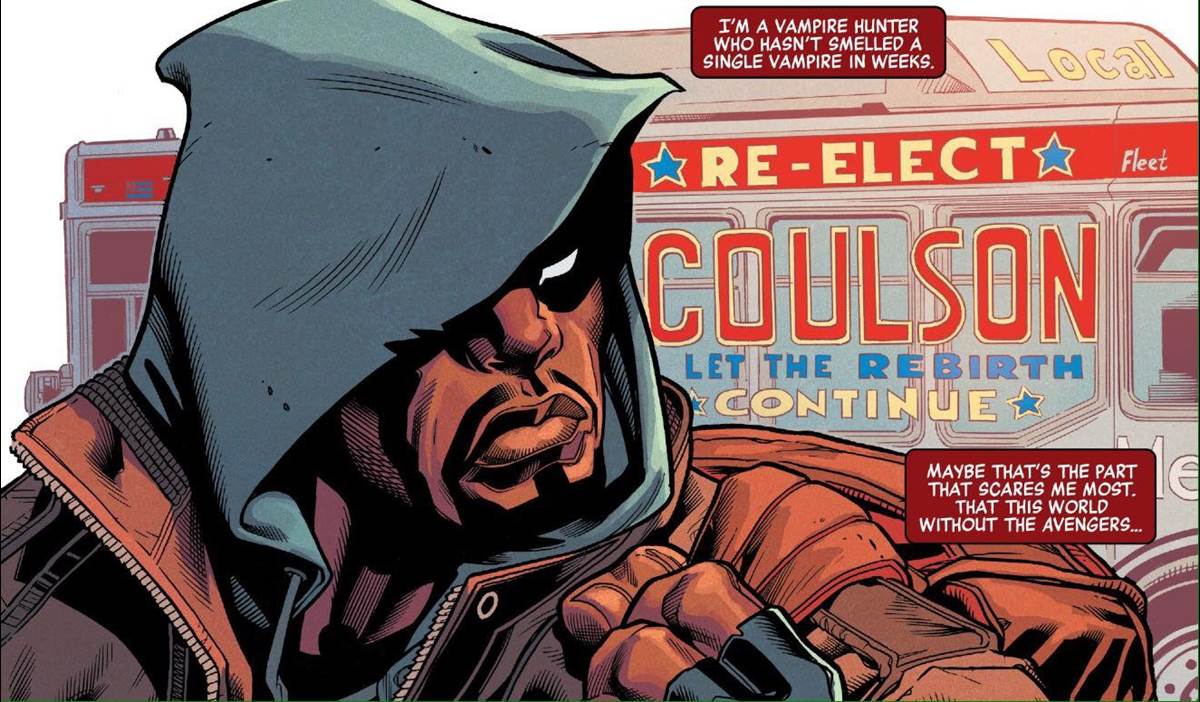 The concept of dropping a single hero into a brand new universe where everyone else thinks things are normal isn’t exactly a new one. Stories like “Days of Future Past” and “House of M” have played this card before, so writer Jason Aaron really needed to do something to make this one different.

He did that by explaining away what was different about so many of your favorite characters and how so many others are still pretty much the same. But if that’s not enough, he also set up a very exciting concept going forward that should lead to some incredibly interesting stories and fights we never thought we would see. 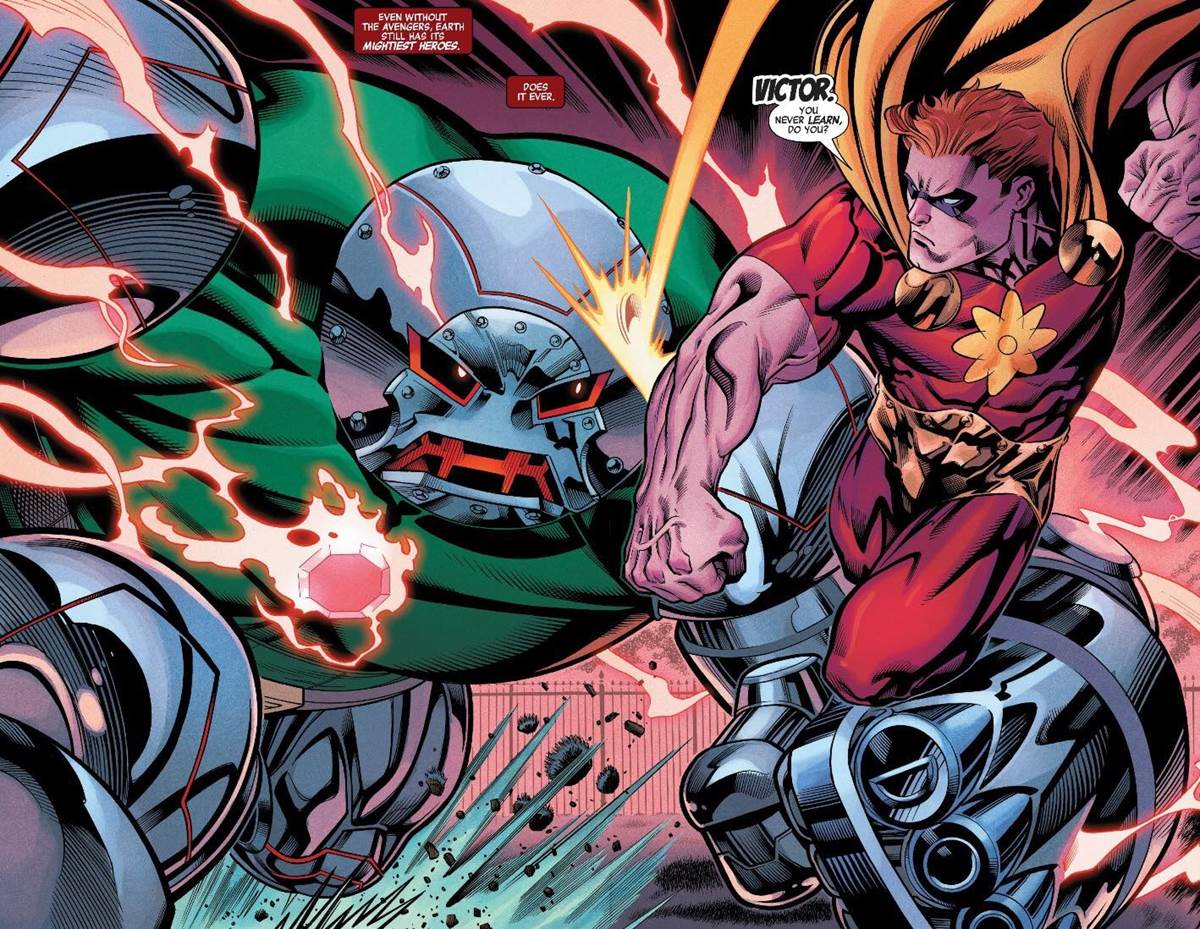 This also teases the concept of a very interesting moral dilemma. If this world is in fact better than the one that seems to have been left behind, does Blade have an obligation to simply leave things as they are? It’s so much more than just a fish-out-of-water story or even a classic superhero story. There’s a legitimate philosophical base to this.

And yet, we still get all the fun of superhero fights and brand new looks for classic characters and new ones alike. All of the flashy, smashy fun stuff that you love about your comic books is still there. It’s just on top of what should be a very interesting new story. 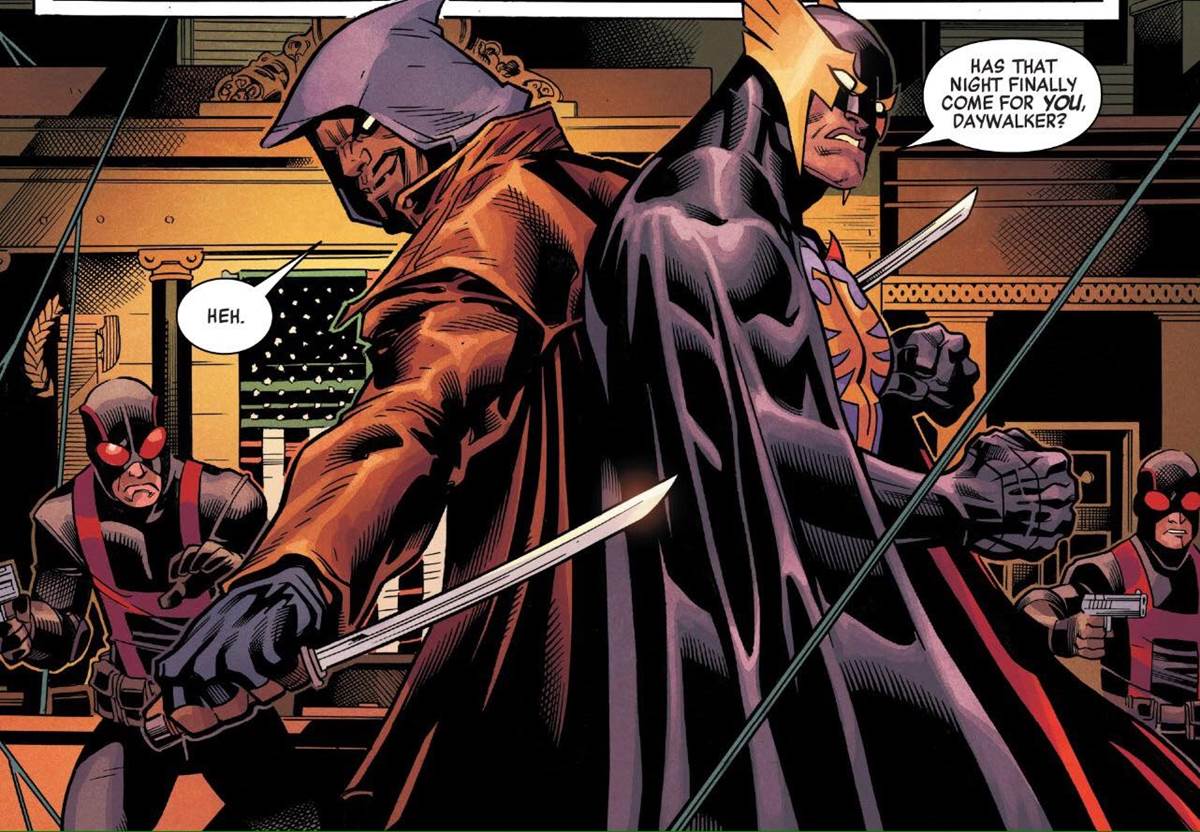 You can check out “Heroes Reborn #1” now. For more on this week’s comics, check out today’s episode of Marvel Time: