Disney+ announced Loki Watch Party Wednesdays as they count down to the premiere episode of Marvel Studios’ series Loki. 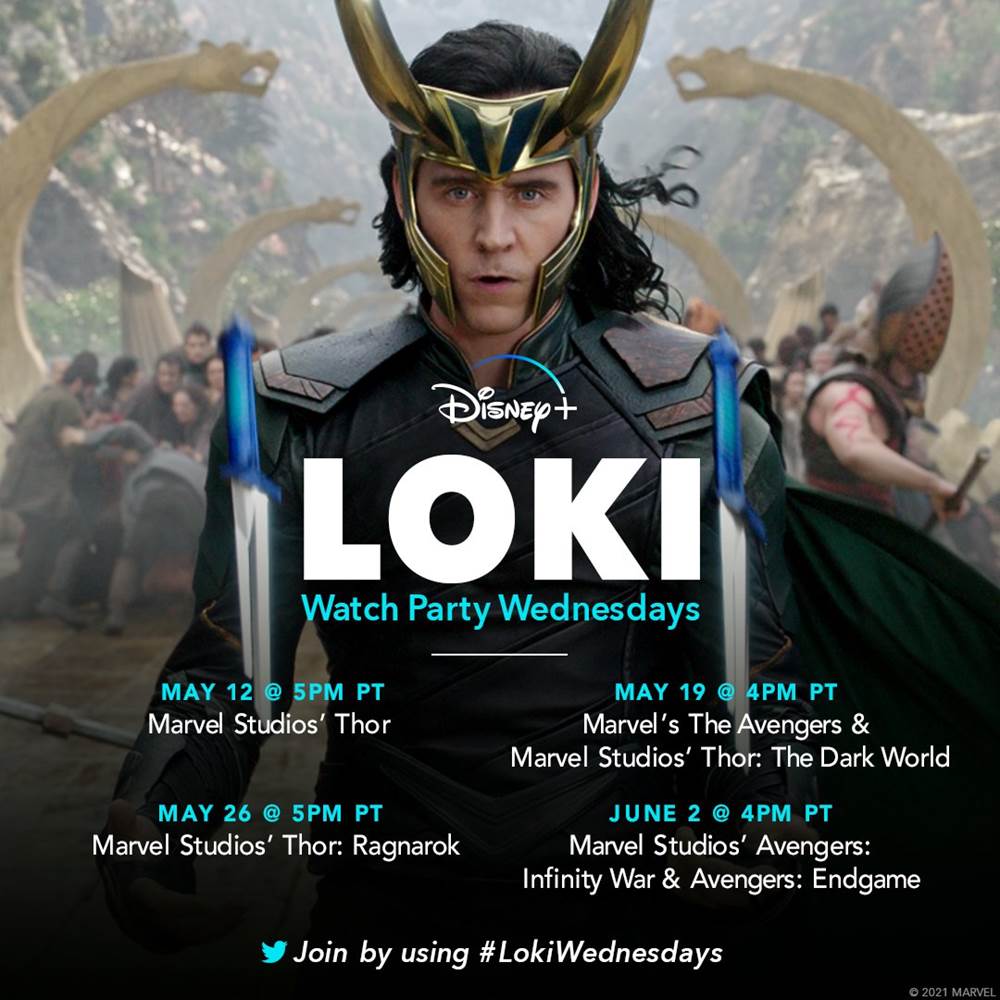 Wednesdays are going to RULE. Starting tomorrow, join us as we count down to the glorious premiere of Marvel Studios’ @LokiOfficial with #DisneyPlus watch parties every Wednesday featuring the God of Mischief. Tweet along with us using #LokiWednesdays. pic.twitter.com/8Coo7cBdWU

You can catch Loki when it premieres on Disney+ on Wednesday, June 9.