Mickey and Friends are set to take over the upper decks of the Disney Wish, complete with more pools, new casual dining, and Disney’s first-ever attraction at sea, AquaMouse, which we learned more details about today. 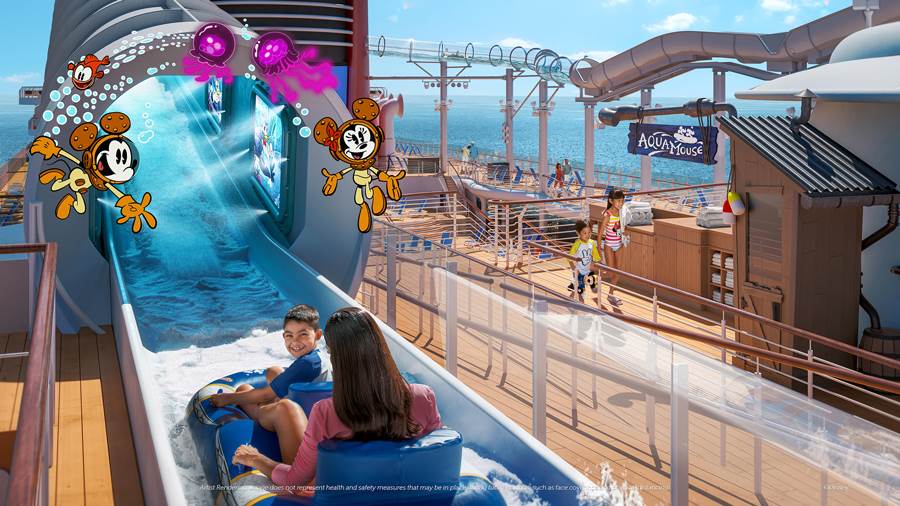 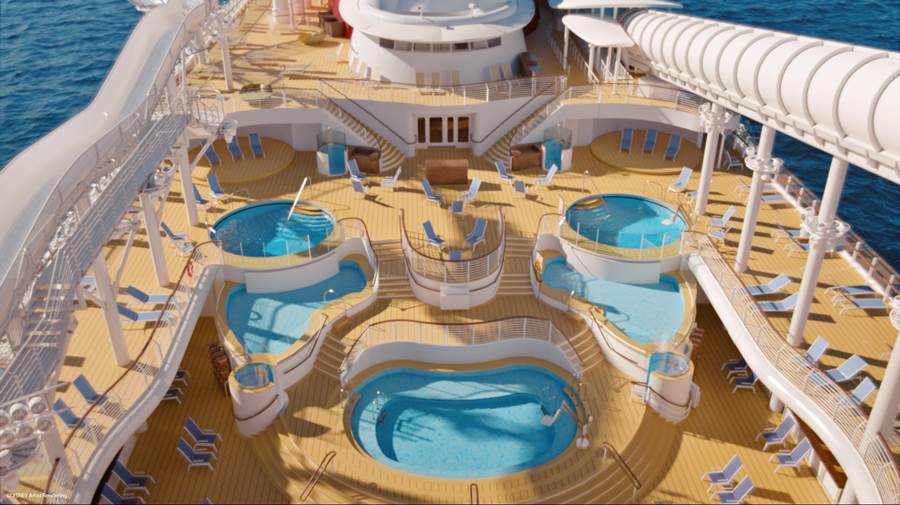