Disney PhotoPass has added another Tiny World Magic Shot location to their roster, the newest one located just outside of Star Tours: The Adventure Continues in Disney’s Hollywood Studios. 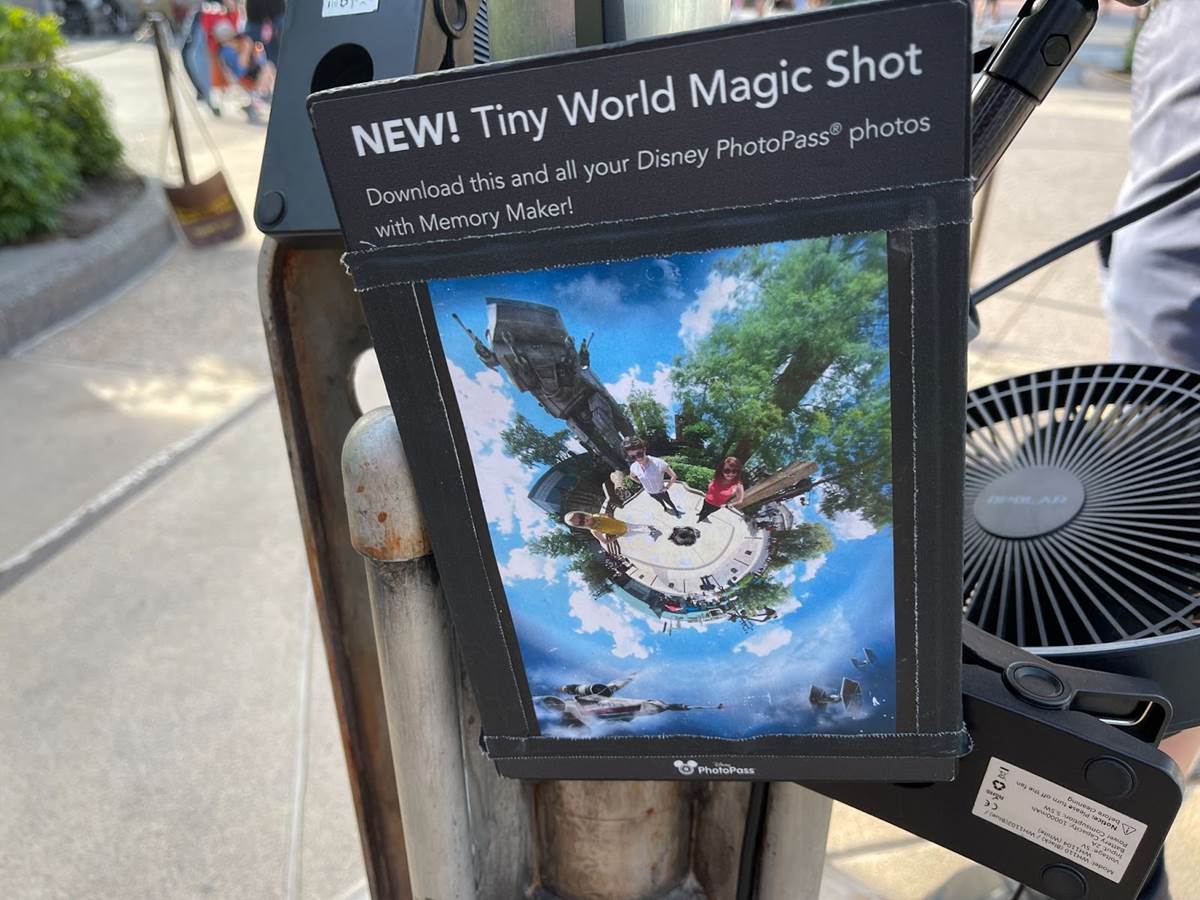 For the unfamiliar, Disney PhotoPass unveiled Tiny World Magic Shot photo options back in November 2019, with Star Wars: Galaxy’s Edge premiering the technology at the Walt Disney World Resort. Since then, Disney has expanded their offerings, most recently placing one inside Disney’s Animal Kingdom behind the Tree of Life. 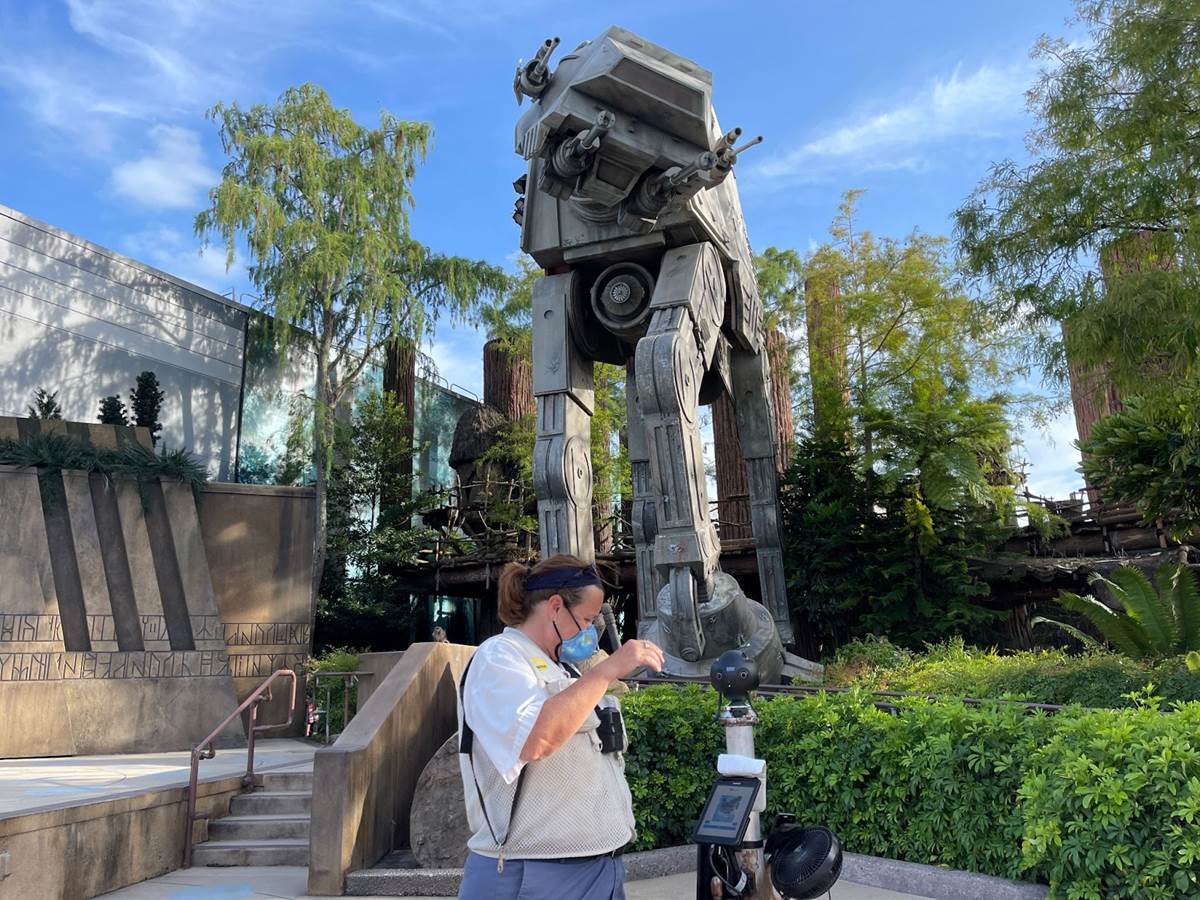 A Disney PhotoPass camera will assist you with your photo, having your party stand around the camera. They step out of the shot as the camera rises up on it’s stand to capture an incredible composite that makes it look like you and your party are standing on a tiny world. As you can see from Jeremiah’s photo, the AT-AT outside of Star Tours makes this a memorable spot for a Tiny World Magic Shot. If you’re interested in taking a photo like this on your next visit, be sure to do it before the sun sets as this option is not offered after dark. May the force be with you.